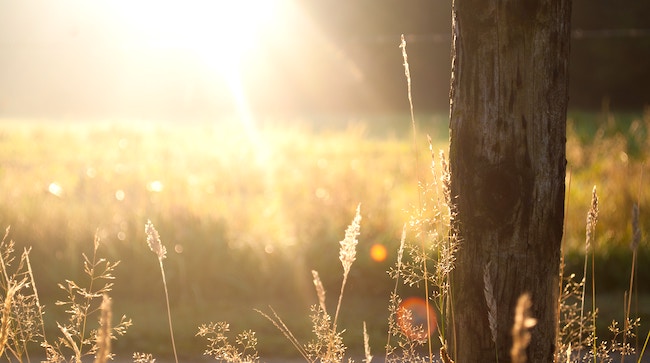 The Strength Of The Son 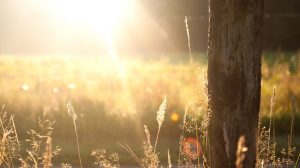 “Yitzchak went out to pray in the field towards evening…”(24:63)

Rashi translates “lasu’ach” which generally means “to speak”, as “to pray”. This follows the Talmudic tradition that Yitzchak established Tefilas Mincha, the afternoon prayer{1} However, the Ba’alei Hatosafos point out an apparent contradiction. The Talmud in Tractate Yoma refers to the afternoon prayer as “Tsilusa D’Avraham” – “the prayer of Avraham” which begins “when the walls cast shadows upon the ground{2}”. If Yitzchak established the Mincha prayer, why is it referred to as “the prayer of Avraham”?

In Hilchos Melachim, the Rambam states that Yitzchak was the patriarch who established the notion of praying “lifnos hayom” – “towards the end of the day{3}”. The Torah records that Yitzchak prayed “lifnos erev” – “towards evening”. What message is the Rambam conveying by changing the language of the verse?

The Talmud identifies the time to begin Avraham’s prayer as “when the walls cast shadows upon the ground”. This is immediately after noon, otherwise known as Mincha Gedola. Yitzchak, the Torah relates, prayed Mincha towards the evening. The Rambam states that this was specifically at the end of the day, for Yitzchak was establishing the opportune time for Mincha as Mincha Ketana. Although the parameters of the daily prayer times were set based upon the daily offering in the Temple, the channels of service were opened by our Patriarchs. Avraham was responsible for establishing the morning service for his progeny. His afternoon prayer was not intended to serve as a beacon for future generations. This undertaking he left to his son, Yitzchak. Yitzchak established the prayer of Mincha at a different time period than previously performed by his father. Although Yitzchak is the Patriarch responsible for instituting the prayer of Mincha, Avraham’s personal prayer was effective in broadening the time period for which the channel of the afternoon service would be open.

This week’s parsha recounts the negotiations between Avraham and Ephron the Hittite concerning the Cave of Machpeilah. The Midrash states that the words “Bnei Cheis” are repeated ten times in connection to the sale, teaching us that a person who assists a Tzaddik with a transaction is credited with having fulfilled the entire Ten Commandments{1}. Where do our Sages see any relationship between the Avraham’s purchase and the Ten Commandments?

Prior to engaging Ephron in negotiations, Avraham first approaches the Children of Cheis . He requests that they give him a burial plot for his wife. When they acquiesce to his request, he asks them to intercede on his behalf and convince Ephron to give him the Cave of Machpeilah. Finally, Avraham mentions that he wishes to pay the full cost for the land. When Ephron agrees to gift the land to Avraham, Avraham requests that Ephron accept full payment Why does Avraham begin by asking for a gift, but insist upon paying for the land once his request is granted?

When he hears that Avraham wants to pay the full price for the land, Ephron comments: “eretz arba mei’os shekel kesef beini uveinecha mah hi” – “land worth four hundred silver shekels between me and you – what is it?{2}”. Ephron is minimizing the expense involved. He appears to be telling Avraham that this amount of money is of no consequence to wealthy individuals such as the two of them. However, Rashi does not interpret Ephron’s comments in this manner. Rather, Rashi explains Ephron’s words to mean that this sum of money is of no consequence between friends. How does Rashi know that Ephron is referring to his friendship with Avraham?

The Rambam rules that if a person does not want to sell an item but is pressured into doing so by the amount of money that the buyer is willing to pay, the buyer has violated the last of the Ten Commandments, “lo sachmod” – “do not covet{3}”. The only way for Avraham to guarantee that Ephron is not pressured into the transaction is if Ephron, as a gesture of friendship, is willing to give Avraham the land as a gift. However, once he sees that Ephron is willing to give him the land, Avraham, not wanting it as a gift, is comfortable offering him money for it.

Rabbeinu Bechaya comments that the number ten incorporates all the numbers which precede it. All nine commandments prior to “lo sachmod” are incorporated in this precept{4}. The Meiri explains that all of the negative traits found in the first nine stem from egocentricity, the basis for the sin of coveting{5}.

We are constantly placed in situations where we impose ourselves upon others and expect them to do something for us that they may not truly want to do. We learn from Avraham’s actions the necessity to calculate whether others are doing things for us as an act of affinity or whether they are being pressured into helping us; if the latter situation is the case, taking advantage of it borders upon the prohibition of “lo sachmod”.