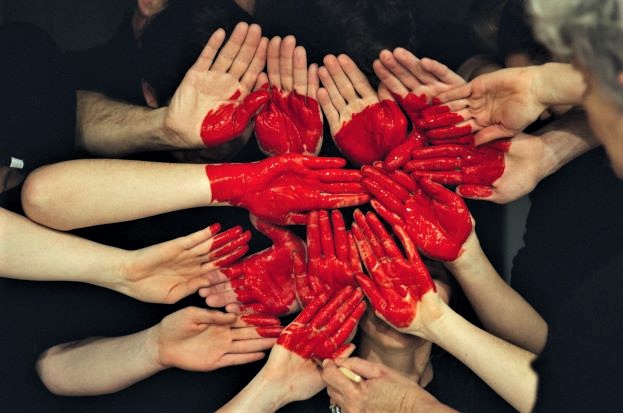 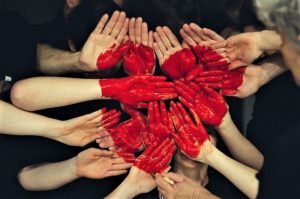 “Hashem passed before him and proclaimed…”(34:6)

After shattering the Tablets in reaction to witnessing Bnei Yisroel worshipping the Golden Calf, Moshe prayed on their behalf and saved them from destruction. Hashem then agreed to give Bnei Yisroel a second set of Tablets. When Moshe ascended the mountain to receive these Tablets, Hashem taught Moshe the text of the Thirteen Attributes of Mercy, a prayer which invokes Hashem’s mercy and reassures us that repentance is always possible. The Talmud comments that this is a prayer to which there will always be a response. The notion of reciting some magic formula and receiving expiation appears uncharacteristic to the Jewish faith. Generally, atonement is achieved by displaying remorse and fundamental change, not lip service. How does the recitation of the Thirteen Attributes of Mercy function?

The Midrash states that Hashem offered the Torah to the nations of the world prior to offering it to Bnei Yisroel.3 This implies that the Patriarchal relationship which Bnei Yisroel enjoy is not a prerequisite to receiving the Torah. Why then is it necessary to begin the Torah with Sefer Bereishis which details the Patriarchal relationship, rather than with the Sinaitic revelation?

The verse states that Hashem passed before Moshe and proclaimed the Thirteen Attributes. From this the Talmud derives that He wrapped Himself in a tallis, like one who leads the congregation, and showed Moshe the order of the prayers.1 Moshe was able to perceive the deepest mysteries of the Torah without visual aids. Why was it necessary for Hashem to wrap Himself in a tallis and go through all the motions of the prayer in order to teach Moshe the text of the prayer?

The attributes conclude with the expression “nakei lo yenakeh”. The Midrashic interpretation offered by Rashi explains that the word “nakei” – “absolves” is the last attribute, while “lo yenakeh” – “does not absolve” is not a part of the Thirteen Attributes, but refers to those who do not repent. The literal interpretation, states Rashi, is that “lo yenakeh” is part of the last attribute, referring to the fact that Hashem does not absolve a person from sin without any recourse; rather, He punishes in small increments until the punishment is complete. Why would referencing Hashem’s mode of punishment be included in the Attributes of Mercy?

The Talmud states that the merits of a son can assist his father, but the merits of a father do not assist his son; since the son is a product of his father, he shares in his son’s merits, whereas the father’s actions do not reflect upon his son in any way. Hence, the son does not share in his father’s merits. Why then did Moshe call upon Hashem to remember the Avos, so as to protect Bnei Yisroel from annihilation?

At its inception, the formation of every relationship is dependent upon a need. Whether it is physical or emotional, this need allows the relationship to flourish. What the Mishna is describing as a relationship which is independent of needs is one which continues to develop until it transcends into a union no longer requiring the initial need. A man might be initially attracted to a woman because of her beauty, but if, after they are married, she becomes disfigured, assuming the relationship has transformed and transcended into a oneness which is no longer based upon the initial attraction, his love for her will not diminish. Once forged into a new entity the couple are inextricably bound; no force can separate them.

The entire Sefer Bereishis is a record of how our forefathers, who were chosen by Hashem for their exemplary qualities, were able to transform their relationship with Him into one that would endure even when they would no longer exhibit these qualities. This enabled the Sinaitic covenant to be forged as a relationship which would endure eternally, even at times when Bnei Yisroel would not adhere to the precepts contained within the Torah. The obligations that a father and son have to each other are not the basis for their relationship, rather what binds the son to his father is the fact that he is his son. Similarly, what binds Bnei Yisroel to Hashem is that through the efforts of the Patriarchs we were elevated to the status of His children. This became evident after the sin of the Golden Calf when Moshe called upon Hashem to remember the efforts of the Patriarchs; their efforts served as the underpinnings of Bnei Yisroel’s relationship with Hashem.5 Had the nations of the world accepted the Torah, their relationship with Hashem would have been one based upon the mutual exchange of promises and commitments, which would be subject to revocation in the case of either party reneging upon those commitments.

Hashem sent Moshe a message that this prayer will never go unanswered. The reason for this phenomenon is that it recalls the love and commitment which Hashem has invested into His relationship with us. Hashem has bound Himself to the Jewish people in a manner that cannot be revoked. Chazal strengthen this notion by observing that the numeric value of the Hebrew word “echad” – “one”, is thirteen, the same as the number of Attributes. When Bnei Yisroel understand that this is a relationship which has developed into an inseparable entity, they too will channel all their energy into making it function.

Accountability and culpability are integral components of every relationship. If Hashem’s love for us were only predicated upon His benevolence and had nothing to do with our reciprocation and behavior, we would be non-entities in this relationship. Hashem could maintain this relationship with any of His creations. It is therefore imperative that we be punished for our transgressions, for this shows us that we are accountable and that our actions have meaning within then relationship. Therefore, “nakei lo yenakeh” is the last attribute.