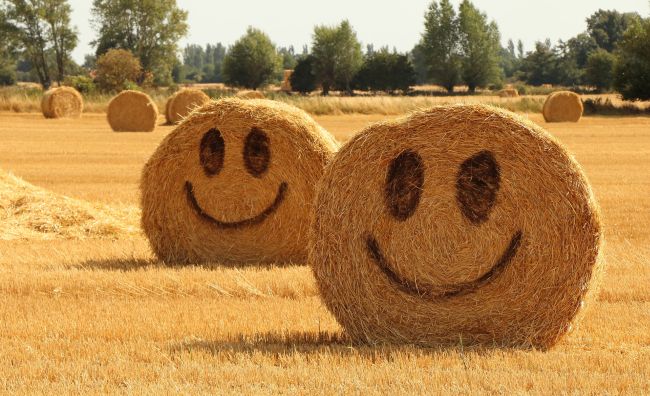 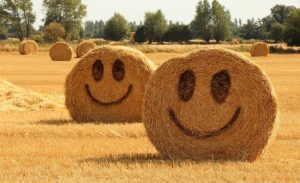 The Torah specifies that a newlywed is exempt from military service for a year, so that he may bring joy to his wife. Rashi cites the Targum Yonasan who translates the verse “ve’simach es ishto” as “veyachdi im itesai” – “he shall be joyful with his wife.1” The Rambam and the Sefer Hachinuch rule in accordance with the Targum’s interpretation stating “veyismach imah” – “he should be happy with her”. 2 According to their interpretation of the verse the word “es” means “with” as derived from the construct of the words “ito” – “with him” or “ita” – “with her”.

However, an alternative interpretation is offered by Rashi who comments that a husband should make his wife happy, not that he should be happy with her. According to Rashi the word “es” is being used to focus the verb upon the object, i.e. bringing happiness to his wife. This would allow for the reading “He shall rejoice ‘with’ his wife.” Why is he obligated to make her happy rather than be happy with her? Why is the husband’s need for happiness not addressed?

In the laws of Purim, the Rambam comments that the greatest level of happiness can be achieved while making others happy.3 The knowledge that he is the source of someone else’s happiness brings a person the ultimate level of joy. In a marriage, a woman wants to receive her happiness from her husband; he is the one person from whom she seeks her ultimate fulfillment.

It is the man’s desire to be the source of his wife’s fulfillment. The Torah is teaching us that for a man, the first year of marriage should be dedicated solely to making his wife happy. In this manner, he will ultimately bring joy upon himself as well.

What emerges is that both interpretations of the verse “ve’simach es ishto” dovetail one other. By gladdening his wife he will be rejoicing with her as well.

Rotten To The Core

“If a man will have a wayward and rebellious son, who does not hearken to the voice of his father and the voice of his mother…”(21:18) The Torah teaches that the death penalty is imposed upon a boy entering his fourteenth year if he exhibits certain specific behaviors. This boy is termed a “ben sorer u’moreh”. The Talmud explains that, although the child has not violated any capital crimes, stealing from his parents to support his gluttonous appetite indicates that eventually he will resort to bloodshed in order to cater to his needs. This concept is described by the Talmud as “neherag al shaim sofo; yamus zakai v’al yamus chayav” – “he is executed based upon his future actions; let him die innocent rather than guilty.”1

The Mizrachi raises the following question: In Parshas Vayeira, the Torah describes how Avraham expelled Hagar and Yishmael from his house. With their water supply depleted, Yishmael fell deathly ill. The Midrash records how the ministering angels pleaded with Hashem not to perform a miracle which would save Yishmael, for he would, in the future, be responsible for executing and persecuting Jews. Hashem replied to the angels that a person is judged “ba’asher hu sham” – “according to his present state”.2 Why was Yishmael not subject to the rule of “execution based upon his future actions”?3 To further compound this difficulty, it must be noted that at the time when Yishmael’s life was in the balance, he had already performed idol worship, attempted murder, and was involved in immoral behavior.

Chazal state that due to all of the requirements necessary for a child to become a “ben sorer u’moreh”, such a case never did and never will occur. 5 What then, is the Torah’s purpose for recording such an impossibility?

Reflecting upon some of the prerequisites for establishing a child as a “ben sorer u’moreh” allows us to gain insights leading to the answers of the aforementioned questions. Chazal derive exegetically that a ben sorer u’moreh’s parents must have similar voices, their vision must be intact, they must possess all of their limbs, and the city wherein the perpetrator is located must have a “bais din”, a Jewish court.6 The Torah is teaching us that a child’s behavior does not necessarily reflect who he is in essence. Although it should never be used as an excuse to exonerate malevolent behavior, a person’s environment can influence him and create the proclivity to act in a certain manner. If a person’s behavior is affected by his environment, there is always hope for him to change, for his essence may still not be corrupted. However, if a person’s behavior is reflective of his true essence, his environment playing no part in his actions, there is very little hope of him changing his ways.

In order to establish that a child is a ben sorer u’moreh, the Torah requires that his actions not be reflective of his environment in any way. Therefore, his parents must have similar voices, i.e. he cannot be receiving mixed messages from them. They must agree with one another completely as to what they expect of their child. The parents must be perceived by the child as a legitimate authority, commanding the proper respect becoming of them. Therefore, the parents must have their limbs intact, be able to see and hear, for a lack in any of these areas may impede their ability to project themselves as authority figures. The city must possess a bais din, a Jewish court which promotes the values necessary to create a climate within the city that makes raising decent children possible.

Chazal are teaching us that it is impossible to find an environment which is utopian, having no negative impact upon a child. Therefore, the creation of a ben sorer u’moreh, who, despite being raised in a perfect environment, still exhibits malevolent behavior, reflecting a corrupt core, is impossible. The Torah is setting the perfect standard, for which a society should strive, in order to facilitate successful child-rearing.

Although Yishmael exhibited malevolent behavior, this was not reflective of his true essence, for he was raised in a household where he was influenced by his mother, Hagar, an Egyptian princess. There was discord in the house due to the constant fighting between Sarah and Hagar. This allowed for him to be judged based upon the present, and not upon his future actions. This explains why Yishmael is never referred to by name throughout the time period under discussion. He is called “the son of the maidservant”, “the lad”, and “the boy”, but never by name, for a name reflects the essence of a person, and his behavior did not reflect his true essence.7