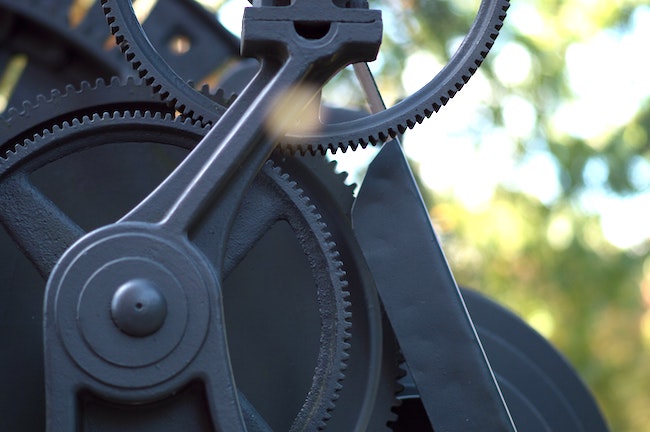 How Does Teshuvah Work? 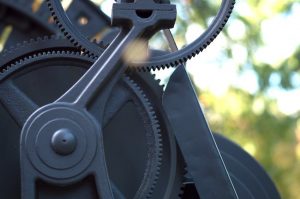 This Shabbat is known as “Shabbat Shuvah,” after the first word of the Haftarah — “Shuvah”/ “Return” — which calls the Jewish People to repentance. But how does repentance work? asks R’ Yosef Albo z”l (Spain; 1380-1444). After a person has committed a sinful act, what good are regret and confession, which do not undo the act? Can regret and confession bring back the person who was murdered or sanctify the Shabbat that was violated?

He explains: What makes person’s actions worthy of praise or condemnation is that they result from Bechirah / Free Will, meaning both that the person chooses to perform the action and he wants that action to be performed. Thus, for example, a person who performs an act under duress is not held responsible for it. True, he chose to perform the action rather than suffer the pain or other negative consequences of refusing; however, he did not want the action to be performed.

Thus, R’ Albo concludes, when a person repents due to his love of Hashem and truly regrets the sinful acts that he committed, he eliminates part of what made him culpable in the first place. Specifically, he indicates that his prior acts were a mistake; in fact, he did not want them to be performed. As such, he no longer deserves to be punished for those acts. (Sefer Ha’ikarim IV 27)

R’ Mordechai Brif z”l (late 19th century rabbi of Lunno, Belarus) explains further: Rambam z”l writes that, deep down, every Jew wants to do the right thing. Thus, for example, there are circumstances in which a Bet Din may coerce a man to give a Get/ divorce document, even though Halachah requires a Get to be given voluntarily. It is only due to the influence of the Yetzer Ha’ra that a Jew fails to do the right thing. When a person succeeds in freeing himself from that influence, the sinful act he performed is attributed to the Yetzer Ha’ra, not to the person who performed it. He is forgiven. (Chakal Tapuchim: Drush 4:25, 28)

A well-known Midrash notes that the prophet Yeshayah used the same words that Moshe Rabbeinu used, but in a different order. He said (Yeshayah 1:2), “Hear, heavens, and give [me your] ear, earth, for Hashem has spoken.” The Midrash says: Moshe, who was closer to the heavens, said “give me your ear” to the heavens, while he told the earth to hear, as if from a distance. Yeshayah, who was closer to the earth, reversed the order. [Until here from the Midrash]

R’ Yitzchak Isaac Chaver z”l (1789-1852; rabbi of Suvalk, Lithuania, and a prolific author in all areas of Torah study) explains: Man’s relationship with Hashem has two components: Torah study and Mitzvah performance. Torah, which is spiritual, parallels the heavens, which are relatively abstract to us. Mitzvot, in contrast, are physical, for it is only on this earth, and with items that we find on earth, that they can be performed. Because our relationship with Hashem has these two distinct aspects, R’ Chaver writes, Moshe Rabbeinu chose two “witnesses” — specifically, these two witnesses — to the covenant with the Jewish People.

He continues: Bnei Yisrael in the desert lived a completely spiritual life. To the extent that they had physical needs (food, water, shelter, clothing), those were taken care of miraculously. They had no property or business dealings. In short, they were closer to an abstract, spiritual Torah than to practical Mitzvah observance. That is what the Midrash means when it explains that Moshe used words that imply that the heavens are closer. Yeshayah, in contrast, lived during the First Temple Period, when the Jewish People lived a practical existence close to the earth. (Si’ach Yitzchak: B’inyan Bet Nunin § 4)

R’ Yitzchak Arieli z”l (1896-1974; Mashgiach of Yeshivat Merkaz Harav; author of Enayim La’mishpat) writes: The long exile, the loss of a homeland, being deprived of both Eretz Yisrael and the Bet Hamikdash, have caused the Jewish People to be damaged both materially and spiritually. Living among the gentile nations and learning from their actions and undesirable character traits has hurt the Jewish People inwardly. However, only the “surface” of our “insides” has been affected. The essence of the Jewish People cannot be damaged. As the Gemara (Kiddushin 36a) teaches: “No matter what, we are called His sons.” The blemish referred to in our verse is only a temporary blemish. We are still the children of the Patriarchs. (Haggadah Shel Pesach Shirat Ha’geulah p.11)

“Were they wise they would comprehend this, they would discern it from their end [literally, ‘to their end’].” (32:29)

R’ Simcha Zissel Ziv z”l (1824-1898; the “Alter of Kelm”) writes: It is the nature of “regular” people to admire that which rich people admire, to draw close that which rich people draw close, and to distance that which rich people distance. In contrast, they are not moved to love that which the King of the world loves–i.e., “Awe of Hashem [which] is His treasure” (Yeshayah 33:6)–or to hate what He hates–for example, smooth talking and haughtiness; may Hashem save us from these things. This is all the result of man’s ignorance of his obligation to apply his mind to figure out what his obligations are. This is what our verse speaks about: “Were they wise, they would comprehend this”–i.e., they would apply their minds to find ways to comprehend; “they would discern to their end”–they would worry about the ultimate day of judgment.

The Gemara (Shabbat 153a) relates that Rabbi Eliezer told his students, “Repent one day before you die.” They asked him, “Does man know when he will die?” He replied, “Then repent every day!” The Alter asks: Rabbi Eliezer’s students were great people, among them Rabbi Akiva. Did they really need the answer to be spelled out for them? Yes, because we all know we can die any day, G-d forbid, but we don’t think about it. Rabbi Eliezer’s message was that man must think about the fact that he will die, for this will spur him to repent and to seek an understanding of his obligations in this world. Knowledge does not lead to action, writes the Alter. Only thinking leads to action!

The Alter continues: Notably, man has no trouble worrying about far-fetched risks to his property, and he never stops making plans to protect his material assets. However, he doesn’t apply the same level of concern to his spiritual assets. This, the Alter writes, is proof that there is reward and punishment for man’s actions. G-d made it challenging for us to focus on our spiritual gains and losses in order that we may deserve reward for doing so. Our Sages say that man must serve Hashem with his Yetzer Ha’tov and his Yetzer Ha’ra. How so? Man must ask himself: Why has my Yetzer Ha’ra taken hold of me so strongly? It must be so that Hashem can reward me for overcoming it. (Sefer Ha’katan)

“Take words with you and return to Hashem.” (Hoshea 14:3 – from the Haftarah)

R’ Chaim of Volozhin z”l (Belarus; 1749-1821) writes: When a student hears a Torah teaching or Mussar lesson from his teacher, he cannot understand it immediately. He must delve into it to grasp its depth. “Take the words with you!” says the prophet. Take them home and reflect on them rather than thinking you understand them immediately. (Ruach Chaim 3:1)

Teshuvah During the Ten Days of Repentance

R’ Yitzchak Blazer z”l (1837-1907; one of the three primary students of R’ Yisrael Salanter, founder of the Mussar movement; rabbi of St. Petersburg, Russia, because of which he is known as R’ Itzele Peterburger) writes: Rambam appears to understand the term “Tzaddik” as referring to a person who has done more Mitzvot than Aveirot / sins and a “Rasha” to be a person who has done more Aveirot than Mitzvot. Thus, a Beinoni must be someone whose Mitzvot and Aveirot are exactly balanced. If so, asks R’ Itzele, why is his judgment dependent on Teshuvah? Why can’t he just perform another Mitzvah or two and thereby be judged a Tzaddik?

He explains: When Hashem makes Himself “accessible” to accept man’s repentance, as He does during the Aseret Yemei Teshuvah / Ten Days of Repentance, and a person does not avail himself of that opportunity, that sin is so great that it outweighs any extra Mitzvot that a person might do. Thus, only Teshuvah can get the Beinoni sealed in the Book of the Living.

R’ Itzele continues: The work Reishit Chochmah [R’ Eliyahu de Vidas (1518-1592; Eretz Yisrael)] explains this with a parable. A band of thieves was caught and thrown in prison. Over time, they dug a tunnel and escaped. However, one member of their group chose to stay behind in the cell. When the king discovered the escape, he said to that one prisoner, “You fool! You could have escaped!” So, too, Hashem exclaims, “Teshuvah is before you, yet you are not returning!” [In another version of this parable, the king punishes the thief who did not escape because, by remaining behind, the thief showed that he did not fear the king’s ability to punish him. So, too, when people do not repent, they show a lack of awe of Hashem.] (Kochvei Ohr: Ma’amar 5)