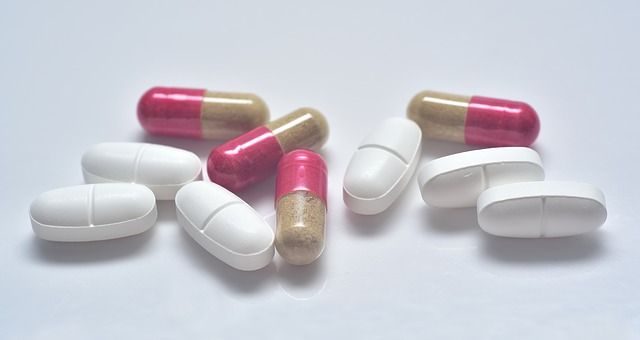 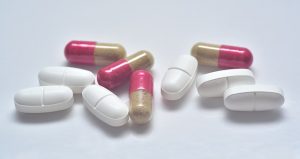 “Hashem spoke to Moshe sfter the death of Aharon’s two sons, when they approached before Hashem, and they died”(16:1)

The Torah introduces the Yom Kippur service by mentioning the death of the sons of Aharon.1 Although Aharon’s sons died six months earlier, Rashi, citing the Midrash, explains the need to reiterate their deaths with the following analogy: Much the same way as a doctor warns his patient against engaging in harmful activities to avoid the tragic consequences suffered by an acquaintance, Aharon, prior to entering the Holy of Holies is reminded of the death of his sons who entered in an improper manner.2

There is no greater tragedy than the loss of a child. A parent would spend a lifetime attempting to cope with this loss, never fully recovering from it. Why would Aharon need to be reminded of the loss of both of his sons, a tragedy which had occurred six months earlier?

The verse states that Hashem told Moshe to relay to his brother Aharon “al yavoh bechol eis el hakodesh…velo yamus”.3 The term “al yavoh” is usually interpreted as a prohibition, rendering the verse “he should not violate the prohibition of entering the Holy of Holies to avoid the punishment of death”. However, Rashi does not interpret the verse in the above manner, rather translating it as “al yavoh shelo yamus” – “he should not enter for it will cause his death”.4 Instead of the verse establishing a prohibition and the punishment for violating it, Rashi is explaining the verse as a preventative measure to avoid a negative consequence. This interpretation of the verse is reflected by the Midrash’s analogy of the doctor-patient relationship.

The message to Aharon is that his sons’ deaths were not a result of a punitive strike against them for violating the decree of their Sovereign, but a consequence of their irresponsible action. Hashem does not impose His will upon us to satisfy His wishes. He gives us directives in the same way a doctor cares for his patients. These directives are for our well-being; we are the ultimate beneficiaries when adhering to His precepts. Hashem wants Moshe to relay this message prior to Yom Kippur. Yom Kippur is the day of the year designated for expressing remorse over our indiscretions. The knowledge that Hashem’s only agenda is our well-being insures that our feelings of remorse will be truly genuine and heartfelt.

After having performed the primary Yom Kippur service in the Sanctuary, the Kohein Gadol would place his hands upon the head of a he-goat, confessing the sins of Bnei Yisroel. He would then send it with a designated person into the desert, where it was cast off of a rugged mountain.1 This goat is known as the “se’ir” – he-goat “la’azazel”; the Talmud translates “azazel” as a contraction of the words “az” – “harsh” and “eil” – “strong”, indicating that the goat should be taken to the most rugged of mountains.2

A second interpretation which is offered explains that “azazel” is a contraction of “Uza” and “Aza’el”, the names of two angels of destruction who fell to earth and proceeded to engage in various forms of licentious behavior, including adultery, as is related at the end of Parshas Bereishis.3 The he-goat “la’azazel” atones for these sins of licentiousness.4 The above passage appears to conflict with another section in the Talmud. The Talmud derives from the verse which states that Aharon confessed “lechol chatosam” – “for all their sins” that there are no limitations as to the sort of sins for which the he-goat atones.5 Why, then, is licentiousness singled out as the sin for which the he-goat atones?6

The Rabbeinu Bechaya comments that “lo sachmod” – “do not covet” is the last of the ten commandments, for it includes all of the other prohibitions.7 The explanation for this comment is as follows: Coveting referred to in the Decalogue is not a function of desire or lust, for although this would explain a man coveting another man’s wife, lust cannot be the basis for his coveting another man’s possessions. Rather than lust, the Torah is addressing a person’s desire for power and control. Adultery and indulgence in prohibited relationships do not always stem from a lack of self-control or overpowering lust. Rather, these indiscretions often stem from a person’s need to impose his will and assert control over others. It is common to see people in leadership positions fall prey to licentious indiscretions as a result of their need to assert themselves within their positions of power. Coveting a neighbor’s wife or possessions is a manner by which a person can impose his will and assert control over his neighbor.

This deep-seeded need for control over others is not only a societal malignancy, but an affront to our relationship with our Creator as well. The Ibn Ezra expresses this notion succinctly by stating that a person who covets is also violating the first commandment of “Anochi” – “I am Hashem”, for the very act of asserting control over others is a rebellion against Hashem.8 If we are cognizant of the fact that our right to exist is granted by Hashem, we must also realize that we have no right to impose our will upon others.

The fallen angels are referred to in Parshas Bereishis as “Bnei Elohim”. Rashi explains that whenever the term “Elohim” is used it denotes power and authority.9 The Torah describes these angels in such a manner to reveal that the basis for their adulterous and licentious behavior is their need to dominate mankind. To some degree, every sin we commit is tainted by our need to assert control. Therefore, the se’ir la’azazel, which atones for the sins of Uza and Aza’el, atones for every transgression committed by Bnei Yisroel.