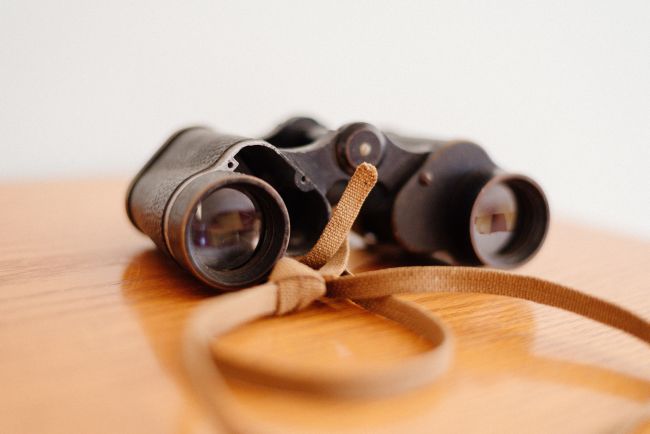 The Spies Were Anshei Midos / Why Forty Years for Forty Days? 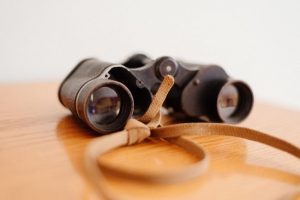 These divrei Torah were adapted from the hashkafa portion of Rabbi Yissocher Frand’s Commuter Chavrusah Tapes on the weekly portion: CD #1036 — Our Tallis – Should It Be Beautiful? Is It Really Chayav in Tzitzis? Good Shabbos!

One of the perplexing problems we face when studying Sefer Bamidbar is: What happened to Klal Yisrael? What happened to the “Generation of Knowledge,” to the generation that literally heard and saw the Ribono shel Olam on a daily basis? How could they act the way they acted several times throughout the Book of Bamidbar?

Prominent among these problematic incidents is the incident of the Spies (Meraglim). This is one of the more difficult chapters to understand. What exactly happened to the Meraglim? How could people whom the Torah describes as being “kulam anashim” (all of them “distinguished” — see Rashi here) come back with such a negative report about Eretz Yisrael, which caused not only the entire generation to die in the Wilderness, but it introduced the entire concept of “Galus” [exile] into the Jewish experience? We have developed the idea in past years that the reason we are in Galus today, ultimately traces back to the sin of the Spies.

Over the years, we have suggested many different approaches to understand what exactly the Spies did wrong. The Shalo”h HaKodosh on this week’s parsha makes a very perplexing comment. Among the libelous charges the spies made about Eretz Yisrael was that it was an eretz ocheles yosh’veha [a Land that consumes its inhabitants] and that all the people they saw there were anshei midos [men of great measure]. On a simple level, the term “anshei midos” means they were very big people. They were giants. They were scary. This put fear into the hearts of the Meraglim. They felt that with such people defending the land for the Canaanites, Israel would not be able to conquer it.

The Shalo”h HaKodosh interprets differently. He explains that “anshei midos” means that the native inhabitants of Canaan were people of good character traits (ba’alei midos tovos). Today, when we speak of someone as being a “ba’al midos” it does not mean that the fellow is 6′ 7″. It means he is a mensch, a decent and upright person with sterling character. This is exactly how the Shalo”h interprets the report of the Meraglim about the native inhabitants of Canaan — they were not giants. They were men who possessed good midos! How does this fit with the rest of the parsha? What is the deeper meaning of the Shaloh’s interpretation?

There is an entire body of thought from a wide range of commentaries (Chassidishe, Misnagdishe, etc.) that have an entirely different spin on the Spies. They were not evil people. They were in fact kulam anashim — people of great stature. Their reports were not damning Eretz Yisrael. No condemnation of the Chosen Land was intended whatsoever. However, they had concerns that the Jewish people would have a terrible spiritual descent if they went into Eretz Yisrael. They noticed things on their visit which worried them, and consequently, “l’Shem Shamayim” they attempted to pre-empt future problems by discouraging the plan to enter the Land.

Everything in the parsha is taken by this group of commentaries in a totally different light. For instance, how can the pasuk “a land that consumes its inhabitants” be a positive statement? The Ba’al Shem Tov, among others, interprets the report as meaning that it is such a “gashmiyusdike land” (for example: fertile, booming economy, such wonderful fruits, etc.) that if Klal Yisrael will migrate there, they will inevitably get caught up in the rat race of materialism. The Ba’al Shem Tov interprets the expression “eretz ocheles yoshveha” by emphasizing that the “artzius” (extreme physicality and beauty) of the land will consume the population. This was not a bad report. This was a perceptive reading of the fact that the inherent physical blessings of the place might involve spiritual risk.

Perhaps we can compare this to the situation eighty to a hundred years ago in Eastern Europe where many Gedolei Yisrael were very hesitant to send Jews to America. Why? “The Goldene Medina!” What is wrong with a “Goldene Medina?” The problem is that people get wrapped up in the gold, that other important things seem to lose their significance. This is just an example.

This is what the Shalo”h means. Yes. Men of Middos! The Spies were l’Shem Shamayim. They were afraid that if Klal Yisrael proceeded into Eretz Yisrael, they would have a spiritual decline. In the Wilderness, they were secure. They did not need to worry about making a living. They did not need to worry about materialism — about clothing or food or any of that. They lived a life of complete spirituality. They would be going into Eretz Yisrael where the fruit is delicious and the land is beautiful. It is so overwhelmingly beautiful that it “eats up its inhabitants” in terms of arousing their desires for physicality and materialism. And on top of that, the locals are “men of character.” The Jews will not be able to avoid assimilation and getting caught up by the “good life” inherent in the local culture. That was the motivation of the Meraglim.

Why the Calculation of “Forty Years for Forty Days”?

The Almighty pronounced the following terrible decree upon the Jewish people for the sin of the Spies: “Like the number of the days that you spied out the land, forty days, a day for a year, a day for a year, shall you bear your iniquities — forty years — and you shall know what parting from Me [is]” [Bamidbar 14:34]. Instead of moving on directly to the Land of Israel, they were to remain 40 years in the desert. Why 40 years? For every day the Spies were in Eretz Yisrael gathering their negative reports [i.e., according to the conventional way of understanding the Spies’ actions, not the “deeper” approach outlined above], they would need to spend a corresponding 365-day period wandering in the desert before they could enter Eretz Yisrael.

Rav Asher Weiss asks a simple question. The actual sin of the Spies occurred when they returned and delivered their negative report, on that infamous Erev Tisha B’Av. The report was delivered in at most one day. For the previous 39 days or even for the entire 40-day period they did not report anything. They did not do any damage. They were merely gathering information. How then do we understand this correlation of 40 years for 40 days? Their sin lasted for at most one day, not 40 days!

It was not like today when they would be able to call back to the camp every day on their cell phones with bad tidings about the Land. They did not Twitter. They did not post updates on Facebook. There was not any communication whatsoever until they returned to the camp after the 40-day sojourn! They come back one day, they speak ill for a few hours at most and that is that. Why were they punished “a year for each day”?

Rav Asher Weiss answers by citing a rule we have cited many times in the past. The sin of lashon harah is not a sin only of the mouth. It is a sin of the eyes as well — a sin in how one perceives things. Two people can see virtually the same thing and view it in totally different ways. The reason the punishment was “40 years for 40 days” is because for 40 days the Spies looked negatively at Eretz Yisrael. Everything they saw was processed with a jaundiced view. Chazal say (again, according to the “simple interpretation”) that the expression “A land that devours its inhabitants” reflects the fact that they saw funerals every day. Rather than seeing this as the Hand of G-d who wanted the inhabitants to be preoccupied with burying their dead so that they would not notice the spies, they saw it as a sign that the land was inhospitable, and caused the premature death of its inhabitants. For forty days, their perception was with a negative view. Therefore, when they came back and delivered their report to the nation, we are not talking about a sin whose duration was a few hours or at most a day. Their report was the climax of 40 complete days of jaundiced processing on their part of everything having to do with the Land of Israel. It was 40 days of misperception; 40 days of cynicism; 40 days of being negative; 40 days of lashon harah. The punishment for that was 40 years of wandering – a year for each day!

He contrasts two opposing views of the world:

The first is that of the German philosophers: “If one looks at nature, what does one see? Someone goes to the jungle, to Africa, and sees how life is on the plains, on the savannahs of Africa. It is a matter of survival of the fittest. The lion eats the antelope or the buck. The antelopes which are fast enough get away, and the ones who don’t run fast enough do not survive. This is survival of the fittest in action. The bigger fish eat the little fish and the still bigger fish eat those fish. Nature is based on the concept of survival of the fittest. The world runs on the Talmudic principle of “kol d’alim gavar” [whoever is stronger wins]. We can understand what such a philosophy of the world can lead to. That is one way of looking at the world.

The other philosophy is that of the Rabbis of the Talmud. The Gemara says “Were the Torah not given, we would have learned modesty (tznius) from cats; property rights (gezel) from ants; chastity and fidelity (arayos) from doves; and proper behavior (derech eretz) from roosters [Eruvin 100b].

Here are two view of the animal kingdom — that of the “German philosophers” and that of the Rabbis of the Talmud. One perspective sees “might is right” and “survival of the fittest” and bases their philosophy on their view of nature. Rabbi Yochanon looks at the animal Kingdom and says “Look at this little ant. It will not take a crumb that does not belong to it from another ant. Look at what the cat does, after it takes care of its bodily needs, look at its modesty. Look at the dove — she mates for life with the same bird and will not take another mate even after her first mate dies.” He looks at the same animal kingdom as do the “German philosophers” and sees fidelity, modesty, and ethical behavior. It all depends how one views matters.

Lashon harah is referred to by Chazal as “eyna bisha” — a bad eye. That is where it all starts. It all starts with perception. The baal lashon harah always views things negatively. Therefore, the meraglim, who spent 40 days looking at Eretz Yisrael in a negative light, did not merely commit a crime of one night’s worth of lashon haRah. It was a culmination of 40 days of not looking at things the way one can and should. As a result of their jaundiced view, they gave a damning report about Eretz Yisrael.

This week’s write-up is adapted from the hashkafa portion of Rabbi Yissochar Frand’s Commuter Chavrusah Series on the weekly Torah portion. A listing of the halachic portions for Parshas Sh’lach is provided below: