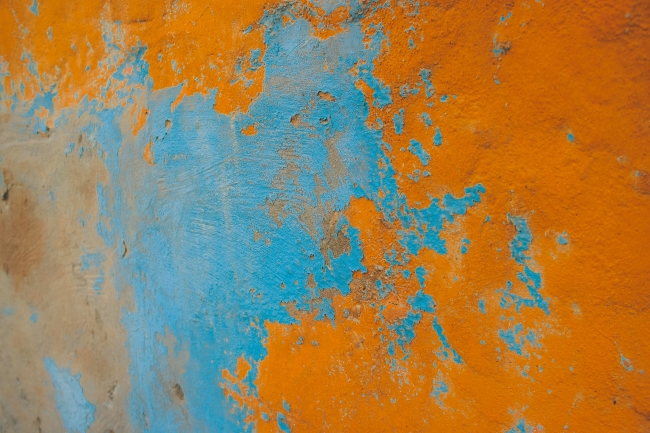 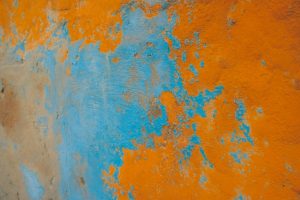 These divrei Torah were adapted from the hashkafa portion of Rabbi Yissocher Frand’s Commuter Chavrusah Tapes on the weekly portion: CD #1028 – Davening Maariv Early: Does it Make it Tomorrow? Good Shabbos!

In Parshas Metzora [Vayikra 14:34], the Torah introduces the laws of tzara’as ha’bayis [“tzara’as of the House”], which applies “when you come to the Land of Canaan that I am giving you as an inheritance.” These halachos are known as “Nigei Batim.” Tzara’as can appear on a person’s body, it can appear on garments, or it can appear on the walls of one’s house.

The blemishes that appear on the walls of one’s house are the “first stage” of tzara’as contamination. Chazal say that tzara’as is not merely a physical ailment. It has a physical manifestation, but it is in fact a spiritual disease. Consequently, it is not to be translated as “leprosy,” which is a totally physical ailment. This is a spiritual ailment which causes physical symptoms. In many places, Chazal say that tzara’as comes as a punishment for something a person is doing wrong (for example Eruchin 15b). It is a message from the Ribono shel Olam.

The person who finds such blemishes on his walls goes to the Kohen and tells him “something that looks like a blemish (k’negah) has appeared on my house.” Rashi (alluding to a Mishna we will quote in a moment) inquires why the testimony of the homeowner is given in the form of “something that looks like a blemish” (k’negah). Why not make a definitive statement: I have a blemish on the walls of my house? Rashi comments: “Even a Torah scholar who knows for sure that it is a negah should not rule definitively that it is in fact Tzara’as, but rather should use the tentative form, “it appears to me as something like a negah on my home.”

This is based on a Mishna in Tractate Negaim [12:5]. Even a Talmid Chochom who knows the laws of tzara’as thoroughly, and has no doubt whatsoever that the blemish on his walls is House Tzara’as, may not say those words. Rather, he goes to the Kohen [Priest] and says “K’negah nir’ah li ba’bayis” — something like a blemish appears to me to be on my house.

Why is this so? Normally, a bona fide Torah scholar may pasken his own shaylos. Why can’t the Talmid Chochim rule in this case? The Tosfos Yom Tov on the Mishnayos in Tractate Negaim [12:5] quotes four reasons why a person should not definitively say, “A negah has appeared on my house.”

Number One: The Tosfos Yom Tov cites Rav Eliyahu Mizrachi (in the name of his teachers), who says that this is an example of the Rabbinic saying, “Teach your mouth to utter the expression, ‘I don’t know.'” Chazal instruct us that we need to develop habits that will keep us from becoming too confident that we are always right. Even if someone is 99% sure that he does know something for a fact, the Rabbis urge him: “Don’t be so sure of yourself!”

Number Two: The Tosfos Yom Tov himself explains that this is a matter of Derech Eretz [appropriate etiquette] of how a person should interact with the Kohen. The homeowner may be a Talmid Chochom. He may know the law. But the halacha is that it is not up to him to pasken such a shaylah. When it comes to tzara’as ha’bayis, only the Kohen can rule that the house is tameh or tahor. It is a simple matter of courtesy that no one should go to the Kohen and tell him presumptuously, “It’s a nega!” Protocol is that the Kohen will tell you whether it is a nega or not! That is his jurisdiction. Derech Eretz l’Kohen.

Number Three: The Tosfos Yom Tov also gives a practical reason for a Talmid Chochom homeowner to be tentative in his initial meeting with the Kohen. If he says to the Kohen definitively, “I have a nega in my house” this may influence the Kohen’s ruling. You might intimidate him — because of your reputation as a scholar and Talmid Chochom — to automatically go along with whatever you say, thus forfeiting the possibility that he may justifiably determine that the blemish on the house is not Tzara’as. It is better to be tentative and say “k’nega (a blemish-like appearance) has shown up on my house,” rather than paint the Kohen into a corner, such that he has no choice but to declare your house under quarantine as Tameh.

Number Four: Finally, the Tosfos Yom Tov suggests that the issue at hand reflects the principle, “Do not open your mouth (to give suggestions) to the Satan.” The Talmud advises us not to say things which the Satan may turn into a reality. If you say, “I have a tzara’as blemish in my house,” the Satan can give you what you ask for, so to speak, and the blemish on your walls will be found to be tzara’as.

After presenting these four reasons, the Tosfos Yom Tov asks a basic question: Why is this concept only found by nigei batim [House blemishes]? Why doesn’t the halacha teach that if he has a tzara’as sign on his clothes he should go to the Kohen and say, “A nega-like appearance has shown up on my garment!”? We do not have any such halacha. Likewise, if a person has tzara’as on his arm, we never find that the appropriate protocol is to tell the Kohen, “Something like a nega has appeared on my body!”

The Tosfos Yom Tov feels this is such a strong question, that in fact he concedes the premise of the question. Although the Torah only says this halacha by House Tzara’as, indeed the same procedure should be followed by anyone struck with either Garment Tzara’as or Body Tzara’as as well. (He admits that this is not how the halacha is codified in the Rambam, and he gives a lengthy explanation to deal with that issue.)

Let’s assume, however, that the Tosfos Yom Tov’s novel answer is not correct, and that this requirement is only necessary in the case of House Tzara’as. The question remains: Why is that so?

The Tolner Rebbe raises this question. Furthermore, the Tolner Rebbe broadens the question: If someone has a ritual question involving a mixture of milk and meat food substances (for example, someone stuck a fleishege spoon into a milchege soup), have we ever heard that proper protocol is to go to the Rov and tell him, “Maybe I have a shayla of basar b’chalav [ritual question involving meat and milk]? If someone has a chicken with a broken bone and is not sure if the bone broke before shechita [ritual slaughtering] (and the animal is therefore non-Kosher) or the bone broke after shechita (and the shechita was thus done on a healthy animal, and it is Kosher), has anyone ever questioned the propriety of the shochet’s making a definite statement: “I have a problematic broken bone in the chicken I just slaughtered”? Of course not!

The questioner can make a definitive statement to the Rabbi about the non-Kosher status of the item he is questioning. If the Rov believes the questioner is in error, he will tell him he made a mistake. We are not concerned with matters of protocol, or “don’t open your mouth to Satan,” and the like. In no other area of halachic inquiry does the questioner need to couch his question in tentative terms like “k’nega nir’ah li ba’bayis” — something like a blemish appears to me to be on my house.

The Tolner Rebbe explains the matter as follows:

Negaim are a message from the Ribono shel Olam. When you have a “nega” on your walls, the Almighty is trying to tell you that something is wrong with your house. He is not merely trying to tell you that there is something wrong with your physical domain. “Bayis,” in Jewish lore, is the place where one raises his children, where he educates his family. When someone finds a “nega” in his “Bayis,” the Almighty is telling him that something is wrong with the way he is raising his children. Nigei Batim are about the institution of the Jewish home (Bayis).

The Bayis is the basic building block of the Jewish Nation, as we find in Egypt: “…They should take for themselves every man a lamb for his father’s household, a lamb for each Bayis.” [Shemos 12:3] A blemish on the Bayis means you are building defective building blocks for the Jewish nation. Something is wrong with the chinuch [education] going on in this house. The defect may be in one of four areas:

This is why this unique halacha of “k’negah nir’eh li baBayis” is only mentioned in connection with blemishes in the Bayis (Nigei Batim). This is a lesson about the type of Bayis that every Jew is supposed to have. Regarding all other areas — niddah, nevelah, basar b’cholov, hilchos Pessach, hilchos Shabbos, and so on — there is no such halacha that a person needs to enquire of the posek with such tentative questions. Only where we are talking about correcting a flaw in the Jewish Bayis (such as education of children that begins within the family unit, Bayis), only here do we have the pedagogic requirement to tentatively approach the Kohen with the statement, “Something like a blemish has appeared on the walls of my house.”