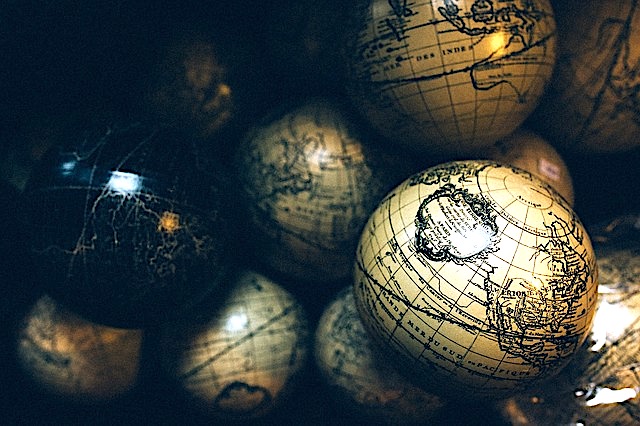 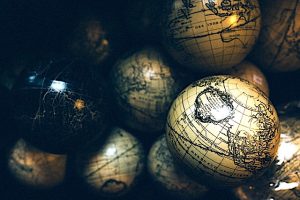 The Nations of the World Are a Non-Prophet Organization

Parshas Balak contains Bilaam’s Blessings/Curses from when he was hired to curse the Jewish people. (He intended to curse but instead he blessed, for the most part.) Chazal say that Bilaam was a prophet. Not only was he a prophet, but Chazal infer from the pasuk, “There did not arise again in Israel a prophet like Moshe” [Devorim 34:10] that in Israel such a prophet did not arise again, but a prophet of that stature did arise among the nations of the world, and that was Bilaam.

At the beginning of Parshas Balak, Rashi addresses the obvious question: Why did the Ribono shel Olam do this? Why did He give Bilaam profound prophetic powers? The Rambam in Hilchos Yesodei HaTorah says that in order to merit prophecy, there are requirements of spirituality and elevated status. A person needs to be wise, righteous, and modest to qualify. Why was Bilaam—who was wicked, and seemingly had none of the requisite attributes—given prophecy?

Rashi answers that Hashem gave Bilaam this gift so that the nations of the world not have a complaint against Him. Hashem gave Bilaam prophecy to preempt the claim — “If we had a prophet (like Israel) we would have repented.” To use a popular expression, they would claim, “It was not a fair playing field! The deck was stacked against us. They had Moshe Rabbeinu and other prophets and we did not have anybody.”

Therefore, Hashem gave them a great prophet, and they became even more immoral and corrupt. Rashi spells it out – originally at least, they were inhibited from transgressing sexual sins and they maintained a modicum of morality. Then Bilaam advised them to allow their daughters to become promiscuous. So much for the claim “Had we been given a prophet, we would have been better people.”

Many question this explanation of Rashi. It is still not a fair playing field! Had Hashem given them a Moshe or a Shmuel HaNavi or Yeshaya HaNavi, or a Yechezkel or even any of the Twelve Minor Prophets, then He could have preempted the claim of the nations that the deck was stacked against them. Moshe was an almost perfect human being. When he spoke, people were impressed, and they listened to him. However, the nations of the world were given Bilaam! A paradigm personifying all that a person should NOT be was Bilaam. He was haughty. He was lustful. He had an evil eye. He was stingy. He was depraved. He committed acts of bestiality. Bilaam is certainly not a role model for improving behavior, to say the least. The claim “It’s not fair” is still very much in place.

I heard an interesting approach to this question in the name of Rav Yaakov Galinsky [1920-2014]. Rav Galinsky was a Magid in Eretz Yisrael. He advanced the following thesis: Any prophet is no greater than the people for whom he prophesizes. Put succinctly, the nation makes the prophet!

An elevated people receive an elevated prophet; in a depraved society, the prophet will not be any better than the people are. Each generation gets the Navi it deserves. In a nutshell, that is the insight of Rav Galinsky. He demonstrates this principle from several places:

One example is when Klal Yisrael sins with the Golden Calf, the Almighty says to Moshe “Go descend, for your people has acted corruptly.” [Shemos 32:7] Rashi there interprets “Go, descend” — go down from your greatness (lech reid m’gedulasecha). The descent was not only in terms of elevation above sea level. Lech reid implied a spiritual descent. The people have sinned, how does that affect Moshe? The answer is that the prophet is who the people are. When the people fall, the Navi falls.

Another example: “If the anointed Priest will sin by the guilt of the people…” (Im haKohen haMoshiach yechetah l’Ashmas ha’Am) [Vayikra 4:3].

The most compelling proof is from a famous Mishna in Tractate Rosh HaShannah [3:8]. “And it was when Moshe raised his arms, Israel became strong…” In that epic battle between Amalek and Klal Yisrael, when their leader kept his hands raised, Israel was victorious and when he lowered his hands then Amalek became victorious. The Mishna itself inquires – does, then, Moshe’s arm movement have military significance? Rather, this teaches—the Mishna answers—that as long as Israel would cast their gaze upwards and subjugate their hearts to their Father in Heaven, they would be victorious, otherwise they would fall.

Rav Yaakov Galinsky offers an amazingly novel idea: Moshe Rabbeinu and Bilaam had the same potential. Bilaam did not have to become the person he became—the evil eye; the haughty spirit; the stingy person; the depraved moral degenerate. He could have been a Moshe Rabbeinu. It was all dependent on the people—the prophet’s “customers,” so to speak. Because of the inherent character traits of the nations of the world, he became a “Bilaam.”

Why did Moshe Rabbeinu need to know all this information? Rav Galinsky answers that it is because Moshe Rabbeinu had a question: Why were there not any prophets after the destruction of the second Bais Hamidash? Why in later generations (including our own) do we no longer have Neviim? The Ribono shel Olam says, “Because look at the generation. It is a generation with thieves and robbers. They did not deserve to have prophets among them.” The prophet is dependent on his generation.

That is how Rav Galinsky answers this question on Rashi. Bilaam had the potential to have been a Moshe Rabbeinu. But we see that the generation impacts the spiritual capabilities of their prophets. In effect, the nations of the world could not complain that they were given an imperfect prophet, because the prophet only reflects the spiritual essence of the nation to whom and for whom he prophesizes.

The Brisker Rav Asks a Question on the Rambam

I would like to share with you a brilliant observation from the Brisker Rav (Rav Yitzchak Ze’ev HaLevi Soloveitchik [1886-1959]).

“The Messianic King will in the future arise and restore the Davidic Dynasty to the glory of its original sovereignty. He will build the Temple and gather the dispersed of Israel, and all the laws will return in his days as they were in prior times. Sacrifices will be brought, and the Sabbatical and Jubilee years will be observed according to all the details that are set forth in the Torah. And whoever does not believe in him, or someone who does not ‘wait for his coming,’ not only does he deny the teachings of the other prophets, but he denies the Torah and Moshe Rabbeinu. For the Torah has testified about him as it is written: ‘Then Hashem, your G-d will return your captivity and have mercy upon you, and He will gather you in from all the peoples to where Hashem your G-d has scattered you. If your dispersed will be at the ends of the heavens, from there Hashem your G-d will gather you in, and from there He will take you. Hashem your G-d will bring you to the land of which your forefathers took possession, and you shall take possession of it…’ [Devorim 30:3-5]. And these words, which are explicit in the Torah, include all the words that were spoken by all the prophets. Even in Parshas Bilaam, it is mentioned and there [Bamidbar 24:17] he spoke of ‘two anointed ones’ (shnei Mesheecheem) – the first anointed one being Dovid who saved Israel from the hands of their enemies, and the final anointed one who will arise from Dovid’s descendants and bring salvation to Israel [at the end of days]. And there [Devorim 24:17] Bilaam says ‘I see him but not now’ — this refers to Dovid, ‘I view him, but he is not near’ – this refers to the Messianic King.”

We use the term heretic (kofer) loosely today; but it is a serious term, and the Rambam applies it to someone who does not believe in the Moshiach’s coming, or who does not personally anticipate it and await for it to happen.

The Brisker Rav asks a question which is worthy of the one who asks it: Yes, it says in the Torah that Moshiach is going to come, but where does it say that we are obligated to want and anticipate and wait for his coming and his bringing salvation?

The Rambam specifies two requirements: (1) I believe in the coming of the Messiah; and (2) And even if he tarries, I will wait for him (achakeh lo). Then the Rambam says that someone who fulfills the first requirement but does not fulfill the second requirement is a ‘kofer’ in the Torah of Moshe! The Rambam does not seem to bring any Biblical source to back up this second requirement!

The Brisker Rav says, “I will tell you where this requirement is stated. It is written in our parsha!”

The Brisker Rav cites a pasuk from Trei Asar [the Twelve Minor Prophets]: “And I shall be to them like a lion; like a leopard al derech Ashur.” [Hoshea 13:7] What does this pasuk mean? We would be tempted to say that the last three words al derech Ashur means “on the way to Assyria.” However, Rashi in Hoshea says that Ashur in this pasuk is not a proper noun, indicating the name of a place. Rashi says that every time Scripture mentions the place named Assyria, there is a grammatical dot (dagesh) in the letter Shin. In the word Aleph Shin Vov Reish in this pasuk in Hoshea, there is not a dagesh in the Shin. Rashi therefore translates the word as a verb meaning, “to lie in wait”. So the pasuk is saying, “As the leopard lies in wait, anxiously anticipating its prey.” Rashi says, “How do I know that the word Ashur in Hoshea means to want and anticipate and expect? Because it is parallel to the expression used by Bilaam – “Ashurenu, v’lo Karov” [I view him, but he is not near.] [Bamidbar 24:17] – the pasuk in our parsha.

This pasuk means that even though Moshiach may not be near, nevertheless – Ashurenu – I anticipate him; I want him; I expect him, I long for him. According to the Brisker Rav, this is the Rambam’s source in “Toras Moshe” for waiting anxiously for Moshiach.