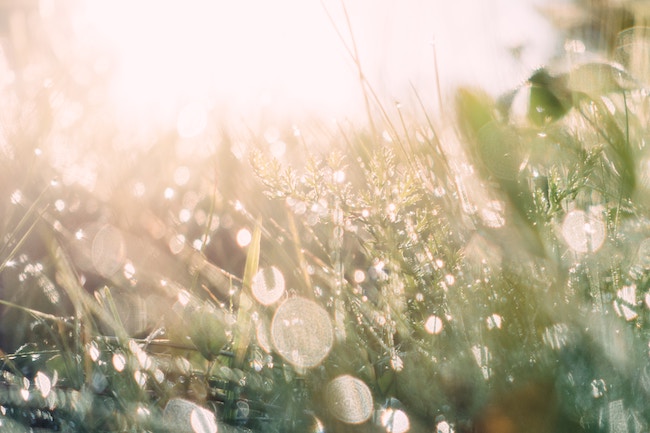 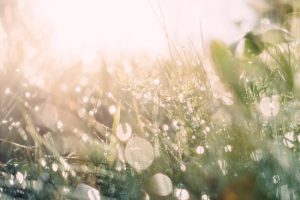 These divrei Torah were adapted from the hashkafa portion of Rabbi Yissocher Frand’s Commuter Chavrusah Tapes on the weekly portion: # 1062 Shalosh Seudos: Where and With What?  Good Shabbos!

From Here We Learn the Idea of Resurrection

The pasuk in this week’s parsha says, “Then Moshe and the Children of Israel sang this song to Hashem…” [Shemos 15:1]  The words “Az Yashir,” which begin this famous section of the Torah are very peculiar.  Literally, they mean, “Then he will sing” (future tense).  Technically, the Torah should have written, “Az shar Moshe…” — then Moshe sang (past tense).  The Medrash comments “From here we see the idea of Resurrection (Techiyas haMeisim) in the Torah.”

It seems strange that one of the fundamental beliefs of our religion – one of Maimonides’ 13 Basic Principles of Faith – namely Techiyas haMeisim is not explicitly mentioned in the Torah.  Instead, we learn it homiletically from several places, one of which is our pasuk, “Then Moshe and the Children of Israel will sing…”  The question is – why is this the venue to teach us about Techiyas HaMeisim?

The Chidushei HaRim shares a very interesting thought.  There is a concept called Emunah [Faith] – which is fundamental to our religion.  These beliefs are listed in the “Ani Ma’amins” (“Ani Ma’amin” means I have Emunah – i.e., belief).  We must believe in the Almighty; we believe that He is only One; etc., etc.  We must have Emunah.

Bnei Yisroel experienced the Exodus from Mitzrayim [Egypt] and then the Splitting of the Yam Suf [Reed Sea], about which it is said that the most simple handmaiden at the Sea had prophetic visions greater that the great prophet Yechezkel.  The first chapter of the Book of Yechezkel delineates the great vision Yechezkel saw, including Angels and the Heavenly Chariot, and the Master of the World Himself.

Chazal say that the simple handmaiden by the Yam Suf had greater understanding and a greater appreciation of spiritual matters that the prophet Yechezkel.  However, when Klal Yisrael saw great truths with such clarity, paradoxically, that removed their ability to have Emunah.  Contrary to the popular saying that ‘Seeing is Believing’, theologically, that is not the case because what someone sees in front of his face is not something to which we can apply the term ‘Emunah.’  Emunah is Faith – something I believe in despite the fact that I cannot see it and I cannot prove it.  If you see me holding up five fingers, you do not need to believe that I am holding up five fingers, you know it!  If Divine Truth was clear as day to everyone at the Sea, how is it possible to have any Emunah there?

Yet, the Torah says that at the Yam Suf, the Jewish people had Emunah – “Va’yaminu b’Hashem…”  [Shemos 14:31].  That is why this is the source for the concept of Techiyas HaMeisim.  Their Emunah did play a role.  Their experience at the Yam Suf did not include witnessing the idea that there comes a time when everyone dies, but they will come back again.  Consequently, at this point they still had an opportunity to fulfill the mitzvah of having Emunah regarding the concept of Resurrection.  Belief in all the other essential fundamentals of faith was obvious to them at this point, to even the lowest members of society.  Their Belief could only be in something that was not in front of their faces. That something was Techiyas HaMeisim, so it is appropriate for the Torah to allude to this concept right at the beginning of Shiras HaYam with the words ‘Az Yashir Moshe‘ (then Moshe will sing.)

The Message of Shiras HaYam in Pesukei D’Zimra

I saw the following observation in the sefer Chikrei Lev by Rabbi Laibel Hyman, shlit”a.

Have you ever wondered why Az Yashir is included in Pesukei D’Zimra (the preliminary section of the morning prayers)?  Pesukei D’Zimra is all about praise and thanksgiving for the greatness of Hashem.  This is our preparation for Shachris.  Before we can approach the Master of the Universe and ask him for our needs, we need to have an understanding of who the Ribono shel Olam is.  The entire Pesukei D’Zimra is about His praises.

Az Yashir does not fit into that formula.  It is a historical event, something that happened, for which Shira was recited. Why did they choose to put Az Yashir into this section of prayer?

Rabbi Hyman raises a second question: How many times do we mention Mitzrayim in Az Yashir?  The answer is zero.  Az Yashir only mentions Pharaoh.  This is seemingly a poem about the destruction of the Egyptian nation and the Egyptian army, yet there is not any mention of Egypt.

Rabbi Hyman suggests that what happened at the Yam Suf was not really about Mitzrayim.  It was a battle, so to speak, between the Hashem and Pharaoh.  This was – if we can say such a thing – “personal,” between the Almighty and Pharaoh.  Why?  It is because Pharaoh at this point still was of the belief that he was a god.  He felt that he was more than just king.  He felt, and he wanted everyone else to feel, that he was a Deity.  “To me is the Nile and I am the Creator.”  ]Yechezkel 29:3].  That is why Pharaoh had this problem about going to the bathroom, because gods do not go to the bathroom.  Therefore, he had this charade of everyone believing that he did not need to relieve himself, which ostensibly proved that he was a god.

At Krias Yam Suf, when Pharaoh was still of this impression and still attempting to hoist it upon the Egyptian people, the Almighty’s intention was “And Egypt shall know that I am Hashem.”  [Shemos 14:4]  The purpose of Krias Yam Suf is to make known that there is only one G-d.  Pharaoh, the Egyptian people, and indeed the world had to be disabused of the notion that there was the possibility of another god in the universe.

Therefore, Mitzrayim is not even mentioned in this song, because it is, so to speak, between Hashem and Pharaoh alone.  The bottom line of the Shira is Hashem Yimloch l’Olam Va’ed – Hashem will rule forever and ever; there is only One Ribono shel Olam.

Now we understand, he says, why the Shira is located in Pesukei D’Zimra.  This is really not part of Pesukei D’Zimra in the classic sense.  Rather, this is a prelude to Krias Shema and to the Blessings of Krias Shema.  In Krias Shema (Listen O’ Israel, the L-rd our G-d, the L-rd is One), we accept upon ourselves the exclusivity and the unity of G-d.  The prelude to that is “See what happened in Mitzrayim; see what happened at the Yam Suf.”  By Krias Yam Suf, the Ribono shel Olam said, “I am going to show the world that there is no such thing as another god.  There is only one Ribono shel Olam.”

Therefore, the words “Hashem Yimloch L’Olam Va’ed” contain the final message of the Shira.  The reason the Anshei Knesses Hagedolah [Men of the Great Assembly] decided to put Shiras HaYam into Pesukei D’Zimra is not because this is just another way of praising the Almighty.  We did that already with all the chapters of Tehillim [Psalms] that we read prior to Shiras HaYam.  This is a different message – preparing us for Birkas Krias Shema and Krias Shema, by reinforcing the idea of Shema Yisrael Hashem Elokeinu, Hashem Echad.

This week’s write-up is adapted from the hashkafa portion of Rabbi Yissochar Frand’s Commuter Chavrusah Series on the weekly Torah portion. A listing of the halachic portions for Parshas B’Shalach is provided below: