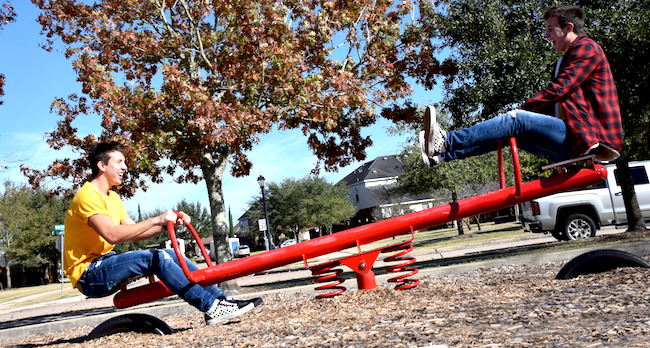 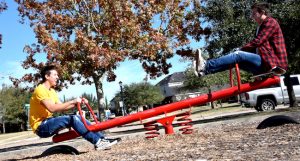 These divrei Torah were adapted from the hashkafa portion of Rabbi Yissocher Frand’s Commuter Chavrusah Tapes on the weekly portion: CD #1080 — Doing An Aveira for the Best Reasons? Good Shabbos!

We Know We Are ‘Nogeah’, but We Won’t Let That Influence Us – Famous Last Words

The story of the Meraglim [Spies] is one of the more difficult stories in the Torah to understand. The Torah says, “Send forth for yourself anashim…” [Bamidbar 12:2]. Chazal say that the word anashim indicates that they were tzadikim. So, these people were righteous individuals. Rav Dovid Povarsky, z”l, points out, in a talk about the Meraglim (given in 1987), that not only did these individuals have a reputation of being tzadikim, but their mere act of going on this mission was itself an act of righteousness.

“Spying” is dangerous business. If someone were to fill out a life insurance form and list as his line of employment “CIA; Covert Operations”, he will certainly need to pay a premium rate for life insurance. It is a dangerous occupation. Moshe Rabbeinu tells these righteous individuals, in effect, “I am sending you on an extremely dangerous mission.” They responded, “Fine, we are ready to go.”

Add to that another factor. The Zohar writes that, at the end of the day, the reason they came back with such a bad report was because they knew that even though at this point in time when they were in the Wilderness they occupied positions of leadership, they knew that when Bnei Yisroel enter Eretz Yisrael – for whatever reason it may be – they were no longer going to retain their positions of leadership.

If someone were to ask me to go on a dangerous mission, put myself in danger and – “Guess what? – when you get back, I am going to fire you,” I would say “Get somebody else.” Most people would say “Why don’t you ask the people you are going to appoint to be tribal leaders in Eretz Yisrael? Let them face this dangerous mission!

The very fact that they went on a dangerous mission, knowing that the result of the mission would be their losing their jobs, is itself justification for giving them the title anashim = tzadikim!

So, the question is – why in fact did they accept the mission? This is a mission that was going to cost them their jobs, their honor, and their whole roles in life! The answer is – and herein lies one of the great truths of life – that they thought: “We will be able to handle it. We know it is a dangerous mission. We know this may cost us our jobs, but we will be able to overcome any personal bias and prejudice that we have, and we will be able to report the truth.”

Moshe Rabbeinu had grave doubts whether they would be able to do that. Chazal say that Moshe changed the name of his disciple Hoshea, to Yehoshua to connote, “May G-d (K-ah) save you from the counsel of the spies.” Moshe sensed that something amiss may occur. Kalev, Chazal say, went to pray by the gravesite of his ancestors. Why were they so worried? The answer is that Moshe realizes that all these twelve Meraglim are walking a tightrope. They will be going on a dangerous mission, one in which they will be tempted (consciously or subconsciously) to skew the information they are supposed to report. They did it because they said, “We will be able to do it anyway.”

This is a lesson for all of us, and this is something that happens all the time. You ask somebody for advice and his answer to you is “I may be ‘nogeah‘ [have a personal interest in the matter], but this is what the truth is anyway…” When you hear those words – forget it! Greater and wiser people have not been able to overcome personal interest and subconscious bias to give sound and accurate advice about matters which affect them negatively. That is exactly what the Meraglim said. “We know we might have an agenda, and we know we might lose our jobs, but we will be able to give a fair and balanced opinion of the situation, and we will not be swayed by our personal interests!” Famous last words!

To me, this is one of the greatest challenges of life. In varying situations, we all have different agendas. We all have our personal biases. How does a person overcome that? Merely recognizing and saying “I am a ‘nogeah’ but…” is not a defense at all. Whenever you hear those words, run the other way. The only solution I have to this conundrum of life is to ask someone else who is absolutely not ‘nogeah’ for their opinion on the matter. You cannot trust yourself and you cannot trust anybody else who might have any kind of personal involvement or who might be impacted by the action to be taken as a result of the advice being sought. To delude oneself into thinking, “Yes, I will be able to overcome it” is the mistake that the Meraglim made. This is precisely Moshe Rabbeinu’s fear. It is Kalev’s fear. The Spies needed to walk a very thin line. At the end of the day, they failed. As the Zohar says, their personal agenda and ‘negius’ did them in.

Sefer Be’er Mayim Chayim takes note of the dialog that takes place upon the return of the Meraglim. Their report – that the inhabitants of Canaan lived in fortified cites, that they were strong and gigantic individuals, and that the fruit were extraordinarily large – was all true. The Ramban notes this in his Chumash commentary. The question is, when and where did they veer from the truth?

When they gave their report, and they were trying to telegraph a message to the nation that the people were very mighty, suddenly Kalev silenced them. “Be quiet. You are not right! We WILL be able to conquer them. The Ribono shel Olam was with us until now, and He will be with us in the future.”

At that point, their story changed. Rather than it being an objective accurate report, they added subjectivity. The subjectivity was “A land that eats up its inhabitants” [Bamidbar 13:32]. That is editorial comment. What happened? Up until now, they reported the truth. The facts were accurate. Those were the “facts on the ground.” They did live in fortified cities; they were large and strong; and so forth. As soon as Kalev says: “No. We will be able to conquer the people,” then their tune changes. Suddenly, they start speaking ill about the country and they make up facts. Why did that happen?

Here is another great truth of life. The desire to win and to be right is an extremely powerful Yetzer HaRah [urge of the evil inclination]. When Kalev told them “Be quiet. You are wrong!” they immediately needed to counter, “No. We are not wrong!” to the point of fabricating facts – if necessary – to prove that they were right and Kalev was wrong. When someone is challenged, his instinctive reaction is “No! I will show you that I am right.” Such is human nature: “I want to win.” As soon as Kalev challenged them, it became a personal duel. “Who is right – we or you?” It became a matter of honor. People do not like to lose.

Recently, someone came to me and told me that he went to a Din Torah. The facts of the case are too complicated for me to go into right now, and the details are not really relevant to my point. But to make it simple, the Din Torah centered around who had the right to a piece of property. There was a several-hundred-thousand-dollar issue at stake here. The Beis Din, in effect, ruled in favor of one of the parties, and he had the option of either taking the property or walking away from the property and being nicely compensated for it.

Objectively speaking, the wise thing to do would have been to walk away from the property and accept payment for it. Take the money and run. Let the other guy stick with the property. The person came to me and said “I still cannot believe what I did! I insisted, ‘I want the property.'” Now he comes to me a week later and tells me “It was the stupidest thing I ever did. I am saddled with this property; I have to mortgage it; it is financially ruinous to me.” So, I asked him “So, then why did you do it?” He said “It is because I have been fighting with this person for so long over this piece of property that when I had the opportunity to take it, I said ‘I want to win!’ even though here, ‘winning’ was ‘losing.'” Winning the property was financially more costly to him than losing it would have been.

That is what happened by the Meraglim as well. Kalev silenced the people. When he said, in effect, “You’re wrong!” their instinctive reaction was “No. We are not wrong! We are going to be right!” And then their story changed, because it became personal. When it becomes personal – when it becomes a matter of who is going to win – then people pull out all the stops.

There is a beautiful comment from the Chidushei HaRi”m – the Gerrer Rebbe. The Haftorah of Parshas Shelach is a chapter from Sefer Yehoshua. Yehoshua bin Nun also sent out two spies. They happened to be Kalev and Pinchas. They were his two spies. The pasuk uses the word “Cheres Laimor“. The simple interpretation is that the word Cheres is like Cheresh [mute]. The message was very discreet and quiet. Chazal say, however, that the word Cheres indicates that they took with them earthenware. Their “cover” so that people would not suspect them of being spies, is that they took with them earthenware objects to sell. They claimed they were itinerant earthenware salesmen. They went around Canaan and Yericho spying out the land, but their cover story was that they were pottery salesmen.

Why pottery? Why did they not sell Fuller Brush? (A person must be of a certain age to appreciate that reference.) The Chidushei HaRi”m makes a beautiful observation. Chazal say that an earthenware vessel only transmits impurity internally (mi’tocho). If something touches an earthenware vessel externally, it does not become impure. It only becomes tameh if the source of impurity goes into the internal airspace of the earthenware vessel.

The Chidushei HaRi”m writes that these spies (Kalev and Pinchas) wanted to remind themselves: We are nothing! We have no value! It is not about us! It is about our job, our function – just like an earthenware vessel. The essence of an earthenware vessel is only for the job that it is going to perform. That, too, is our mission, to perform our job, but otherwise to be like we are non-existent. We are pilotless drones. We do not have wisdom. We do not have intellect. We are individuals who have been sent on a mission; but personally, we are like Kley Cheres.

The problem with the previous set of spies was that they became personally involved. Kalev and Pinchas took heed to not repeat this mistake. They were not going to “need to win”. They were not going to let their egos get involved. The spies sent out by Yehoshua bin Nun were like earthenware vessels – mere unimportant functionaries. Therefore, despite the tragic fate of the previous set of Meraglim, the spies of Yehoshua bin Nun successfully completed their mission.

This week’s write-up is adapted from the hashkafa portion of Rabbi Yissochar Frand’s Commuter Chavrusah Series on the weekly Torah portion. A listing of the halachic portions for Parshas Sh’lach is provided below: