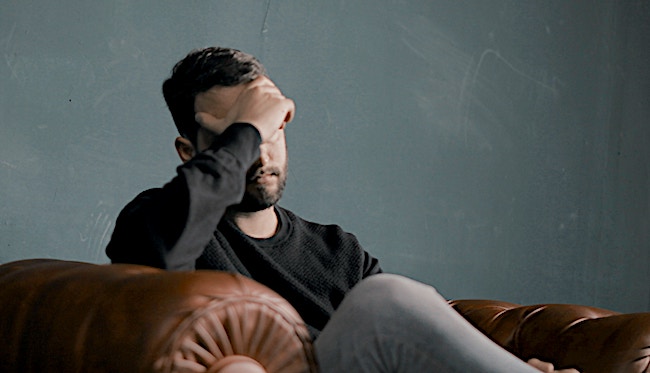 When is it Time to Start Worrying? 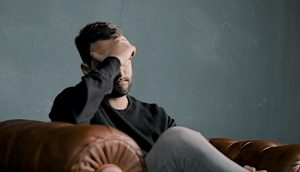 When Someone Says “Don’t Worry About It,” It Is Time to Start Worrying

This week’s Parsha contains the mitzvah of lighting the Menorah in the Mishkan: “Now you shall command the Children of Israel that they shall take for you pure, pressed olive oil for illumination, to kindle the lamp continually…” [Shemos 27:20]

The Gemara [Shabbos 22] raises an obvious question: Why does the Almighty command us to have a Menorah in the Mishkan/Mikdash? Does He need its light? After all, throughout the 40 years of wandering in the Wilderness, the Jews were led by His Light. He certainly does not need our light. Rather, the Light of the Menorah is symbolic of the fact that G-d’s Presence dwells in the midst of the Jewish people. This is how the Gemara deals with this question.

However, the Medrash Rabbah has a different take on the matter. The Medrash is bothered by the same question. The Medrash, putting words, as it were, into the mouth of the Almighty, states: “I do not need the light, but let them provide a light for Me just as I provided a light for them. As it is written, ‘And Hashem walked before them in the day.’” The Medrash explains that when the Jewish people were given this mitzvah (to light the Menorah), they asked Moshe Rabbeinu — ‘Why does HaKadosh Baruch Hu need our light?’ Moshe responded that it was to give them the opportunity to “pay back” Hashem, so to speak. “Let them provide light for Me like I provided light for them.”

This Chazal teaches an insight into how people act. When Reuven does Shimon a favor, Shimon will say “Thank you so much.” Reuven’s response will be “Think nothing of it. It was nothing. You do not even need to say thank you. Don’t worry about it!” How do we view Reuven? We think, “He’s a great guy! A tzadik!

Rav Yeruchem Levoviz zt”l, the Mirrer Mashgiach, says that Reuven is not such a tzadik. He has an ulterior motive. As long as Shimon feels that he is unable to pay Reuven back for the favor he has performed, Shimon remains indebted to Reuven. As the expression goes, “You owe me — big time!” People like it when others owe them “big time”. Deep down, Reuven does not want Shimon to feel he is able to pay back the favor, regardless of what Shimon says to or does for Reuven.

The fact that the Ribono Shel Olam — who in fact Klal Yisrael did owe “big time” — allows them to do a favor for Him as “payback,” as it were, for the favor He did for them, shows that Hashem does not want us to feel helpless in this relationship. It was a tremendous chessed [Divine Kindness] that after having provided them with Light for 40 years in the Wilderness, the Almighty was now giving them an opportunity to pay Him back.

This is the difference between the Master of the World and a flesh-and-blood person. He does us a favor and He lets us pay Him back. He does not want us to feel indebted to Him.

Shoftim Chapter 13 contains the story of the future parents of Shimshon, who were barren for many years. One fine day, an Angel came and told Manoach’s wife that she would conceive and have a child. The Angel instructed the mother not to drink wine during her pregnancy, and likewise commanded her that the child should be a nazir his entire life.

Manoach’s wife told her husband about the prophecy. He asked to meet the Angel. The Angel reappeared in the presence of both of them. They offered a sacrifice and then the Angel disappeared never to return again. The pasuk states that when the Angel failed to reappear, “Then Manoach knew that it was an Angel of G-d.” [Shoftim 13:21]

In other words, they had a child as the angel foretold, but the angel was never seen again. Then Manoach knew it was truly an Angel of G-d. From the flow of the pasuk, it sounds like the reason Manoach realized it was truly an Angel of G-d was specifically because he never returned. The reason this is so is because if this was a regular person, we could bet our bottom dollar that on the child’s birthday, the person would return and say “Nu, how’s my little child doing?” Then Manoach and his wife would need to say, “Oh, we cannot thank you enough. What can we ever do for you do show our appreciation?” And the person would say “Oh, think nothing of it” (but he would in fact want them to feel indebted to him.) However, the one who delivered the message of a child to Manoach and his wife was indeed an Angel… because he never came back to implicitly demand thanks and indebtedness.

The Brisker Rav zt”l had many children. He married them all off in the same Jerusalem wedding hall called Vagshal. The owner of the establishment was honored to have the Brisker Rav choose his wedding hall for the weddings, and offered the hall at no charge. The Brisker Rav refused to accept the offer. He said something to the effect: “The highest price I ever pay for something is when it is free.”

When someone gives something for free, do not think that you are not paying anything. When it is free, you are in someone’s debt. That is what this pasuk is teaching us. Hashem gave us the opportunity to pay Him back by lighting a light for Him, as He did for us for so many years, in order that we not feel indebted to Him.

This write-up was adapted from the hashkafa portion of Rabbi Yissocher Frand’s Commuter Chavrusah Torah Tape series on the weekly Torah portion. The complete list of halachic topics covered in this series for Parshas Tetzaveh are provided below: