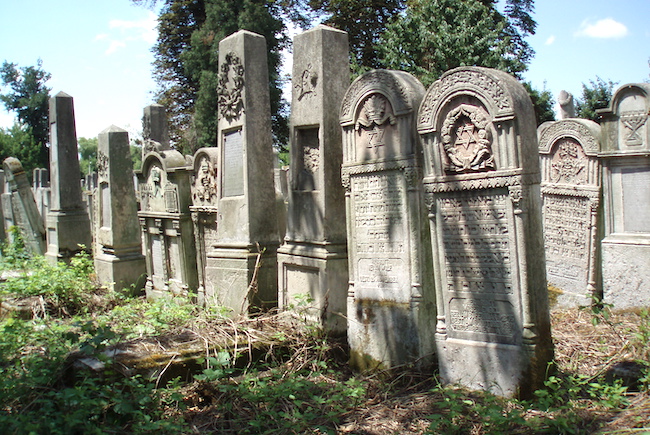 Why Must We Treat a Dead Body with Respect? 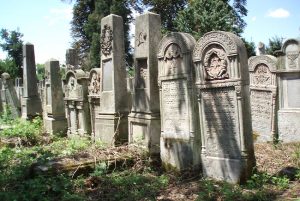 Why Must We Treat a Dead Body with Respect?

Parshas Chayei Sarah is the first parsha in the Torah in which the Torah discusses the matter of burial. Previously, people certainly died, but there is not any mention of burial. In this week’s parsha, we see the importance that Avraham Avinu attached to finding a proper burial site for his wife. He buried her in the Cave of Machpela. Even though we know that Adam and Chava are buried in the Cave of Machpela, Chayei Sarah is the first place the Torah actually records a person involving himself with the burial of another human being.

The truth of the matter is that we must understand that a body only has sanctity because it contains a living soul while we are living. Once the soul leaves our body, ostensibly we would say that the body has lost the source which gave it sanctity. Therefore, why do we need to treat a body with respect and properly bury a person who died? Offhand, we might argue that a body is simply an empty vessel. What gives a human body importance after the soul leaves it?

I saw the following suggestion in a Sefer called Machat shel Yad:

The Halacha distinguishes between Tashmishei Mitzvah (items with which a person does a mitzvah, e.g. – Tsitsis, Lulav, Succah, etc.) and Tashmishei Kedusha (items which involve Scriptural writing, e.g. – Sefer Torah, Tefillin, Mezuzah, etc.). After Succos, a person may theoretically throw out his Lulav and Esrog. The law is that Tashmishei Mitzvah do not retain sanctity, and after the completion of their use for the mitzvah performance, a person may discard them. (There is a nice custom to use the Lulav to burn the Chometz before Pesach, but this is only a custom and not a fundamental requirement.) Tashmishei Kedusha, however, remain eternally holy – even after the completion of their service in the performance of a mitzvah. Even if a Sefer Torah or Tefillin fall into water and become ruined, once they had sanctity, the sanctity remains forever.

The law of Tashmishei Kedusha prevails to such an extent that even items used as accessories to an item containing Torah pesukim (such as cloth coverings for Sifrei Torah) have sanctity even after they have become worn out, and must be buried rather than simply discarded.

What is the difference? The difference is that by Tashmishei Mitzvah, once the mitzvah is finished there is no more holiness. However, when the Name of G-d and words of Torah are written on parchment, the holiness remains forever.

This, he explains, is why a human body has sanctity even after death. Every Jew is a vehicle for Words of Torah. Just as parchment becomes holy forever, so too a Jew who spoke words of Divrei Torah, who said the words Shema Yisrael—his body now becomes like a Sefer Torah. Therefore, despite the fact that the soul has left, the words of holiness that were “inscribed” on that body during his lifetime put an eternal Kedusha on that body, for ever and ever.

With this concept, the author explains a very famous Talmudic passage. The Gemara [Berachos 17a] asks: “These women (who do not study Torah), how do they gain merit?” The Gemara answers: The fact that women help their husbands and children learn Torah—not only do they help them, but they wait for their husbands to return from learning and they wait for their children to come back from Cheder (the fact that they drive carpools and take their children to learn)—this is the source of women’s reward for Torah study.

The Chofetz Chaim asks the obvious question: And when a woman does mitzvos, is that not a source of merit for her? Will a woman not get reward in the World to Come for giving charity? Women who pray to Hashem and do other acts of kindness do not get reward? That cannot be!

The Chofetz Chaim answers that the Gemara is not speaking about the World to Come. Certainly, women will get Olam haBah for every mitzvah they perform. The Gemara is talking about Techiyas HaMeisim [Resurrection of the Dead]. The Talmud [Ketuvot 111b] expounds from the pasuk “May Your dead come to life, may my corpses arise. Awake and shout for joy, you who rest in the dirt! For Your dew is like the dew that revives vegetation (tal oros talecha)…” [Yeshaya 26:19] Whoever utilizes the Light of Torah, the Light of Torah will revive him. To merit Resurrection, a person needs the “dew (i.e. – merit) of Torah”. For fulfillment of all other mitzvos, indeed, a person will receive reward. However, Lulav, Esrog, Tefillah, etc. will not gain a person new life in the time of Resurrection. Techiyas HaMeisim requires the “dew of Torah” to revive him.

It follows that the Gemara poses a reasonable question: How will these women merit Resurrection? They do not study Torah! With what merit, then, will they receive Techiyas HaMeisim? The Gemara answers they do have the merit of Torah because they are enablers of Torah. Enablers of Torah, from a certain perspective, get even greater reward than those who engage in Torah learning itself. There is “enjoyment” in learning Torah, but there is no “enjoyment’ in driving car pool. There is no “fun” in waiting for one’s husband to return from learning. The husband’s learning is enjoyable for him. Merely waiting for him is not so enjoyable.

In order to merit Techiyas HaMeisim, a person needs to possess the merit of Torah. Why? Because it is the merit of Torah that provides the person with the sanctity that makes him worthy of being revived at the time of Resurrection. We merit such revival because we are in effect Sifrei Torah, Kisvei Kodesh! The Zechus haTorah that women possess in an auxiliary fashion, in an enabling fashion, makes them into Kisvei haKodesh. Therefore, their bodies have eternal sanctity as well and that is why they too will rise at the time of Techiyas haMeisim.

One of the things we do at a Jewish wedding is called the “Badeken” [veiling of the bride]. If you have ever been by a “Badeken” you notice that the father of the Choson and the father of the Kallah bless the Kallah. What bracha [blessing] is given to the bride immediately before her Chuaph? Typically, we give the same blessing we give our daughters Friday night: May G-d make you like Sarah, Rivkah, Rachel, and Leah (the Matriarchs). However, the official bracha that a person is supposed to give by the Badeken is the pasuk from this week’s parsha: “Our sister, may you come to be thousands of myriads, and may your offspring inherit the gate of its foes.” [Bereishis 24:60]

According to Halacha, the ancient custom was not that the fathers of the Choson and Kallah gave this bracha, but that the Elders of the City (Ziknei HaIr) came and gave her this bracha. This bracha originates from the bracha Lavan gave his sister, Rivka. A person might ask—we emulate the conniving Lavan? Of all the blessings in the Torah, this is what we say to a Kallah immediately preceding her going to the Chuppah? It seems strange, to say the least!

I saw an interesting observation. Usually, when your daughter, your sister, your relative goes to the Chuppah, you are thrilled. She is now getting married! A fine family! The whole works!

Lavan did not like this Shidduch—not one bit! Do you think he was happy that she was leaving? He tried to talk Eliezer out of immediately taking her back to Yitzchak. “Let the maiden remain with us days or a set of ten [months]; then she will go.” [Bereishis 24:55] Lavan was into money. He did not want his sister to marry Yitzchak, who spent his time in prayer. “I do not want my sister to become some kind of Meah Shearim Rebbetzin! I am not happy with this!”

What does Lavan do? He overcame his prejudice, his hesitancy, and he gave a bracha entirely for the sake of heaven. He said, “I may not be happy with this shidduch; and I do not like this lifestyle; and this is not what you learned in your father’s house; but I am giving you a bracha with a full heart.” – “My sister, may you become the matriarch of thousands and tens of thousands!”

Therefore, when we say those words to our daughter and/or our future daughter-in-law by the Badeken, we are not giving Lavan’s bracha. But rather, Lavan’s bracha should be an inspiration to us that the true bracha is one in which the person who bestows the bracha does not expect to get anything out of it, an altruistic bracha. A bracha that is entirely for the sake of heaven. “For you—not for me. I get nothing out of this shidduch.”

Sometimes a person may think that a shidduch will be helpful for him. No! That is not what I am interested in. It is a bracha entirely for HER benefit. That is the bracha that we must give a Kallah. We are not quoting Lavan, to borrow his words; we are quoting Lavan to emulate his motivation.