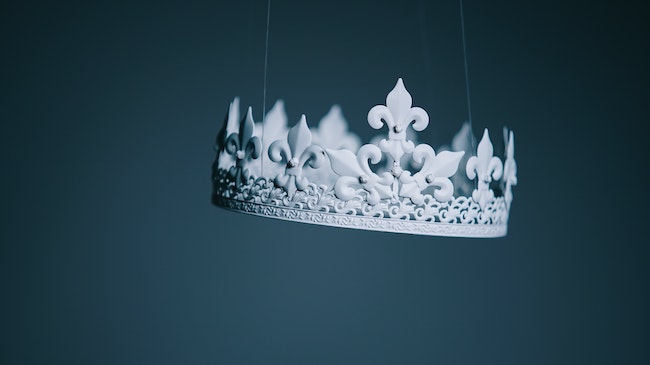 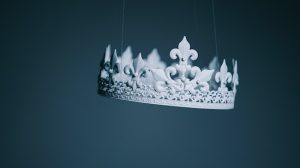 And He took him outside, and He said, “Please look heavenward and count the stars, if you are able to count them.” And He said to him, “So will be your seed.” And he believed in HASHEM, and He accounted it to him (Avraham) as (Tzedaka) righteousness. (Breishis 15:5-6)

There is something we can do for HASHEM that even HASHEM cannot do for Himself. Sounds almost like a heretical proposal but if I did not hear it from a great person, Reb Ezriel Tauber zt., and with my own ears, I would be intrepid to say it myself.

How is it that Avraham Avinu was credited with Tzedaka? He believed in HASHEM! HASHEM is the essence of KNOWLEDGE. How can HASHEM then believe in Himself, or force others to believe in Him?! That would not be belief but coercion. That would not make HASHEM a King but rather a dictator.

A king, by definition rules with the consent of his subjects. That Talmud says, “There is no king without a people.” His reign is dependent upon the consent of the nation that pledges loyalty to him. A dictator must rule his subjects, even for their own good, by force. He can be a benevolent despot but it is with or without their approval. King David writes in Tehillim, The Kingdom is HASHEM’s and he is ruler over all the nations. (Tehillim 22:29). It is HASHEM’s desire to be a King and not a ruler. Who are His people? When is the election?

Election Day in Israel is called, “Yom Bechira”- Day of Choosing! We know that every day is “Yom Bechira” but some days are bigger and more important than other days. Rabbi EE Dessler ztl. writes that there are two types of Bechira –Free Choice. One is Bechira Pratis (detailed) and the other is Bechira Klalis (general).. One style of free choice is made up of the miniature moment by moment decisions we make daily.

They are not to be minimalized because each moment of life is a slice of eternity and is cosmic in its impact. However, sometimes, it’s obvious when we reach a giant fork in the road that the choice we make will effect a whole year or the entirety of our lives. That’s called, “Bechira Klalis”.

When someone accepts to do a job and agrees to a salary then he is locked into that position. Each and every day and throughout every day he makes decisions that will impact whether or not that job or another job will be available for him next year. That first choice though is a grand and general choosing. Rosh HaShana is literally “The Head of the Year”! Everything in the year is contained in the head of that year! It is Election Day. The Shofar is campaigning and reminding, and urging, and encouraging we the Jewish People to get come to Shul and vote. This “voting” is much different than that democratic method of making voices heard.

My in-laws bless their souls were Holocaust survivors and they both became naturalized citizens. On Election Day they took their duty seriously. They made the great effort to come to the local polling station even when it was difficult. Now one was a republican and the other was a democrat. They each voted for the opposing candidate. When I heard about this, I wondered why they didn’t just stay home?! They effectively cancelled each other’s vote. Oy Vey!

When voting for HASHEM to be King over the World and the details of our lives, nothing, and no one can cancel our vote. It’s absolute and real. Not only that! In a regular election you simply pull a lever but when electing HASHEM, as the Talmud tells us, “HASHEM wants the heart”. Each vote is extremely private and has endless depth. This is what we can do for HASHEM that even HASHEM can’t do for Himself, and we are credited with giving to HASHEM Tzedaka!