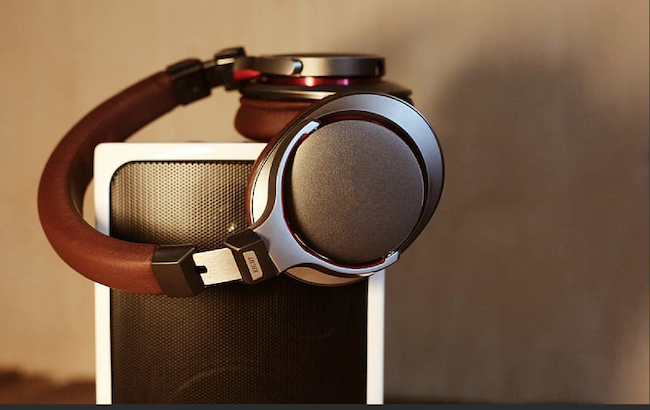 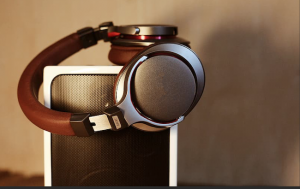 These divrei Torah were adapted from the hashkafa portion of Rabbi Yissocher Frand’s Commuter Chavrusah Tapes on the weekly portion: CD # 1216 Are Women Obligated in Yishuv Eretz Yisroel? Good Shabbos!

In the beginning of Parshas Ki Savo, there are two mitzvos that involve making a speech. One of them is Mikra Bikurim, the formal declaration a person makes upon bringing the first fruits of his crop to the Beis HaMikdash. In addition to the mitzvah of bringing the first fruits, in most situations there is a second mitzvah of reading the pesukim found in our parsha beginning with the words: “Then you shall call out and say (v’anisa v’amarta) before Hashem your G-d…” [Devorim 26:5-11]

What follows is a brief synopsis of the history of the Jewish people. We had to go down to Egypt. The Ribono shel Olam took us out of Egypt. He brought us to this place, a land flowing with milk and honey. And now, behold, I have brought the first fruit of the ground that You have given me, O Hashem. In short, we extol the praises of all the things the Almighty did for us, and we acknowledge our privilege of now being able to bring the first fruits of our wonderful land as a gift offering to the Kohen.

In connection with this Mikra Bikurim declaration, the Torah writes: “V’Anisa v’Amarta.” Rashi writes that this specific idiom indicates that the declaration is to be made “b’kol Ram” – in a loud voice. The Biblical passages read on this occasion are not to be said as one says the Shmoneh Esrei – silently. They are to be said out loud.

There is a second declaration associated with agricultural mitzvos that are performed in the Land of Israel. That declaration is contained in the pesukim found in the section of Vidui Ma’aser [Devorim 26:13-15]. At the end of each of the three-year mini-cycles that take place during the first six years of the seven year Shmitah cycle, the Jewish farmer makes a declaration testifying to his observance of the laws of separating and properly distributing Teruma and Ma’aser to the Kohanim, the Leviim, and the poor during the past three-year cycle. “I have eliminated the holy things from the house, and I have also given it to the Levite, to the convert, to the orphan, and to the widow, according to the entire commandment that You commanded me; I have not transgressed any of Your commandments, and I have not forgotten. I have not eaten of it in my intense mourning; I have not consumed it in a state of impurity, and I have not given of it to a dead person; I have listened to the voice of Hashem my G-d; I have acted according to everything You have commanded me.”.

The answer is obvious. The declaration of Mikra Bikurim extols the praises of the Almighty. The Jewish farmer is not praising or patting himself on the shoulder for his diligent observance of the laws. He recounts what the Ribono shel Olam did for him. At such a time it is appropriate that everyone should hear what is being said: Kol Rom. Vidui Ma’aser, on the other hand, is what I have done. I have done everything the Almighty has told me to do. When I am saying what I did right, it is not appropriate to give a klop in the Beis Medrash and say “I came to minyan every day for the last seventeen years….” We do not do that. We do not publicly pat ourselves on the back.

This is the simple answer to our question. However, I saw a very interesting insight from Rav Shlomo Kluger, which applies this dichotomy of silent recitations versus out-loud recitation to another area of Jewish practice.

The halacha is that Shmoneh Esrei should be said silently. There is one exception to this rule. It says in Shulchan Aruch that on Yomim Noraim, a person can say the Amidah louder than he recites it the whole year. This does not mean that every congregant should pretend to be the chazzan and sing the whole nussach of Rosh HaShannah and Yom Kippur while reciting his private Amidah. However, a person is allowed to say it louder than normal. Why is that?

The commentaries to the Shulchan Aruch give a couple of reasons: First, on the Yomim Noraim everyone davens out of a Machzor. During the year, people sometimes daven by heart (especially in the times of the Shulchan Aruch, not everybody had a Siddur). When Reuven is davening by heart and Shimon suddenly says something out loud, it can cause Reuven to become derailed and lose his mental place in davening. When everyone is reading out of a Machzor on Rosh HaShannah and Yom Kippur, it is much less likely for a person to get mixed up in his own Amidah recitation as a result of someone else davening out loud.

However, says Rav Shlomo Kluger, there may be another reason as well: Just like we say that Mikra Bikurim is said out loud because we speak there about the praises of the Ribono shel Olam, this too can explain the Shulchan Aruch’s distinction between Yomim Noraim davening and the normal daily davening. The hallmark of the Yomim Noraim Amida is “Meloch al kol ha’Olam kulo bichvodecha...” It is all about the Kingship of the Ribono shel Olam. We acknowledge the Sovereignty of the Almighty. It is about Him, it is not about me.

The whole year the overriding themes of Shmoneh Esrei are “Almighty I need sustenance, I need cures, I need this, I need that.” It is all about “me”. When it is all about “you”, you do that quietly. But Yomim Noraim, we are asking the Almighty to become King of the world. It is all about Him. That is the equivalent of Mikra Bikurim where we apply the principle of “V’Anisa v’Amarta” and we proclaim it aloud, rather than in silence.

Cursed Be the Faker

Later, the parsha mentions a very unique ceremony that occurred only once in the history of Klal Yisrael. When they came into Eretz Yisrael there were two adjacent mountains—Mt. Gerizim and Mt. Eval. Six Tribes stood on one mountain and six Tribes stood on the second mountain. A series of Blessings and Curses were recited, to which everyone needed to respond Amen.

The Torah mentions which tribes were to be positioned on each mountain, and then it proceeds to list the eleven “Curses” (Arurim) which were to be part of this recitation. These are eleven sins for which a person who transgressed them should be cursed. It was like a national Kabbalas Shevuah (acceptance of a binding oath) not to be in violation of these eleven transgressions.

The specific sins for which it was proclaimed “Accursed be he who…” include the following:

Let me ask something: Are these eleven things the worst sins in the Torah? It does not say “Cursed be one who desecrates the Shabbos.” It does not say “Cursed be one who eats chametz on Pesach.” Some of the things mentioned do not involve the serious Kares penalty, nor even the less serious penalty of makkos (lashes). If we had to pick a list of “the worst eleven,” maybe we would have listed some of the eleven items, such as those involving Avodah Zarah or Arayos. But most of them do not seem to be “all that bad” that they should be worthy of this unique curse. So why were these eleven singled out?

“Cursed be he who encroaches on the boundary of his fellow man.” A person can promote himself as one of the most honest businessmen there are, and yet in the stealth of night he will move the boundary demarcation a couple of inches, and no one will know the difference.

“Cursed is he who leads the blind man astray on the road.” The commentaries dispute what this applies to, but according to Rambam this refers to giving bad advice. You tell a person “Listen, you invest in this deal and you will make a fortune!” when you are purposely giving him bad advice, for your own advantage. All of these things, a person can in fact externally promote himself as a most upstanding citizen, but in secret – behind closed doors – (v’sam ba’seiser) it is quite a different story.

Chazal say that in the times of Yoshiyahu haMelech, the king thought he succeeded in cleaning out all the Avodah Zarah that existed in Eretz Yisrael. The King had guards going to people’s houses searching for idols. The wicked people hid their idols on the back of their doors, so that when the doors were open the idols would be hidden. As soon as the guards closed the doors behind them, the idols reappeared. That is an instance of “and emplace it in secret” (V’sam ba’seiser) [Devorim 27:15].

So, what is this unique ceremony all about? It is about being fakers. That is why these are Arur (cursed behavior). A person needs to be “Tocho k’Baro“—the same on the inside as on the outside. A person must be who he is everywhere—in the privacy of his home and in the public arena. All these people here are acting behind closed doors, secretively. Such behavior is intolerable. The Ribono shel Olam cannot suffer such hypocrisy.

One of the themes of the Yomim Noraim is “V’Taher Leebeinu l’Avdecha b’Emes” (Purify our hearts to serve you in truth). We must be honest. We must act with integrity. What you see is what you get. What is apparent to people must be what you really are. When you are “one way with your mouth and one way with your heart” or “one way outside and one way inside” then you are a faker. This is what the Torah condemns as deserving the Arur curse. That is why these eleven things—although perhaps not the most egregious of Aveiros—nevertheless have this element of fakery which the Torah singles out for explicit condemnation.