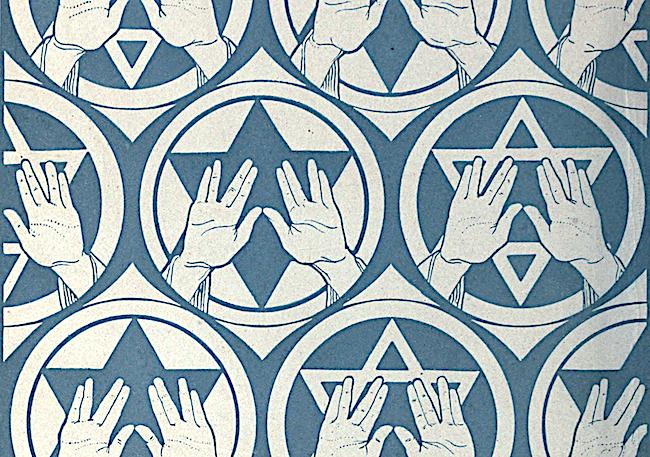 Now is the Time for the Kohein’s Blessing of Peace 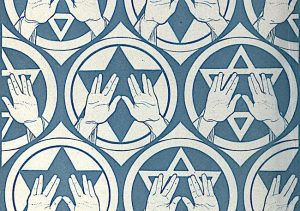 These divrei Torah were adapted from the hashkafa portion of Rabbi Yissocher Frand’s Commuter Chavrusah Tapes on the weekly portion: CD #1121 The Enigma of Shimshon HaGibor. Good Shabbos!

The Ramban notes here that Parshas Shemini already contains a mitzva for Aharon to bless the nation. In the ceremony relating to the inauguration of the Mishkan, the pasuk states, “And Aharon lifted his hands towards the people and blessed them.” [Vayikra 9:22] However, the Ramban says that mitzva was a “one-time affair” following the initial erection of the Mishkan. On the other hand, Parshas Naso contains the mitzva for the Kohanim to bless the people for all future generations.

What was the nussach (text) of this first occurrence of Birkas Kohanim in Parshas Shemini? Rashi there writes that the inaugural Birkas Kohanim was exactly the same as the Birkas Kohanim for all future generations: “Yevarechecha Hashem…; Yissa Hashem…; and Ya’er Hashem….” However, the Ramban argues that it is strange to say that the pasuk in Shemini stating that “Aharon lifted his hands towards the people and blessed them” is only referring to a blessing that is not specified until much later in the Torah, in Parshas Naso. The Ramban prefers to say that the blessing Aharon gave in Parshas Shemini was some other blessing that the Torah does not bother to record.

What is difficult – even according to the Ramban, but particularly according to Rashi – is: Why isn’t the parsha of Birkas Kohanim (that appears here in Naso) written over there in Parshas Shemini? Simply, what is the Priestly Blessing doing over here in the Book of Bamidbar? Its appropriate place seems to be in Sefer Vayikra – Toras Kohanim – which details all the obligations of the priestly rituals!

Why does Birkas Kohanim appear in Naso, when it seemingly belongs with the laws of the daily Tamid offering? Was there no room to fit it into Vayikra, such that they had to push it into Bamidbar? The last thing in the world Parshas Naso (already the longest parsha in the Torah in terms of number of pesukim) needs is another six pesukim! Legitimately, Birkas Kohanim belongs in Vayikra! Why is it in Parshas Naso?

I saw in the sefer Chikrei Lev, from Rabbi Label Hyman, z”l, the following idea to address this issue. His theory is that something happens here in the parshios of Bamidbar and Naso that has not happened until now. This is the first time that Klal Yisrael is individualized. This is not the first time they were counted. They were counted already in Parshas Ki Sisa (Shemos Chapter 30). How were they counted there? By method of the “half-shekel”. They had this big barrel (or many big barrels). Everybody came in, threw in their half shekel coin, and the leaders counted the money. There were X number of coins. Lo and behold, that is how they determined the population.

This is not what happens in Sefer Bamidbar. Here the census was individualized – “by families, by the house of the fathers.” In Parshas Ki Sisa, there is not any indication of the size of the Tribe of Ephraim, the Tribe of Dan, or the Tribe of Yehuda, etc. It was all just one big number. Here, not only did they know how many people were in each tribe, they knew the population break-down to the level of each family and each patriarchal home (l’mishpechosam u’l’beis avosam). Not only that, but Chazal say that every person went in front of Moshe and Aharon. He stated his name and the name of his father, the name of his family, and the name of his tribe. Everyone provided their exact genealogy. “I am not just some anonymous half coin. I am somebody!” “I am ploni ben ploni – Reuven son of Yaakov.”

It goes further. The Leviim had their own special count. First of all, the criteria of who was counted differed for the Leviim. They were counted from the age of thirty days (rather than from twenty years). Moshe Rabbeinu came to each tent where a Levi lived, and a Heavenly Voice called out to him, “There are X number of babies in this tent”. The Levites were thus individualized to an even greater extent—down to granting an individual identity to every male from the age of one month!

What happens when the individuality of each and every person is pointed out? Until now there was just this one conglomerate, but now everyone is personalized. This can unfortunately lead to jealousy and competition. It can lead to “why are you so special?”, “why do you have privilege X, Y, and Z that I do not have?”, “Why does he travel first and he travels last?”, and “Why, just because you are a Levi, are you different than me?” Even within the Tribe of Levi – various families had unique assignments. Gershon, Kehas, and Merari each had different jobs assigned by family. That might really be taken as insulting. “I have to schlep the boards and you get to carry the Aron???” That’s not fair!

This all begins to take place in Parshas Bamidbar and Parshas Naso. And the individualization continues further. Think about the Law of the Nazir (appearing in this week’s Parsha)! This fellow says “I am holier than thou! I am not going to drink wine. I am not going to shave my hair. I am not going to funerals. I am a “High Priest”! He stands out.

Individualization creates fertile ground for divisiveness, hatred, back-biting, and all the things that happen when people are jealous of each other. Therefore, the Ribono shel Olam gives Klal Yisrael a mitzva—every single day – the mitzva of Birkas Kohanim!

What does this blessing include? “May Hashem lift His countenance to you and ESTABLISH PEACE FOR YOU.” [Bamidbar 6:26] Peace is needed here because the Ribono shel Olam saw the potential for dissension and division. Remind the people daily that what I want as their Father in Heaven is that there should be peace among them.

How is peace achieved? Chazal say in Maseches Derech Eretz that “Great is peace for all the blessings and all the prayers conclude with peace (Shalom).” The climax of Birkas Kohanim is the blessing of Shalom. All the blessings need to include Shalom. As Rashi says in Parshas Bechukosai [26:6], “If one does not have peace, one has nothing.”

Rashi explains that the first blessing of “Yevarechecha HaShem v’Yishmerecha” refers to a blessing for a person’s property. A person should make a decent living. Rashi interprets the second blessing of “v’Yishmerecha” (He will Guard you) to mean that robbers will not attack you to steal your property. I have my money. I have my protection. I should be a happy person. But a person needs something else. A person needs Shalom. The way to achieve peace is to be happy with what we have. The word Shalom (peace) comes from the word Shleimus, to be satisfied that we have, to feel that we have everything that we need. Even if you have the blessing of a good livelihood and the blessing that no one will steal it from you, if you look at your friend and say “he has more than I do,” then you have nothing. For “one who has one hundred, wants two hundred.” Unless a person learns to live and be happy with what he has, he will never be happy.

Therefore, Birkas Kohanim, which speaks about money and about having enough, is meaningless unless it is sealed with Shalom. Shalom is achieved by rejoicing with what we ALREADY have, and not looking over our shoulders. Therefore, in these parshiyos, where each individual is highlighted, introducing the potential for terrible dissension, the Ribono shel Olam says, “You shall place my Name upon the Children of Israel and I will bless them.” And how is that? It is through “And establish Shalom for you.” Shalom is not just peace. Shalom means Shleimus, the concept of a person being satisfied with what he has. If someone has that attribute, he will never be wanting; if he does not have it, he will always be looking over his shoulders with a jealousy that will devour any sense of happiness.

This week’s write-up is adapted from the hashkafa portion of Rabbi Yissochar Frand’s Commuter Chavrusah Series on the weekly Torah portion. A listing of the halachic portions for Parshas Naso is provided below: