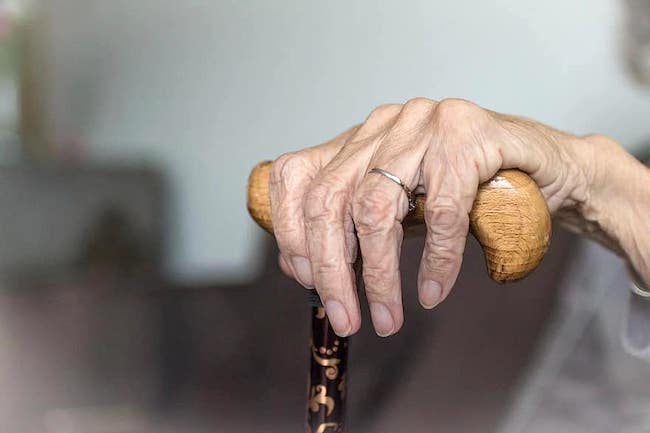 Never Too Old to Improve 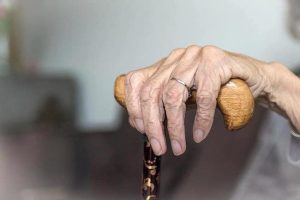 These divrei Torah were adapted from the hashkafa portion of Rabbi Yissocher Frand’s Commuter Chavrusah Tapes on the weekly portion: CD #1127 – Tei’ku – What Will Eliyahu Answer? This is the final shiur of the season. The shiur will resume in Elul with Parshas Shoftim. Good Shabbos!

The narration at the beginning of Parshas Pinchas is really a culmination of the incident at the end of Parshas Balak where, in an act of religious zealotry, Pinchas executes the Prince of the Tribe of Shimon, together with a Midyanite Princess, when the two were engaged in an act of immorality. In this week’s parsha, Moshe is commanded to take revenge against the Midyanites for their heinous act of having their daughters seduce the men of Israel into committing acts of idolatry and sexual immorality.

The truth of the matter is that the battle against Midyan does not occur in Parshas Pinchas. It occurs in Parshas Matos. There we have again the command from G-d to Moshe to take revenge against the Midyanites, and there the command is linked with Moshe’s death: “… And afterwards you will be gathered to your nation.” [Bamidbar 31:2]. In Matos, Moshe gathers an army of 12,000 men. They attack Midyan and kill out their kings. However, rather than killing out the women, the Jewish soldiers capture them and bring them back to Moshe Rabbeinu. Moshe is not pleased. He became angry with the officers: “Have you kept the women alive?” [Bamdibar 31:15]. What is with you? The women were the cause of this whole tragedy, and now you are keeping them alive?

Then the pasuk says further “Elazar the Kohen said to the men of the army who came back from the battle, ‘This is the decree of the Torah which Hashem commanded Moshe…'” [Bamidbar 31:21-24].

In addition to the women, the soldiers came back with much booty of war—the “vessels of Midyan.” This is the only place where the Torah states the laws of kashering (purging absorbed non-kosher food from the vessels in which they were cooked). Interestingly, this parsha is not told to Bnei Yisrael by Moshe Rabbeinu, but rather by his nephew, Elazar.

Rashi explains: Since Moshe became angry here, he made a mistake. Even though he became angry for legitimate reasons (he was chastising them—how did they dare keep the women alive) nevertheless, once he lost his temper, he erred. Rashi cites several incidents throughout the Torah where Moshe became angry, and as a result, he forgot the halacha. One of the examples Rashi cites is the incident in Parshas Chukas, “Hear you, you rebellious people!” (when the people were complaining about lack of water). This incident caused Moshe to lose his opportunity to enter Eretz Yisrael. Again, once he became angry, he made a mistake (by hitting the rock rather than speaking to it, according to Rashi’s interpretation there). For this reason, the parsha of the “Vessels of Midyan” was given through Elazar, rather than through Moshe.

Parshas Devorim begins with “These are the words that Moshe spoke to all of Israel in Transjordan, in the Midbar, in the Aravah, opposite the Sea of Reeds, between Paran and Tofel, and Lavan and Chatzeiros, and Di-Zahav.” [Devorim 1:1] Rashi on this, the first pasuk in Sefer Devorim, paraphrasing the Sifrei, writes: Each one of the places mentioned in pinpointing the location of this address alludes to some type of subtle chastisement that Moshe Rabbeinu was giving the people. The Sifrei elaborates on the message of the various locations: In the “Midbar” – to remind them of how they made the Almighty angry in the Wilderness. “B’Aravah” – reminded them of how they sinned in Aravah with their worship of Baal Peor. “Mul Suf” refers to Yam Suf. “Bein Lavan u’bein Tofel” – refers to how they badmouthed the mann, which was white (lavan). Virtually every word of this one pasuk alludes to chastisement.

I saw an interesting observation in a sefer called Maor v’Shemesh from Rav Klonimus Kalman haLevi Epstein. Chazal say that the word “Eleh” always excludes what had been mentioned previously. On the words “V’Eleh haMishpatim asher tasim lifneihem” [Shemos 21:1] Rashi points out that “Eleh” always excludes that which came prior.

The Maor v’Shemesh says that Moshe Rabbeinu “learned a lesson” (if we may use this terminology) over here. These are the last days of his life. Moshe said to himself, “I have made some mistakes in the past. One major mistake I made in the past was that I was too harsh with them. I have been too explicit with them in my criticism. I called them ‘Morim‘ (you rebellious ones). [Bamidbar 20:10]” Now Moshe Rabbeinu decides he is going to take a different approach. He is going to give mussar, but he is going to do it subtly. “I will remind them of all the places they acted inappropriately, but I will do it derech remez (by hinting), because that is that way that mussar must be delivered.

There are two ways of giving mussar. When somebody does something wrong, you can say to him “How did you do that?” or you can say “How could you do that?” When the emphasis is on the word “that,” the implication is that you have done a horrible thing. When the emphasis is on the word “you,” the implication is that the act might not be so horrible, but a person of your great stature should not be doing it.

The famous Shaloh teaches a profound lesson on the pasuk in Mishlei “Al Tochach Letz pen Yisnaeka; hocheach l’chacham v’ye’ehavecha” [Mishlei 9:8] – (which on the surface means, do not give mussar to the cynic, for he will hate you, but give it to the wise person and he will love you). The Shaloh writes that this is not talking about two different people. It is the same person; however every person has a side of him that is a letz (a cynic) and a side of him that is a chochom (wise person). The Shaloh interprets the pasuk to be teaching that when giving mussar to a person, appeal to the wise man within him—do not beat down the cynic within him.

That is what Moshe Rabbeinu is teaching us here. In the past, I have taken the approach of giving mussar to the “letz,” as when I said “Hear yea you rebellious ones!” However, now, at the end of his life, Moshe Rabbeinu says, “I am going to change my approach. I am going to give mussar, but only in the most discreet of terms.”

The truth of the matter is that giving mussar is not really something that we should do on a normal basis. As the Chazon Ish writes [Hilchos Shechita, end of Siman 2], we do not know how to give mussar nowadays. Unless a person is a Rav or in a position of authority (e.g., a teacher or a Rebbi), it is not for us to chastise our fellow man, because we really do not know how to do it.

However, in one area we must all give mussar. In this area, we are obligated to chastise. That area is in the raising of our children. The lesson of the Shaloh haKodosh is that there is a right way to give chastisement to our children and there is a wrong way. The wrong way is to chastise the “Letz” within them. Rather, appeal to the “Chochom” within them. As Mishlei teaches, “Chastise the wise and they will love you.”

This is one lesson. The other lesson is that Moshe Rabbeinu is now 120 years old. He has been in this business for the last forty years. He did a very good job. Most people, who have been at something for forty years, with the success that Moshe Rabbeinu had in his career, think to themselves, “There is nothing more for me to learn about how to do this business.” However, Moshe Rabbeinu, on the very last day of his life, is looking at himself and saying, “You know what? I made mistakes along the way. My mussar sometimes was too strong. I got angry. ‘I lost my temper.’ I am going to try a different approach.”

The different approach is that the benign-sounding pasuk at the beginning of Sefer Devorim was his “mussar shmooz“. At age 120, after doing this for forty years, Moshe Rabbeinu said, “Let us try something new.” This is a lesson for all of us, no matter our age. I am a firm believer in the principle that a person is always in the child-raising business until he leaves this world, but even if we are not in the active child raising business anymore, we should all be in the business of learning how to improve our interpersonal skills. If Moshe Rabbeinu, at the end of his days, could introspect and say, “I have to change my approach”, at least sometimes we need to look at ourselves and say, “I need to change my approach” as well.

Have a healthy summer!