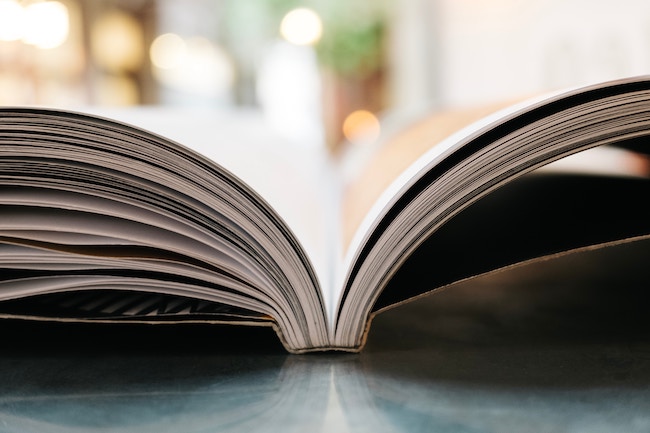 “I Should Accept Him As My Rabbi?” 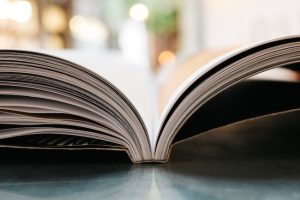 These divrei Torah were adapted from the hashkafa portion of Rabbi Yissocher Frand’s Commuter Chavrusah Tapes on the weekly portion: CD #1214 – The Danger of Cutting Down a Fruit Tree. Good Shabbos!

“I Should Accept Him As My Rabbi?”

In Parshas Shoftim, the pasuk says: “If a matter of judgment will be hidden from you, between blood and blood, between verdict and verdict, or between afflictions and affliction, matters of dispute in your cities – you shall rise and ascend to the place that Hashem, your G-d, shall choose. You shall come to the Kohanim, the Levites, and to the judge who will be in those days; you shall inquire and they will tell you the word of judgment.” [Devorim 17:8-9].

The Gemera [Rosh HaShannah 25b] makes a famous comment on the words “that will be in those days”: The Gemara asks “Would I think that I should go to a judge who was no longer alive?” The Gemara derives a very important lesson from this precise terminology: “You have no judge other than the one who is present in your days.” You need to go to the Gadol and Posek of your generation. Even though every generation that is farther removed from Sinai experiences Yeridas HaDoros (spiritual descent of the generations), nevertheless we have no choice but to go to the judges present in our own times.

As we get older, many of us here remember Gedolim of yesteryear. The Siyum HaShas is an incredible, wonderful event. But every Siyum HaShas — which happens every seven and a half years – there is a nostalgic feeling when looking upon the dais and thinking “I remember when…” I remember when Rav Moshe Feinstein and Rav Yaakov Kamenetsky and Rav Ruderman and Rav Hutner and the list goes on and on. Today we go to the Siyum HaShas and to Conventions and we see that those Gedolim are already not amongst us. There is this understandable feeling of “I should go to him?” “I should ask my Shaylos of him?” “I remember when he was running around playing stick ball!”

That is what the pasuk is telling us. You have no judges other than those in your own day. You have to respect them and accept their ruling. These are the Shoftim and the Gedolim that HaKadosh Baruch Hu has provided for our particular generation.

Rabbi Abraham Twerski cites the following idea in one of his sefarim: The Torah speaks of the “souls that Avram made in Charan.” The Rambam describes in the beginning of Hilchos Avoda Zarah that Avraham Avinu brought thousands of people under the wings of the Divine Presence. And yet what happened to those thousands of people? We really find only one person who is a true spiritual descendant of Avraham Avinu and that is his son, Yitzchak. What happened to all the Nefesh asher asa b’Charan?

Some of the meforshim speculate that after Avraham died and Yitzchak took over, the converts made by Avraham said “I should go to Yitzchak? I remember when Yitzchak was just a toddler!” Therefore, they did not accept his authority.

At the Chasam Sofer’s levaya, the Dayan of Pressburg (which is today Bratislava) got up and announced to the Kesav Sofer “I accept you as my Rav (Rabbinic authority), Mazal Tov! The entire Tzibbur – there were thousands of people there – were crying! The Chasam Sofer was gone and they all yelled out “Mazal Tov!”

Have you ever been at a funeral where everyone yells “Mazal Tov“? The Dayan was doing something that was very wise. The Chasam Sofer was a man in his seventies. He had been the Rosh Yeshiva and Rav of Pressburg for decades. And now a twenty-year-old was going to take over? This was the problem of the thousands of converts made by Avraham Avinu. They could not live with the fact that their new Gadol was going to be Yitzchak Avinu.

Rav Chaim Shmulevitz once mentioned a similar concept in a Shmooz. The Gemara [Sanhedrin 11a] relates that Rabbeinu HaKadosh was giving a shiur and someone had eaten garlic. The smell was offensive and Rabbeinu HaKadosh said “The person who ate garlic should leave the room.” The Gemara says that the great Rabbi Chiya got up and left, after which everyone got up and left the room (so as not to embarrass Rabbi Chiya).

Now we can be assured that Rabbi Chiya was not the one who ate the garlic, but he wanted to prevent the person who had eaten the garlic from being humiliated. Reb Shimon, son of Rebbi, found Rav Chiya the next day and said “Are you the one who caused my father pain?” Rav Chiya responded, “Heaven forbid that it was I” (but he walked out nevertheless to spare the other embarrassment). The Gemara asks – from where did Rav Chiya learn to do such a thing? The Gemara answers he learned this idea – that it is better to bring humiliation on oneself than to have it fall upon someone else – from Rabbi Meir.

Rabbi Meir was an earlier Tanna. What was the story with Rabbi Meir? It was taught: There was an incident with a certain woman who came to the Beis Medrash and told Rabbi Meir – “One of the students in this Yeshiva betrothed me through biyah” (this means he performed the act of Kiddushin upon me not with the traditional ring, but with the marital act). [Although this was a recognized mode of Kiddushin in the Mishna (Kidushin 1:1}, it is now considered to be a brazen act which is not appropriate as a means of establishing Kiddushin.] The Talmud says that in response to this woman’s charge, Rabbi Meir arose and wrote her a divorce document. Following that, all the students arose and wrote her their own divorce documents.

The Gemara then asks – from where did Rabbi Meir learn this idea from and goes on to say that he learned it from an earlier Tanna – Shmuel haKatan. The Gemara then says that Shmuel haKatan learned this concept from Shachnaya ben Yechiel [Ezra 10:2] and Shachnaya ben Yechiel learned it from Yehoshua and Yehoshua got it from Moshe Rabbeinu (each time citing incidents where a great person saved another from embarrassment by taking blame for something he did not do).

No One Is Above the Law

Later in the parsha we read the laws of appointing a king. “You shall surely set over yourself a king whom Hashem, your G-d, shall choose; from among your brethren shall you set a king over yourself; you cannot place over yourself a foreign man, who is not your brother.” [Devorim 17:15].

Chazal say that Shlomo was over-confident and said about himself “I will be able to exceed the limit without having my heart stray.” He felt that these Torah laws applied to everybody else, but that he would be able to control himself. “I am not going to let it happen to me. I can have many wives. (He had 1,000 wives!) It is not going to affect me.”

The Medrash says in Shir HaShirim that when Shlomo HaMelech said “I can have many and I will not stray” the letter Yud of Lo Yarbeh lo Nashim (He shall not have too many wives) came to the Ribono shel Olam and said “Look, he is not listening to this pasuk.” The Medrash has very strong language here: “Let Shlomo HaMelech and a thousand like him become nullified (batel) but a Yud in the Torah will never be discarded.”

The Sefer Koheles Yitzchak asks a simple question: Why was it specifically the letter Yud that came to complain? Shlomo’s act of ignoring this law affected the letter Reish also and the letter Beis also of the word “lo YaRBeh lo nashim.” He shares a beautiful thought. The letter in Hebrew which grammatically turns something from the past or the present into the future is the letter Yud. Ro’eh means ‘to see’. Yireh (with a Yud in front of the Ro’eh) means WILL see. Ochel means eat; Y‘Ochal means ‘to eat’ in the future.

The Yud is a letter which always makes something into the future. Shlomo HaMelech was right. He was capable of theoretically having a thousand wives and not having it affect him. But not everybody is capable of that. A person must worry about the future. Not everyone is a Shlomo HaMelech. The reason the Ribono shel Olam let this happen and let this affect Shlomo HaMelech is to prove this very point – that no one is above the law and no one can say “It does not apply to me.” For with such an attitude, everything can be discarded.

Therefore, it was the Yud which represented the future which precisely formulated the problem: Maybe you, Shlomo, can get away with it – but we are talking about Kings of Israel for generations to come. They will not be able to do it.

A similar thought is found in the Gemara [Shabbos 12b]. The Sages said a person may not read by an oil-burning candle. The concern was that a person would become preoccupied with his studies and absent-mindedly tip the candle (thereby violating the prohibition of kindling or extinguishing fire on Shabbos). The Tanna Rav Yishmael learned by a candle and said “I am confident that I will not come to tip the candle.” Unfortunately, he became so absorbed in his studies that he did tip the candle. He then said, “How wise are the Sages who forbade a person to read on Shabbos by candlelight.” No one can say “This doesn’t apply to me.”

When the author of the Minchas Chinuch (Rav Yosef Babad [1800-1874]), was already an old man, a woman came in to ask him a Shaylah and she closed the door behind her. The door locked. Here he was together with a woman in a situation of Yichud. He was an old man, beyond the stage of Tayvas Nashim (strong sexual desire). He could have very easily rationalized, “I do not need to worry about this Yichud prohibition. It does not apply to me in my stage of life.” What did he do? He jumped out the window! He was so afraid of the Issur Yichud, he ran for the quickest exit which was the window.

No one is above the law. This is the lesson of Lo Yarbeh lo nashim and the misplaced confidence of Shlomo HaMelech that it did not apply to him.