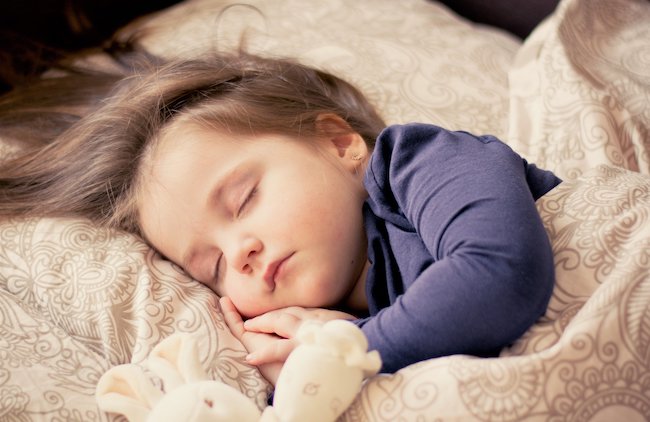 Baby-Sitting: How To Avoid Yichud 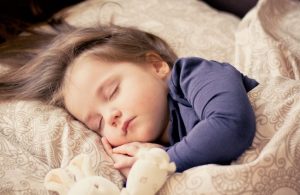 Yichud, the prohibition against a man being alone in a secluded place with a woman, is Biblically forbidden(1). It is for this reason that Yosef ha-Tzaddik, who as a son of Yaakov Avinu kept the mitzvos of the Torah, refused to be alone with his master’s wife in their home(2). Indeed, on that fateful day, when he unexpectedly found himself alone with her in the house, he was almost tempted to sin. What follows are some guidelines concerning yichud in everyday situations.

ARE RELATIVES INCLUDED IN THE PROHIBITION OF YICHUD?

Yichud is permitted with linear descendants, such as parents with their children(3) or grandchildren(4). Yichud is also permitted between a brother and a sister(5) and a nephew with his father’s or mother’s sister(6), but only on a temporary basis(7). They may not live together in the same house for a period of time which exceeds the normal stay of a house guest(8).

Yichud with all other relatives, such as uncles, aunts [through marriage], cousins, brothers-in-law, parents-in-law, etc., is strictly prohibited(9).

AT WHAT AGE DOES THE PROHIBITION OF YICHUD BEGIN?

A boy under the age of bar mitzvah is permitted to be alone with a girl under the age of bas mitzvah(10). Since there is no mitzvah of chinuch in the prohibition of yichud(11) and both parties are minors(12), yichud is permitted. When one of the parties, however, is bar/bas mitzvah, then he or she may not be alone with a member of the opposite gender. We must clarify, therefore, the minimum age requirements of the other party – the one who is under bar/bas mitzvah.

According to the Rambam, Shulchan Aruch and all the earlier poskim [including the Mishnah Berurah(13)], once a girl turns three years old she is considered an ervah in regard to yichud and all halachos of the Torah – she must dress properly, physical contact and yichud with her are prohibited, etc. Indeed, in many communities these halachos are strictly observed from the age of three.

The Chazon Ish(14), however, when discussing the halachos of reciting Kerias Shema in the presence of an ervah, disputes this cut-off age. In his opinion, a little girl is not considered an ervah because people do not view her as such until she matures. There is no exact age that determines ervah since the maturation rate of each individual girl differs. It is generally assumed, though, that any girl up to the age of six or seven is not considered an ervah(15).

Harav M. Feinstein(19) deals with this issue from a different angle. In his opinion, yichud may be permitted with a girl over three since a girl that age will surely report any illicit behavior to her parents or teachers. The fear of being found out is enough of a deterrent to permit yichud with a girl that young. In his final evaluation, however, Harav Feinstein hesitates to expressly permit yichud with a girl over three, although he does not object to those who are lenient. In an oral ruling(20), Harav Feinstein allows yichud – when necessary – with a girl till age seven.

The age of yichud for a boy begins at age nine(21).

QUESTION: Are there any permissible ways in which a girl over twelve may baby-sit for a boy over nine?

DISCUSSION: There are several permissible ways. The halachic definition of yichud is: Seclusion with little or no chance of intrusion from the outside. The halachah states, therefore, that if there is a pesach pasuach (open door) to a reshus ha-rabim (public domain), then yichud does not apply, since there is a constant possibility of public access. Thus, for yichud to be permitted, both of the above factors – pesach pasuach and reshus ha-rabim – must be present.

What constitutes pesach pasuach is a subject of debate among the poskim. Similarly, there is no exact, undisputed definition of reshus ha-rabim. In the following situations, however, there is general agreement among the poskim that yichud is permitted(22):

If the front door is closed, but unlocked, and people regularly walk into the house without knocking(26). After 10 p.m. one should not rely on this solution(27);

If the door is locked, but the parents or other members of the household are in possession of a key and could come into the house at any time(28);

If the door is locked, but there is an unimpeded view from the street or from a facing window directly into the room where the yichud is taking place(29). The home must be well lit. After 10 p.m. it is better not to rely on this solution(30);

If another child, male(31) or female(32), is in the house. There are various opinions concerning the required age of the other child – ranging from a minimum age of five to a maximum of thirteen for a male and twelve for a female(33). This leniency is only applicable during normal waking hours(34). To extend this leniency to normal nighttime sleeping hours, there have to be two children present besides the one who is being cared for(35).

Often, none of the above solutions are practical. A baby-sitter may not want to leave the door open or unlocked. Sometimes the parents may be out of town or unavailable to check on their children. Thus, the preferred method when hiring a baby-sitter is to give a set of keys to a married couple that lives nearby(36), with instructions that the husband and wife should come into the house several times throughout the day and night. The baby-sitter must be told of these instructions. The neighbor must actually go into the house several times for this leniency to be valid(37).

1 View of the vast majority of the Rishonim. In certain situations, such as when one man is alone with two women, yichud is Biblically permitted but prohibited by the Rabbis.

10 Bach and Yam Shel Shelomo in the name of the Semag, quoted in Devar Halachah 2:8.

11 Shevet ha-Levi 5:204 wonders why the process of chinuch does not pertain to this prohibition. See Divrei Sofrim, pg. 137 for a possible answer.

12 Or one minor and one non-Jew – oral ruling from Harav S.Y. Elyashiv (Kuntres Toras ha-Yichud).

13 Beiur Halachah 75:1 – concerning the definition of an ervah for hilchos Kerias Shema.

18 Hugging and kissing, however, is prohibited from age three and on – ibid.

21 This is the ruling of the Shulchan Aruch E.H. 22:11 and all the poskim. See, however Kuntres Toras ha-Yichud who quotes an oral ruling from Harav S.Y. Elyashiv that nowadays we can be lenient and allow yichud with a boy till age eleven. No other poskim, however, mention this leniency.

22 There is a disagreement among the poskim if the leniency of pesach pasuch may be relied upon when the baby-sitter and the child share a close, personal relationship which could be described as libo gas bah. One should be stringent – Igros Moshe E.H. 4:60; 65-9.

24 The 10 p.m. deadline was given by the Chazon Ish (Devar Halachah 3:14) as the time that is considered as “late night hours” in the city of Bnei Brak during the 1950s. Each location, depending on its population and lifestyle, must determine its own “late” hours.

25 The poskim rule that during the late night hours, when people are not on the streets, the leniency of an open door does not apply – see Be’er Heitev and Pischei Teshuvah E.H. 22:9, and Igros Moshe E.H. 4:65-5. When the house is lit, however, there are poskim who are lenient – see Devar Halachah 3:15.

26 Ruling of Harav S.Y. Elyashiv and Harav C.P. Scheinberg (Kuntres Yichud pg. 25) as a compromise between those who require the door to be completely open and those who allow yichud as long as the door is not locked.

See Igros Moshe E.H. 4:65-4, who is lenient even when the door is locked, as long as there is a possibility that someone would come knocking on the door and would need to be let in. Most other poskim do not agree with this leniency.

27 Since even a completely open door should not be relied upon late at night. Even lighting the house would possibly not be sufficient in this case – see Devar Halachah 3:15.

33 See Devar Halachah 4:2-3 for all the various views. A sister of any age over five serves as a guardian – see note 3.

34 Rama E.H. 22:5; Chasam Sofer E.H. 2:96. Even if the child is presently up, once it is past his normal bedtime we are concerned that he may fall asleep at any time and will no longer serve as a guardian. The same halachah applies during the day if the guardian is actually sleeping.

36 A married couple is preferable since they can come together to check on the house, thus avoiding a possible yichud problem between the baby-sitter and the neighbor. Even in a situation where a yichud problem does not exist, two neighbors should be asked to check the house, since we are fearful that one can forget or fall asleep.