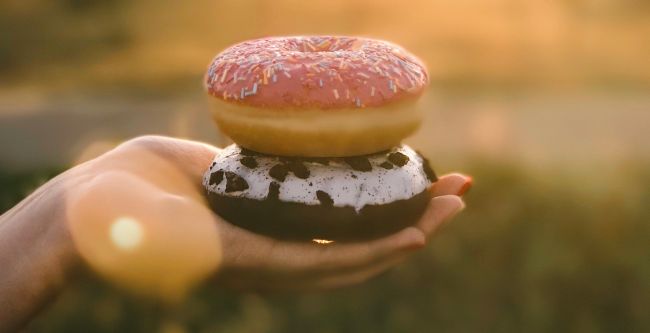 The Challenge of Defying Natural Instincts 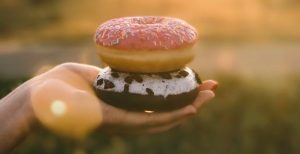 One of the incidents in the Torah that I always have difficulty with is the incident of Yaakov “stealing” the brachos (blessings) from Eisav. The Patriarch Yaakov, who personifies the Attribute of Truth (“Give Truth to Yaakov” (Micha 7:20)), engages in a ruse—a canard—to take the brachos away from his older brother. As much as Rashi tries to parse for us the pasuk “I am Eisav your first born” (anochi Eisav bechorecha) (Bereishis 27:19) to read as if it were saying “(It is) I; Eisav is your first born”, it is hard to believe that this is really how Yaakov was responding to Yitzchak’s question, “Who are you, my son?” (Bereishis 27:18).

The Gemara in (Makkos 24a), which discusses the paradigm of the honest person, is even more troubling. The Gemara there says that the pasuk “Who has no slander on his tongue, who has done his fellow no evil…” (Tehillim 15:3) refers to our patriarch Yaakov, as it is written, “Perhaps my father will feel me, and I shall seem to him as a deceiver” (Bereishis 27:12). In addition, the Gemara in Sanhedrin (92a) says “whoever disguises his speech (so that he should not be recognized) it is considered as if he worships idols” (for the same word used by Yaakov in connection with his fear of being ‘caught’ is used elsewhere in reference to idol worship).

Clearly, Yaakov Avinu was very reluctant to do this. Rashi says there in Makkos, “He originally did not want to lie for he said ‘Perhaps my father will feel me’, but his mother forced him into it—and it was based on the Divine Word.” This Rashi contains somewhat of a novelty. We all know that Rivka forced him to do this, but Rashi is telling us that Rivka delivered a prophetic message to her son. She took him aside and said, “Yaakov, dear, I am telling you that the Ribono shel Olam said you need to do this!” Yaakov thus had no choice. He had to do it. Had it only been on his mother’s say so, I do not know if he would have done it, but it was “Al pi haDibur” (based on the Word of G-d). So says Rashi.

This leads to the following question: The Ribono shel Olam wanted Yaakov to receive the brachos. Rav Yaakov Kamenetsky asks, was the Ribono shel Olam unable to figured out another way for Yaakov to receive the brachos? Did it need to come about through deceit? The person who is the personification of Truth—for whom deception is as abhorrent as idol worship—needed to disguise himself and in effect lie to his father? Couldn’t Hashem have arranged this to happen through a less spiritually offensive scenario? What is the meaning of this??

Each of the patriarchs symbolized a certain attribute. Avraham’s attribute was Chessed (Kindness). He was the personification of Chessed. He preached Chessed. He looked at the world and saw the Creation as a reflection of the Chessed of the Almighty. He made his mission in life the emulation of the Chessed of the Ribono shel Olam. This is how he brought people under the wings of the Divine Presence.

Another test involved sending away his wife Hagar. He objected when Sarah told him to do it, but Hashem insisted that he listen to Sarah. Here too we have a command that ran against his nature, his attribute of Chessed.

Of course, at top of the pyramid was Akeidas Yitzchak (the “Binding” of Yitzchak). Not only is slaughtering one’s own son an act of cruelty, but in the context of Avraham’s life—for years and years he preached about an Almighty of Kindness and an Almighty of Love—he is asked to do exactly what he has been urging others not to do for all these years. The answer is—this is why it is a test! A test is to overcome one’s natural inclinations and one’s own proclivities.

The Ribono shel Olam was saying to Avraham Avinu, “Avraham, if you REALLY love me and fear me, I want you to engage in these activities that are the hardest for you to do. They go against every grain and sinew in your body.” That is the nisayon—to demonstrate that there is something MORE important to Avraham than just being a Baal Chessed—listening to the Word of the Ribono shel Olam. That is what it is all about.

“Now I know that you fear Elokim and you did not refuse your son from Me” (Bereishis 22:12). That is why there were ten nisyonos by which Avraham was tested (Avot 5:3), to prove that Avraham Avinu would do the very thing that is the most difficult for him to do.

Yaakov Avinu’s attribute was Truth—”Give Truth to Yaakov…” (Micah 7:20) The Ribono shel Olam knows that Yaakov abhors falsehood. Psychologically, he feels that if he is forced to be deceitful “I will be like an idolater.” G-d tested him and said, “I want you to engage in deception because this is for the good of Klal Yisrael.” As painful and as difficult as it was, and as much as it went against every grain in his body, he did it anyway. Of course, the Almighty could have figured out a “better way,” a different way, a less deceitful way. But that would not have been a nisayon! At the end of the day, the test is, what is more important—your natural inclination (to Truth) or listening to Me?

Rav Yaakov Kamenetsky asks: We see the nisayon of Avraham Avinu and we see the nisayon of Yaakov (which Rav Kamenetsky aptly calls “Yaakov’s Akeidah”). Where is the nisayon of Yitzchak? Where was Yitzchak’s mettle tested? Don’t tell me it was the “Akeidah” because, on the contrary, that did not go against Yitzchak’s Attribute of Gevurah (Inner Strength), but rather they correlate with each other. Where do we find that Yitzchak was tested in the same way that his father and son were tested—being commanded by G-d to go against the essence of his natural inclination?

Rav Yaakov gives an amazing answer. He cites a Gemara we have quoted in the past, but now we will have a new understanding of this Gemara (Shabbos 89b):

Rav Shmuel bar Nachmani said in the name of Rav Yonasan: What is the meaning of that which is written ‘For you are our father, because Avraham does not know us and Israel does not recognize us, you Hashem, are our Father—Our Eternal Redeemer is your name.’ (Yeshaya 63:16)?

So Hashem will say to Yitzchak, ‘Your children have sinned against Me.’ Yitzchak will say before Him: Master of the Universe, my children and not Your children?! When they preceded the statement ‘we will do’ to the statement ‘we will hear’ before You, You called them ‘My son, My firstborn’. Now, you tell me that they are my children and not Your children? Furthermore, how much after all, could they have sinned? How many are a man’s years? Seventy years. Take away the first twenty, since You do not punish a person for them. There are fifty years left. Take away twenty-five, which are nights. There are twenty-five left. Take away twelve and a half, which are spent praying, eating or in the bathroom. There are only twelve and a half years of potential sin left. If You will shoulder them all, fine. And if not, then half should be on me and half on You…

This Gemara always bothered us. This is Yitzchak? Yitzchak whose attribute was Justice! Yitzchak, who is known as the Pachad Yitzchak (the “fearful Yitzchak” who was always afraid of sin and its punishment)? This is Yitzchak who lived by the motto of the immutability of law—”Let the law pierce the mountain!”? He, of all the patriarchs, is defending Klal Yisrael and saying, “What’s the problem that they sinned a bit?”

Rav Yaakov Kamenetsky says an amazing insight: This is Yitzchak’s “Akeidah”! It is here that he is being challenged to go against his base instincts and his natural inclination. This is where he needs to say “I am NOT going to invoke Din (Judgement). I am not going to ‘go by the book’. I am not going to say they are accountable.” Here Yitzchak pleads: “Have mercy on them,” because that was the Almighty’s challenge to him!

The ability to defend Klal Yisrael despite the fact that they are guilty was the nisayon the Almighty placed before Yitzchak. When Klal Yisrael will need this defense, in the End of Days—that is when Yitzchak will have his “Akeida”—the test of his ability to meet the challenge of going counter to his natural instincts.

The bottom line from the above analysis is that everyone has his own “Akeida”. How do we know which is our personal “Akeida”? The Vilna Gaon writes in Sefer Yonah that most of us (if not virtually all of us) are ‘Gilgulim’ (transmigrated souls). Our neshamos (souls) have been here before. The reason we are back here again is because our souls were sent to this world to accomplish a certain task, to behave a certain way, and we failed the first time around. Therefore, neshamos need to come back a second and sometimes a third time in order to correct that which they failed to correct the first time(s).

This is how the Vilna Gaon interprets the Gemara: “It would have been easier for man to have never been created than to have been created; now that he was created let him examine his actions” (Eiruvin 13b). This means that now that you are back here for a second time, examine your ways (and see where your challenges are). Rav Tzadok says the same thing. “So too Chazal expound the pasuk, ‘Repent Israel to Hashem your G-d for you have failed in your sins’ (Hoshea 14:2). From the failures that a person sees in his ways, from the places he has stumbled, he can detect those areas where he has not yet purified himself in the depths of his heart.”

This is the takeaway message. All of us in this world need to look for our Akeida. What thing is the most difficult for us to do properly? The area that we find the most difficult is the area where we need to overcome our tendency to do the opposite—just like Avraham, Yitzchak, and Yaakov all did (or will do). That will, G-d willing, allow us to achieve a “tikun” (correction) for our souls so that we will be able (following death) to remain in the World of the Souls eternally.