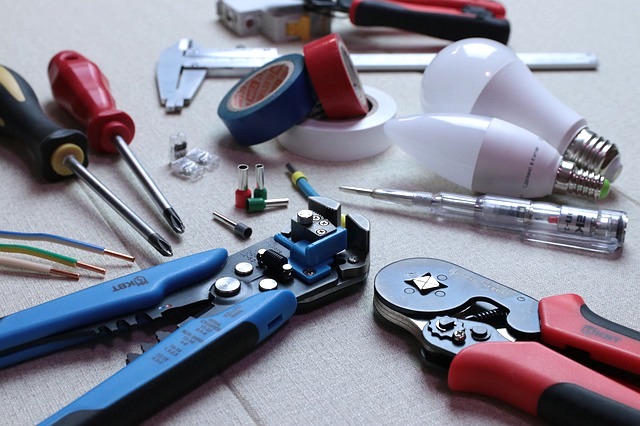 The Seventy Elders Come Well Prepared for Their Job

These divrei Torah were adapted from the hashkafa portion of Rabbi Yissocher Frand’s Commuter Chavrusah Series on the weekly portion: #1164 Davening For A Choleh: Must You Mention Father’s or Mother’s Name? Good Shabbos

The Seventy Elders Come Well Prepared for Their Job

Parshas BeHa’alosecha contains the creation of the first Sanhedrin. This august institution originated in our parsha. It came from the fact that Moshe Rabbeinu complained that the burden of leading and taking care of the people was overwhelming. In response, the Ribono shel Olam said “I am going to give you the Sanhedrin.” Moshe was told “Gather for Me seventy men from the elders of Israel whom you know to be the elders of the people and its officers…” [Bamidbar 11:16]. This group would become a functioning leadership body within the Jewish nation.

Rashi comments on the words “whom you know”: “Those of whom you are aware that had been appointed as guards over [the Israelites] in Egypt at the ‘crushing labor’. They would take pity on them and be beaten by the Egyptians because of them…”

In Egypt there existed a class of Egyptian taskmasters who made sure that the work was carried out. However, the Egyptian taskmasters did not deal with the slaves directly. They appointed what they called Jewish policemen. It was the job of the Jewish policemen to rouse the people from their beds, to get them to their work, and to make sure that the required quota of bricks was made. These policemen were the people who eventually became the members of Moshe’s Sanhedrin.

These policemen were not just your average policemen. They were tzadikim, because when the Jewish slaves did not meet the set quota of brick-making, and someone had to pay the physical price for their lack of output, it was these Shotrim who were literally whipped by the Egyptian taskmasters, rather than the people they were assigned to supervise. They were not, chas v”Shalom, in cahoots with the Egyptian taskmasters. They had mercy on their brethren and personally suffered the pain when the brick quota of the slaves fell short of Pharaoh’s demands.

Parshas BeHa’aloscha is “payback time” for these Shotrim. This is when HaKadosh Baruch Hu pays back these tzadikim for the abuse they suffered at the hands of the Egyptians in order to spare their fellow Jews from suffering a similar fate or worse.

I saw an interesting observation. These people became the members of the Sanhedrin. Now, were they tzadikim? Yes. They were great tzadikim. They were especially beloved in G-d’s Eyes. Indeed, Chazal note that the words “Gather to Me” is one of only thirteen places where Hashem uses the expression “to Me“, indicating the special beloved status of these individuals.

However, let us ask a question: Being a “nice guy” does not qualify someone for sitting on the Sanhedrin! L’Havdil (a thousand times over), when they pick a member to sit on the Supreme Court of the United States, it is not enough of a recommendation to say, “This fellow is a very nice guy. He was my college roommate.” This is not a political appointee. When appointing, for example, an Ambassador to France, it is quite common to give the assignment to someone who contributed a lot of money to the Presidential election campaign. However, a judge must know what he is talking about! Today, every person who is a Supreme Court Justice is at the top of his or her field. L’Havdil!

This is the Sanhedrin. The Rambam writes (Chapter 2 of Hilchos Sanhedrin) that we only appoint to be a member of the Sanhedrin people who are “Chachomim u’Nevonim, Muflagim b’Chochmas haTorah, ba’alei Deah meRubah…” (wise and extremely perceptive individuals, exceptional in their wisdom regarding the laws of Torah, masters of broad and extensive knowledge. The list of Rambam’s intellectual requirements continues to include mathematics, astronomy, and science.) In short a Judge on the Sanhedrin has to know virtually everything!

Granted, these people on Moshe’s Sanhedrin were tzadikim, great people. They were moser nefesh to spare their fellow Jews from being beaten up in Egypt. But how do they qualify to sit on the Sanhedrin? They don’t know enough Torah!

I saw in the name of Rav Moshe Shmuel Shapiro that we see from here that a person who suffers along with the burden of his fellow man (no’say b’ol im chaveiro), who sticks his neck out for another Jew and empathizes with him, who suffers for another Jew—he is automatically gifted with knowledge that he never knew on his own. That is what happened to the seventy people in Moshe’s Sanhedrin. Overnight, they were transformed into Gedolei Torah, Gedolei Yisroel. How? It was a Heavenly reward because they got beaten by the Egyptians. When you are willing to suffer for another Jew, the Ribono shel Olam treats you differently. You can be a simple Jew one day, and maybe know “Chumash and Rashi”, and the next day you know the entire Torah… because you helped out another Jew.

On the words “And you shall take them” (v’Lakachta osam) [Bamidbar 11:16], Rashi remarks: “Take them with words. (Cajole them, convince them.) Happy are you for having been appointed Providers for the Children of the Omnipresent.” (You are so lucky that you have become leaders of the Ribono shel Olam‘s children – what a wonderful job!)

Truth be told, Rashi uses a similar expression earlier in this parsha on the pasuk “Take the Leviim from the midst of the Children of Israel.” [Bamidbar 8:6] Rashi there explains the expression in an almost identical fashion: “Take them with words. Happy are you that you merited to be ministers before the Omnipresent.” The Leviim do the Service in the Beis HaMikdash. Moshe was told to convince them of their good fortune for meriting this responsibility.

However, if we closely examine these two Rashis, we will note a slight difference. By the Leviim, Rashi uses the future tense: “You are fortunate that you are about to become the servants of the Ribono shel Olam.” Up until this point, the Leviim had just been regular people. This is the point where they are invested with their special status. In other words, it is about to happen in the future. So Rashi appropriately uses the future grammatical tense: “SheTizku li’heyos Shamashim laMakom.”

However, by the Seventy Elders, Rashi uses the past tense: “Ashreichem she’nismanisem…” Fortunate you are that you were appointed. But here too, we can ask, it has not happened yet. It is only about to happen! Why the contrast?

Another observation: Immediately following the investiture of the Seventy Elders, the Torah describes the Heavenly punishment that would be administered to the nation for complaining about the Mann and the lack of meat, etc. “To the people you shall say, ‘Prepare yourselves for tomorrow (his’kadshu l’machar) and you shall eat meat for you have wept in the Ears of Hashem, saying ‘Who will feed us meat? For it was better for us in Egypt!'” [Bamidbar 11:18]. Rashi comments on the words his’kadshu l’machar: Prepare yourselves for punishment.

What is about to occur is a terrible plague. The pasuk testifies that many people died from this plague. Now imagine—today you became the “Parnas al ha’Tzibur” (provider for the community) and tomorrow a great tragedy occurs—hundreds, if not thousands, of people die. “Thanks. That is the job He gave me?”

It is like (l’havdil) being appointed the head of F.E.M.A. (the Federal Emergency Management Agency) the day before a major tornado that caused scores of casualties and thousands of homeless people! What bad luck! One day Moshe tells these Elders – Ashreichem – How fortunate you are! What happens the next day? They have to console thousands of people!

So we have these two questions:

The Tolner Rebbe offers a beautiful insight: Rashi does not call these leaders “manhigim“, “nesiim“, “rabbonim“, “chachomim” – any of which might be appropriate and expected. Instead, he calls them “parnosim.” This word also means a leader, but it has a special connotation. The Gemara relates a story [Brochos 28]. Rabban Gamliel got into an argument with Rav Yehoshua and then went to appease him, to ask for forgiveness. He came into Rav Yehoshua’s house and the walls were black with soot. Rabban Gamliel was surprised. He asked, “Why are the walls of your house black? It must be that you are a blacksmith and you work with soot all day. Rav Yehoshua responded to Rabban Gamliel: “Woe to the generation that you are its ‘Parnes‘, for you do not know about the trials and tribulations of the Talmidei Chachomim, what they do for a living, and what it takes for them to acquire sustenance.”

In other words, Rav Yehoshua answered him very sharply. “You, Rabban Gamliel, have no idea what the problems of the Torah scholars are. You think my walls are black because I am a blacksmith. In fact, my walls are black because I am as poor as a church mouse. I am destitute. I am living in a decrepit hovel. You are oblivious to how Talmidei Chachomim live and how poor and desperate the people are. Therefore it is a Rachmanus for our generation to have you as its provider!

This is the exact expression Rashi used by the Seventy Elders – “Parnasim” (providers). The connotation of a Parnes is a person who participates with the people in their problems, in their trials and tribulations. He is the type of person who empathizes with the pain of the people.

Now we understand our Rashi. “Ashreichem” – You, Seventy Elders, have been appointed (past tense) over the congregation. Do you know when they were appointed as Parnosim for the community? Not now! They became Parnosim in Egypt! This is their track record. They suffered for the people. That is the meaning of she’nismanisem (past tense).

The Leviim were first now becoming Servants of G-d. But these Elders have already been there. They have talked the talk and walked the walk. They have been beaten for it. Therefore, “Ashreichem she’nismanisem.” You are so lucky that IN MITZRAYIM you became the Parnosim of the community. That experience will serve you well. When this upcoming plague is going to happen and people are going to die and suffer, you will be prepared to empathize with their suffering.

You are a Parnes. A Parnes has this ability and this capacity—to deal with people’s Tzores. You are not people who have been living in ivory towers, and now suddenly we dump on you and say “Deal with this!” No. You have been there and done that already. This will actually be easier than what you have already been through. In Egypt you had to suffer physical pain. Now, all you need to do is take care of the people’s feelings. It is no easy task, but you are well prepared.