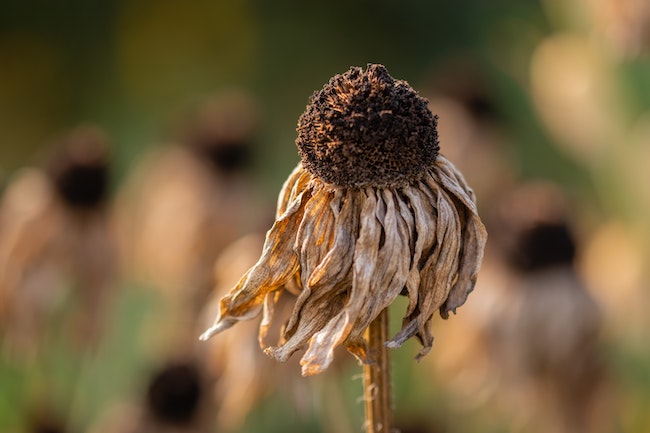 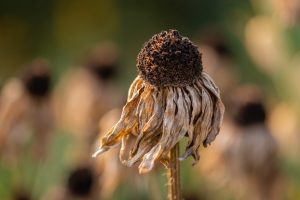 After Yaakov Avinu put his head on the rocks and had his famous dream of the ladder with the Angels ascending and descending, the pasuk says “And he took the rock that he placed beneath his head and he set it up as a matzevah (pillar). [Bereshis 28:18] The Ramban notes that by reading the pesukim we get the impression that Yaakov arose and he made the matzevah right there where he had been sleeping. The Ramban says, however, that this is not true. Rather, Yaakov took the rock upon which his head had been resting, and transported it with him to Luz, and that is where he erected his matzevah.

The question is why did Yaakov need to carry the rock all the way to Luz? There is no doubt that he could have found other rocks in Luz with which to build a matzevah. It is not like rocks are such a rare commodity in the Middle East!

This teaches us something that we have probably all experienced. When a person is inspired to do something, it is best to latch onto it right then and there. If a person hesitates, the inspiration often dissipates. A person may be momentarily inspired, but unless he acts upon the inspiration right away, with the passage of time the inspiration will evaporate. Yaakov Avinu was afraid of this. He was afraid that by the time he reached Luz, he would be less inspired, he would procrastinate, and the act of establishing a lasting token to his inspiration of the moment would never come to fruition. In order to make sure that this would not be the case, Yaakov immediately began the process by schlepping the rock with him at all times until he was ready to establish it as a permanent testimony to his dream.

Human beings become inspired, but with the passage of time they tend to rationalize, or get too lazy, or whatever it may be. When inspiration occurs, people need to act on the inspiration immediately. If “immediately” is impossible, then at least take symbolic action to make sure that it will eventually get done. This is what Yaakov did by carrying the rock with him from the moment he woke up from his dream until he arrived in Luz.

In my opinion, the most difficult pasuk in the parsha to translate is Bereshis Perek 30 Pasuk 8. Leah had children and Rochel did not have children. Following the path she saw from Sarah Imenu, Rochel gave her maidservant to her husband. At least Rochel should have a child through her maidservant so that vicariously she should be able to have children. The pasuk reads (following the birth of Dan): “She conceived again and Bilhah, Rochel’s maidservant, bore a second son to Yaakov.” [Bereshis 30:7] The next pasuk explains the name Rochel gave to this son: “…Naftulei Elokim niftalti im acho-see, gam yacholtee…” and concludes “…and she called his name Naftali.” This is such a difficult pasuk! What do the words Naftulei Elokim niftalti mean? And what is the explanation of im acho-see, gam yacholtee?

Art Scroll translates: “Sacred schemes have I maneuvered to equal my sister, and I have also prevailed.” According to this translation “Naftulei Elokim” means “sacred schemes.” I believe this translation is from Rashi. Rashi here struggles to explain this pasuk: “Menachem ibn Saruk explained it in the entry (in his dictionary) “attachments from the Omnipresent I have become attached to my sister, (I intertwined, I became adhered to my sister).” Rashi gives his own interpretation – based on the expression “Ikesh u’pesaltol” ([Devorim 32:5]); this implies some crookedness – “I beseeched with many beseechments and turnings to the Omnipresent to be equal to my sister.”

This has always been a difficult pasuk, at least for me. This year I saw the Malbim on this pasuk. The Malbim not only says a beautiful interpretation, but he says something which we all have to bear in mind from time to time. The Malbim, a master of the Hebrew language, explains the word Naftulei – like Menachem ben Saruk explains it – as relating to an attachment or seal (from the expression Tzamid pasil [Bamidbar 19:15] which means an attached covering).

Rochel says “The matter between my sister and me—why she had children and not I—is a matter which has been hermetically sealed by the Ribbono shel Olam (Naftulei Elokim). This is an inaccessible mystery, sealed from the eyes of human beings. But Gam Yacholtee. But because of that I was able to persevere and I accepted my suffering with joy, for the L-rd is righteous and His Judgements are just.

The Malbim is saying that Rochel was asking the question that has bothered mankind from the beginning of time—why is there such a thing as Tzadik v’Rah lo (a righteous person who suffers) v’Rasha v’Tov lo (and a wicked person who prospers)? This is not fair! I was supposed to marry Yaakov. My father is a crook! He switched me for Leah. I knew this was going to happen and I had all sorts of plans with my future husband that we should not let this happen. And then, I let the “other” wedding go through and Yaakov married Leah. I was the righteous party here—and now she should have the children and not me? Not only does Leah have children, but Bilhah and Zilpah have children. Everyone has children except for me! IT’S NOT FAIR! It is more than ‘not fair’. It is incomprehensible. It does not make sense!

Rochel asks – how can I withstand this phenomenon? She says “Naftulei Elokim” – I came to the conclusion that there are some things in life that are so sealed that human beings cannot hope to understand them. Because of that, I have faith that the Ribono shel Olam knows what He is doing and that He has a calculation behind this, and therefore I accept it. That is why “Im Achosee gam yacholtee” – I was able to persevere in my rivalry with my sister.

Rav Moshe Chaim Luzzatto (Ramcha”l) writes in the Daas Tevunos, “Whatever the Master Blessed be He does is certainly ultimately for the good. Whether He gives a person wealth or poverty, it is all to take corrective actions in this world (L’saken tikunim b’Olam). There are certain things in the world that need to be corrected. When people suffer troubles for what seems to be for absolutely no reason at all, somehow the purpose is “L’saken tikunim b’Olam”. This is what the great master of Kabbalah, Rav Moshe Chaim Luzzatto writes.

How is this a “correction for the world”? We may never understand because it is Naftulei Elokim. This has been hidden and sealed by the Ribono shel Olam. Only at the end of days, perhaps then we will begin to understand it.

Lavan Crosses Yaakov’s Red Line by Calling Him a Thief

Yaakov works for Lavan for many years. Lavan tried to steal him blind. Finally, Yaakov is given a message from the Ribono shel Olam that it was time to leave so he told his wives, “We need to get out of here!” Yaakov leaves with his family. Lavan realizes that his terafim (idols) are missing and chases after Yaakov. Lavan catches up with him and accuses him: “Why did you steal my gods?”

Finally, Yaakov gets angry at his father-in-law and lets him have it: “…What is my transgression? What is my sin, that you have pursued me? When you rummaged through all my things, what did you find of all your household objects? Set it here before my brethren and your brethren, and let them decide between the two of us.” [Bereshis 31:36-37] He goes on to movingly describe his own devotion and dedication to his job in the employment of Lavan, and how Lavan took every opportunity to detrimentally switch his wages and steal from him.

Think about this. Lavan has been cheating Yaakov and giving him a hard time for twenty-plus years. On the night of Yaakov’s wedding, Lavan switches daughters on him. Yaakov woke up the next morning and it does not say he lost his temper. All the years that Lavan swindled his son-in-law, it never says that Yaakov got angry at him or expressed resentment. Here, at the end of the parsha, finally “Va’Yichar Yaakov” (Yaakov became angry). If it would have been you or me, we would say this is a buildup of twenty years of frustration. It was the straw that broke the camel’s back, and Yaakov finally lets his father-in-law have it, like he should have done twenty years earlier.

But that is you and me—that is not Yaakov. Why, over here, does Yaakov finally get angry and let loose with a long shmooze which Lavan clearly deserved a long time prior to this incident? Why here? Why now?

Rav Yosef Salant, in his sefer Be’er Yosef, makes a beautiful observation. Until now, it was personal – between me (Yaakov) and you (Lavan). The switching of the daughters, the financial trickery—this was all personal and Yaakov was prepared to deal with it on his own. “But when you bring all of your men and you accuse me of ‘Why did you take my gods?’ you are calling me a thief in front of all of these people! This is a Chilul Hashem! The Gentiles will think – ‘Yaakov is a Ganaff ‘. Here I draw the line. This is it!”

Yaakov protests that this is an accusation which goes to the heart of his personality. “I am Mr. Emes L’Yaakov. I will not tolerate this Chilul HaShem you are falsely creating by accusing me of stealing from you.” Therefore, here he explodes in anger and sets the record straight. “There is one thing I am not. I am not a thief!”