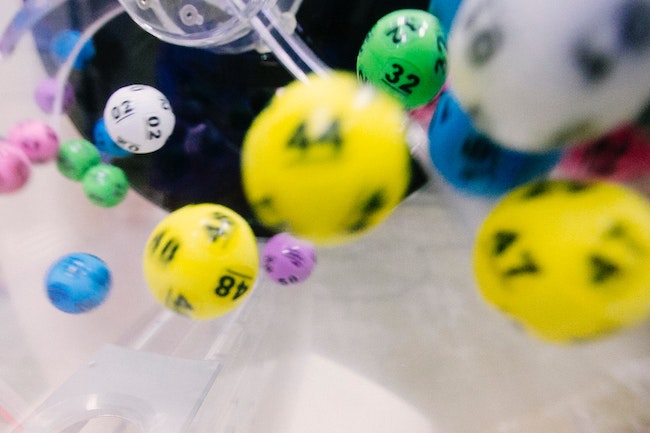 It’s Not the Lottery Number — It’s the Man 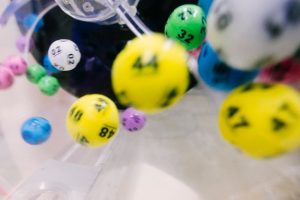 These divrei Torah were adapted from the hashkafa portion of Rabbi Yissocher Frand’s Commuter Chavrusah Series on the weekly portion: #1229 – Which Is Better: Lighting Menorah Yourself Later or with a Shaliach/wife at Proper Time? Good Shabbos!

The pasuk says in Parshas Miketz “And Yehudah said, ‘What can we say to my master, what words can we speak and how can we justify ourselves. The L-rd has found the sin of your servants (haElokim matza es avon avadecha)'” (Bereshis 44:16). When the brothers are “caught with the goods”, even though we know the viceroy’s goblet was planted in Biynamin’s baggage, Yehudah “confessed” and said “Elokim matza es avon avadecha” – the Ribono shel Olam is behind this for we have sinned before Him.

This seems like a strange reaction for Yehudah to respond to Yosef. Remember, they are working under the assumption that Yosef is an Egyptian. Not only is he an Egyptian, he is a dictator. From what they can tell, he is a dictator without compassion. Imagine, for instance, that you are brought in front of Vladimir Putin and the Russian Government has some kind of claim against you. Say Putin accuses you of being a thief, a spy, and of committing all kinds of capital crimes. What do you say to Vladimir Putin? Would you say “HaElokim matza es avon avadecha? Chatasi, aveesi, pa’shati! I have done something against the Master of the Universe!”

Putin would say, “Who is the Master of the Universe?” I don’t think Putin believes in a G-d. The brothers assumed they were dealing with an Egyptian idolater. “Elokim” has no currency with him. Is this not a strange thing to say to him – Ha’Elokim matza es avon avadecha? This is not his language. It is one thing to get caught doing something wrong in a Yeshiva, and the when Mashgiach calls you in for a dressing down, you say “Ha’Elokim matza es avon avadecha.” That has currency with the Mashgiach. It would not have currency with Putin and it would not have currency with Yosef in his role as the Viceroy of Egypt. That is one observation I would like to put on the table.

The other observation is that I think that the contrast between Yehudah’s remarks to Yosef here at the end of Parshas Miketz and his remarks a few pesukim later at the beginning of Parshas Vayigash is noteworthy. There, in Vayigash, Yehudah very much changes his tune. In fact, Rashi there says that from the fact that Yehudah had to preface his remarks with the words v’Al Yeechar Apcha b’Avdecha (…And don’t get angry at your servant…), we see that Yehuda spoke harshly to Yosef. He is no longer contrite in speaking before the Viceroy, nor does he take responsibility for having done something against the Ribono shel Olam. At that point in time, Yehuda knows what happened. He realizes that the goblet was planted in Binyamin’s suitcase and that they are being framed. Obviously, he must have respect for the Egyptian monarch, but he is letting Yosef have it!

What happened between the end of Parshas Miketz and the beginning of Parshas Vayigash? What brought Yehudah from a state of admission and contrition to now telling Yosef in effect – You are the crook here!?

I saw an explanation regarding this switch in tone in the sefer Nachalas Eliezer from Rav Eliezer Kahan, who was a Mashgiach in Gateshead. There is a theme occurring that runs throughout the whole story of Yosef and his brothers.

Rav Yisrael Salanter mentions a principle: There is something called the Sibah (Cause) and something called the MeSovev (effect). Many times in life, people are blinded as to what really is the cause of something. If a secular person were to look at the situation over here and see that Yosef is in fact framing them, he would say that the reason behind this is because Yosef sees them as potential slaves or as wealthy people, from whom he can eventually obtain a large ransom. Therefore, this is happening to them because Yosef has some ulterior motive to try to get something out of them. Yosef is framing them.

That, however, is not the real reason this is happening. This is merely the MeSovev – the effect. The cause of why this is happening is that the Ribono shel Olam is angry and upset at the brothers. At the end of Parshas Miketz, Yehudah is acknowledging the Sibah – the Cause. The “Cause” goes back years and years. Elokim matzah es avon avadecha – He found the sin we committed against our brother.

That is WHY it is happening. Now, how does it manifest itself? We have this fellow in Egypt who is a tyrannical dictator who is bringing this all about at this particular time and is framing us.

The religious Jew, the honest Jew, the one who looks at life as “The Ribono shel Olam runs the world” is looking at it as HaElokim matzah es avon avodecha. Whenever something upsetting happens to a person – if he gets into an accident, if he loses his job, if he doesn’t get a promotion, whatever it may be – a person needs to have the perspective that “HaElokim matzah es avon avadecha.” This is the Sibah.

This is the difference between Parshas Miketz and Pashas VaYigash. Parshas Miketz is the gut level reaction of an honest Jew who believes in Hashem. His reaction is immediately “I have done something wrong. G-d is punishing me for my sins.” The Ehrliche Yid looks for the Prime Cause – the real Sibah of why something is happening to him, not the superficial cause for the aggravating situation. The Sibah for everything is the Ribono shel Olam.

In Parshas Vayigash, Yehudah deals with the MeSovev – the effect or secondary cause: I know we’ve done something wrong, but wait a minute, Yosef, you are framing us. That is why the tone changes here. But the gut level action – the way a person needs to look at life – is Yehudah’s reaction at the end of Parshas Miketz.

The Medrash is teaching exactly this same idea. At a superficial level, all these things happened to Yosef because Pharaoh wanted to express his pleasure with him. However, at a deeper level, they all happened for a spiritual reason. Each of these rewards was given to him by the Ribono shel Olam. Pharaoh was just the MeSovev. However, the Sibah – the real reason was that his mouth did not sin, his legs did not sin, his hand did not sin, his neck did not sin, etc.

There is a famous story with Rav Yisrael Salanter that brings this concept down to something to which we can all relate. There was a lottery for a lot of money. But it was not like today’s lottery where millions of people buy tickets for a dollar each. Years ago, there was something called the Irish Sweepstakes – which had a very big cash prize, but it cost a lot of money to buy each ticket. There are still a few lotteries like that.

The original purchaser was devastated. He did teshuvah, he studied mussar books, this and that. He went over to Rav Yisrael Salanter and told him what happened to him and why he was so distressed. Rav Yisrael Salanter told him, “Don’t you know it is not the number that wins the lottery – it is the man that wins the lottery.” If you would have kept the ticket, you would not have won, because the Ribono shel Olam does not want you to win. This way, at least you got your money back. Consider yourself lucky! You would have never won! If the Ribono shel Olam does not want a person to win the lottery, he will never win it, no matter what number he has.

“The brothers proclaimed one to another ‘We are guilty about our brother, whose suffering we saw when he pleaded to us, and we paid no attention. Therefore, this trouble has come upon us.'” (Bereshis 42:21)

I would like to relate another story, this one involving Rav Yosef Chaim Sonnenfeld (1848-1932). In 1929, the infamous massacre occurred in Chevron. The Chevron Yeshiva had come from Slabodka in Europe to Chevron. In a premeditated attack, the Arabs attacked the Yeshiva and the Jewish quarter of Chevron and killed 67 students and wounded another 58.

(I once met a Jew in Far Rockaway who was a very heavy fellow. During the massacre, he stood at the door of the Yeshiva trying to block the entrance so the marauding Arabs could not enter. All of his fingers were cut off in that incident because the door was slightly open. He survived but he lost his fingers.)

After this incident in August 1929 the survivors of the Yeshiva moved to Jerusalem. That is why the Chevron Yeshiva today is in Yerushalayim. They left Chevron.

After this incident, some people came to Rav Yosef Chaim Sonnenfeld and asked why this happened to Chevron. They suggested to him “It happened because in Chevron they play soccer on Shabbos.”

Rav Yosef Chaim, who was no softy, got up from his table. He held onto the table and said “Who are these people who play soccer on Shabbos in Chevron? These are people who came from Russia. They were drafted into the Czarist army. They were forced to eat treife. They were forced to be Mechalel Shabbos. They had no connection with their parents. They made Aliyah. They don’t know any better. So they play soccer on Shabbos. Why would you expect them to know any better with that type of background?”

He said, “The soccer players are not guilty because they don’t know any better. AVAL ASHEIMIM ANACHNU! (But it is we who are guilty.) It is our fault because we know better and we are not behaving properly. These were the very words uttered by Yosef’s brothers in this week’s parsha – AVAL ASHEIMIM ANACHNU.

The Brisker Rav used the same concept. When Yonah was on the boat in the middle of the terrible storm at sea and the boat was about to go under, the Navi relates that everyone took out their idols and began praying to their idols. Yona said “It is because of me that this great storm has come upon you.” (Yona 1:12).

The Brisker Rav asked – what did Yona mean by this? All the other sailors and passengers were taking out their Avodah Zarah and worshipping their idols, yet Yona, the prophet of G-d was saying “It’s my fault!” How are we to understand this?

The answer is, yes. The Ribono shel Olam holds the people who know better, accountable. I am not suggesting anything about any current event. No one knows why a specific tragedy occurs. But when confronted with such questions, our reaction has to be what Rav Yosef Chaim Sonnenfeld said back then and what the Brisker Rav said in his time. The answer is AVAL ASHEIMIM ANANCHNU. We need to point the finger at ourselves. What exactly we are doing wrong is not for me to say, and I don’t know if it is for anybody to say short of a Navi. But we can say one thing: Don’t blame “them.” Most of “them” don’t know any better. The people who know better are the people that should be held responsible. That is the message of AVAL ASHEIMIM ANACHNU.

This week’s write-up is adapted from the hashkafa portion of Rabbi Yissochar Frand’s Commuter Chavrusah Series on the weekly Torah portion. A listing of the halachic portions for Parshas Miketz is provided below: