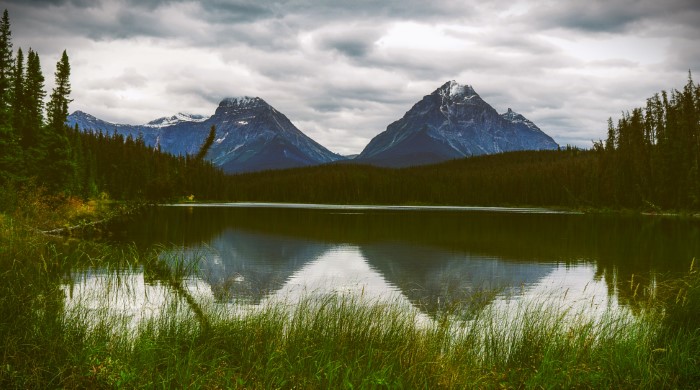 The Dual Personality of the Jewish Monarch 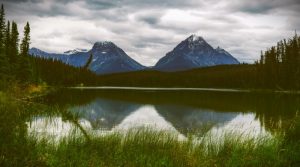 These divrei Torah were adapted from the hashkafa portion of Rabbi Yissocher Frand’s Commuter Chavrusah Series on the weekly portion: #1302 – Cutting Down Your Fruit Tree for Your S’chach. Good Shabbos!

The Dual Personality of the Jewish Monarch

In Parshas Shoftim, the Torah speaks of the mitzvah of appointing a king. Apparently, a monarchy can be an optimal type of government – assuming, of course, that the right type of king is in place. The king must not be corrupt. He must be G-d fearing. Even though in the history of Klal Yisrael there were kings who were terrible, in theory, if it can be done properly, the Torah advocates the appointment of a king.

In past years, we mentioned a very beautiful dvar Torah that appears in a sefer called Ner Uziel from Rav Uziel Milevsky, z”l, (among other places): Normally, the rule of thumb that every Jew should try to live by is “a person’s insides should be like his outsides.” A person should not live one way in private and another way in public. Obviously, there is a certain casualness that we allow ourselves at home. People don’t always need to wear their jacket and tie at home, just because they appear that way in public. But in terms of a person’s midos (character traits), his personality, his frumkeit (religiosity) and his hashkafa (outlook on life) — these must be uniform inside and outside the home. This is the default rule for every Jew EXCEPT the king.

The king needs to have a different type of conduct and behavior outside the palace than he does inside. Inside the palace, like every other Jew, he needs to practice humility. He needs to be forgoing and forgiving. But the public king cannot play that role. He must assert his authority and project a certain awe and reverence to the public at large. He must maintain a certain demeanor outside the home, which may be totally different than his natural demeanor when no one is around.

The Jewish king thus has a dual personality – one for the king in the palace and another for the king who is the public figure. That is why he needs two Sifrei Torah. He needs a Sefer Torah b’Chutz (outside) and a Sefer Torah b’fnim (inside). The Sefer Torah that he keeps in his private treasury teaches him how to have humility and to be forgoing – all the things that the mussar sefarim instruct us. But when he goes outside, he needs that second Torah which reminds him to conduct his actions with a certain presence, a kind of haughtiness, and a certain unforgiving-ness when the situation demands it.

This is a very difficult balance to achieve. Most people who act on the outside with strength and arrogance think that they are also the king when they walk in the front door to their personal living quarters (until “the Queen” tells him “No such thing!”).

I saw a beautiful comment from the Chasam Sofer: When Dovid HaMelech gave over the kingship to his son Shlomo, how did he signify the passing of the torch, so to speak? The pasuk in Melachim I (1:33) says as follows: “The king said to them, ‘take with you your master’s servants and mount my son Shlomo upon my mule…'” The servants are to take the king’s personal mule and allow Shlomo to ride upon it. The general protocol of royalty is that no one uses the king’s scepter and no one uses the king’s mode of transportation. Air Force One, l’havdil elef havdolas, is uniquely reserved for use by the President of the United States. No one else uses it. If you are president, you get Air Force One. In Biblical times, the king’s mule was the equivalent of Air Force One.

What is a mule? A mule is the product of the mating of a horse and a donkey. That is why King David used a mule. The Jewish king needs to have the haughtiness of the horse, but the haughtiness needs to be tempered with the humility of a donkey. How does he achieve that? He rides on the synthesis of a horse and a donkey. That, the Chasam Sofer says, was why Dovid picked a mule to ride upon and also to be the vehicle of transfer of power to the next Jewish king – his son Shlomo. The mule testifies to the duality, the synthesis of personalities that a Jewish king must possess. He needs to know when to be the Baal Gaivah and when to be the Ani. Therefore, the proper mode of transportation is “the mule that belongs to me.”

Hopelessness Is the Worst Curse

Parshas Shoftim also contains within it the mitzvah of the Arei Miklat – the cities of refuge – for people who kill unintentionally. Such a refugee remains in the “Ir Miklat” until the death of the Kohen Gadol.

That process took an additional 14 years. What happened if someone unintentionally killed from the time Bnei Yisroel crossed the Yarden until Yehoshua established the three Arei Miklat in Eretz Yisrael proper? The answer is that the Rotzeach B’Shogeg (unintentional murderer) did not need to go to the Ir Miklat. The following anomaly emerges: For 14 years, a person could literally get away with murder! He would not be killed because his killing was unintentional and he would not need to go into exile in the Ir Miklat because none of the Arei Miklat were yet functioning.

We can assume that even the Rotzeach B’Shogeg needs some type of atonement (which is normally provided by his exile), but for some reason, during these 14 years, he did not receive such Kaparah. What is the meaning of this?

The Meshech Chochmah in Parshas Massei makes a beautiful observation. When a person goes to the Arei Miklat, he remains there until the death of the Kohen Gadol. In other words, he knows he can get out whenever the Kohen Gadol dies. He thinks: Any day could be my time to get out of here! Any day, the Kohen Gadol could pass on. Aye – the Kohen Gadol is now 32 years old and I am twice his age? Unfortunately, we see that people who are 32 years old also die. Anything is possible.

So, every single day the Rotzeach B’Shogeg wakes up and thinks “Maybe today is my lucky day! Maybe by the end of today, I will be a free man.” In fact, the Talmud in Makkos says that those confined to the Arei Miklat used to pray that the Kohen Gadol should die. That is why the mothers of the High Priests used to bring the refugees cookies so that they would not pray for the death of their sons. Every day there was hope.

When Klal Yisrael entered Eretz Yisrael, Yehosua was involved in the process of dividing the land between the different tribes. But who was helping him divide the land? It was Elazar the Kohen Gadol! They were jointly tasked in dividing the Land and until that task was completed, neither Elazar nor Yehoshua would die. It thus comes out that this “unintentional murderer” would have had nothing to look forward to on a daily basis. He could only conclude “I am in here for a minimum of fourteen years. I have no hope. I cannot say ‘today might be my last day of exile.'” That, says the Meshech Chochmah, would have been cruel and unusual punishment. Taking away someone’s hope is the worst type of punishment.

Therefore, in order to avoid this situation, there was no institution of Arei Miklat for 14 years. Better let this fellow “get away with murder” than impose such a harsh sentence.

With this idea, Rav Shlomo Zalman Auerbach made a beautiful observation about davening. The “nineteenth blessing” that was added to the “Eighteen Blessings” (Shmoneh Esrei) is called Birkas HaMinim – the “blessing” of the heretics. One of the worst types of people is a person who is a “Malshin” (someone who slanders a fellow Jew to the anti-Semitic Government). The Talmud says that Shmuel HaKatan was commissioned to compose this “blessing,” cursing those people who perennially caused trouble for their brethren. So, he composed a curse for these people. What was this curse – the worst thing that could befall them? “LaMalshinim al te’hi Sikvah” (let there be no hope for the slanderers).

That is why the Rotzeach B’Shogeg could not go into an Ir Miklat during the 14 years of Conquest and Division, because in such a situation he would have no hope (of getting out prior to the end of the 14 years).