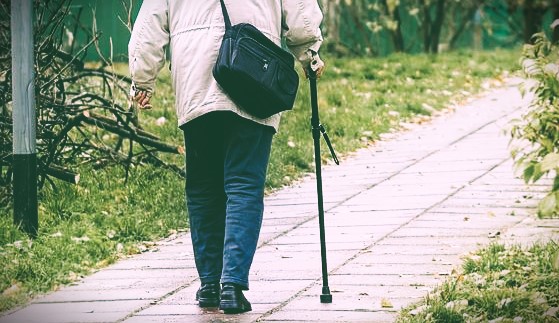 In the Merit of Yaakov’s Walking Stick 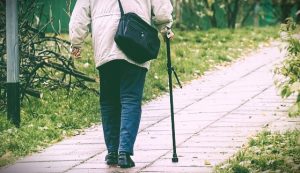 These divrei Torah were adapted from the hashkafa portion of Rabbi Yissocher Frand’s Commuter Chavrusah Series on the weekly portion: #1139 – Can The Younger Brother Marry Before His Older Sister? Good Shabbos!

There is a very fascinating Daas Zekeinim m’Baalei haTosfos in this week’s parsha. Before Yaakov went to sleep, he “put the stones under his head.” And when he arose “he took the stone from under his head” and made it into a matzevah, upon which he poured oil to anoint it as a mizbayach. The Daas Zekeinim m’Baalei haTosfos ask a simple question: From where did Yaakov obtain the oil? He was in the middle of nowhere. It is not like he could go to the nearest gas station and get a quart of oil. So where did Yaakov obtain this oil?

They answer that Yaakov had a walking stick with him. He had hollowed out the walking stick and filled it with oil. Why? Yaakov had been studying in the Yeshiva of Shem and Ever for the previous fourteen years. He learned there the entire night. Chazal say on the words “He slept there in that place” (Bereshis 28:11), that it was only there that Yaakov slept at night, but for the previous fourteen years in the Yeshiva of Shem and Ever, he learned the entire night without going to sleep. They did not have electricity in the Yeshiva of Shem v’Ever, so how could Yaakov learn at night? Obviously, he must have learned by candle light, which requires oil. This, says the Daas Zekeinim, is where Yaakov obtained the oil. The ready supply that he kept in the hollow of his trusty walking stick was available whenever he needed it.

The Daas Zekeinim adds that this was the same supply of oil from which Moshe obtained the Shemen haMishcha (oil of anointing) to inaugurate the keilim of the Mishkan. And it was the same supply of oil that Elisha used, and it was this very Shemen that was in the jug of oil that the Chashmonoim found, which lasted for eight days during the story of the Chanukah miracle.

The sefer Darash Mordechai makes a beautiful observation: In Tefilas Geshem (the prayer for Rain recited on Shmini Atzeres), one of the stanzas is “Zachor ta’an maklo v’avar Yarden mayim“—Remember (Yaakov Avinu) who took his stick with him and crossed the Jordan’s water. At first glance, this seems like a very strange expression. What is so significant about Yaakov’s walking stick? Presumably, all desert travelers need a walking stick. Yaakov was not a youngster anymore so he had a walking stick. What is the big deal? Why do we mention Yaakov’s stick in Tefilas Geshem?

In light of the comments of the Daas Zekeinim, we can appreciate the special nature of this walking stick. This stick, with its hollowed-out chamber for storing olive oil, enabled Yaakov to learn Torah, day and night, for fourteen years in the Yeshiva of Shem v’Ever. So we very appropriately say, “Ribono shel Olam – remember the Torah of Yaakov Avinu that he learned with self-sacrifice and dedication.” That is the “ta’an maklo v’avar Yarden mayim.”

The Relationship Between Yaakov Marrying Two Sisters and ‘Mama Rochel’

One of the famous problems which all the commentaries discuss is how Yaakov Avinu could marry two sisters, which is one of the forbidden Arayos relationships. But let us ask another question. There is a strange dialog in this week’s parsha that has been bothering me for many years:

The Torah states: “And Reuven went in the time of the wheat harvest, and he found dudaim (mandrakes) in the field and he brought them to Leah his mother. And Rochel said to Leah, ‘Let me have some of your son’s mandrakes.'” (Bereshis 30:14). Leah’s response to Rochel must be one of the most incredible statements in all of the Torah: “…Is it not enough that you took my husband, that you (now) also want to take my son’s mandrakes?” (Bereshis 30:15) Finally, Rochel reacts by proposing a compromise that Yaakov would spend that night with Leah, and Rochel would take the flowers.

Leah’s chutzpah in making such a statement is incredible. “You took my husband…” If I were Rochel, I would have answered back to Leah, “I beg your pardon. Have you forgotten what happened? Have you forgotten that he was supposed to marry me and I was the righteous one who saved you from humiliation by giving you the secret code that Yaakov and I set up between us? Now you have the unmitigated audacity to say ‘You took my husband!'”

There are two questions here: (1) How could Leah say such a thing? (2) Why does Rochel just seemingly accept Leah’s statement and merely offer the switch of the flowers for her husband that night? Why didn’t she call out her sister on the audacity of her comment? How do we understand this dialog?

The Kesav Sofer says a very novel idea: Even though the Avos kept the entire Torah before it was given, they did not keep it in the same way as we keep it after Matan Torah. After the Torah was given, even if a person has all of the greatest excuses in the world to not keep a particular halacha, we cannot violate the Torah. If the Torah says that a king should not have too many wives or too many horses, then even Shlomo haMelech may not say “Don’t worry, that does not apply to me, this is not going to affect me.” When Shlomo haMelech said that, it did affect him. A halacha is a halacha.

However, before Matan Torah, the Avos had the option to say “This halacha does not apply to me.” The Ramban, in fact, says this in his Chumash commentary in Parshas Achrei Mos. He notes that two sisters are not really an Ervah (incestuous relation). His proof is that if one of the sisters dies, her husband is allowed to marry the other sister. This is a fact that we do not find by any other Ervah. The Ramban says that the reason the Torah forbade a person from simultaneously being married to two sisters is because the Torah is trying to prevent an unmitigated disaster. Imagine the sibling rivalry that would result from two sisters marrying the same person!

The Kesav Sofer says that Yaakov understood this distinction and he knew why the Torah prohibited a man from marrying two sisters—to prevent sibling rivalry. However, Yaakov knew that Rochel was such a big Tzadekes that she would not fight with her sister. Therefore, he did not need to worry about the prohibition of marrying two sisters. Consequently, Yaakov was confident that the prohibition of marrying her sister did not apply in this case.

On the other hand, says the Kesav Sofer, maybe that was a momentary flash of greatness on Rochel’s part. Sometimes people can rise to the occasion once in a lifetime. Perhaps over the course of time, the natural feelings of resentment and strife between the two sisters would surface.

Perhaps that is even why Rochel did not have children for all those years. What if Yaakov had been mistaken? If it would turn out that Rochel came to hate Leah, wouldn’t that retroactively prove that Rochel was in fact an Ervah (i.e. – that the Torah’s prohibition of marrying two sisters did apply to her) and therefore Rochel’s children would have been mamzerim since she was an Ervah to Yaakov?

Rochel finally did have children after Leah made that outrageous statement that “You stole my husband.” Rochel did not say a word in reaction. At that moment, it became clear that Rochel’s righteousness at the time of Leah’s marriage to Yaakov was not just a momentary thing. This was the essence of who Rochel was. Therefore, immediately after that, eight pesukim later, Rochel gave birth to her first child! Why now? Because it became clear that Rochel was such a Tzadekes that she would never hate her sister in their co-wife relationship. Rochel would therefore never be an Ervah to Yaakov, and her children with him would not be mamzerim.

The Kesav Sofer says that this also explains how Leah could make such a statement – because Rochel was so generous and non-resentful of what happened that Leah did not even think to consider the fact that Rochel did her a favor.

I saw in a sefer that it is fair. When someone goes to Eretz Yisrael, stop number one is the Kosel Ha-Ma’aravi, but what is stop number two? It is Kever Rochel! Why? Everyone considers Rochel to be their mother! She may have only had two biological children but she became THE matriarch of Klal Yisrael. Out of all the Imahos, she is the prototypical mother of all of Klal Yisrael. When you have a problem, you cry to your mother. When you have a problem, you cry at Kever Rochel.

In spite of the fact that Hashem only gave Rochel two biological children, He saw to it that Klal Yisrael treats Rochel Imeinu like our true mother. The Ribono shel Olam does not let a good deed go unrewarded. Rochel’s acts of incredible selflessness were not merely a momentary thing. This was the ongoing essence of her character. For that she became Mama Rochel.