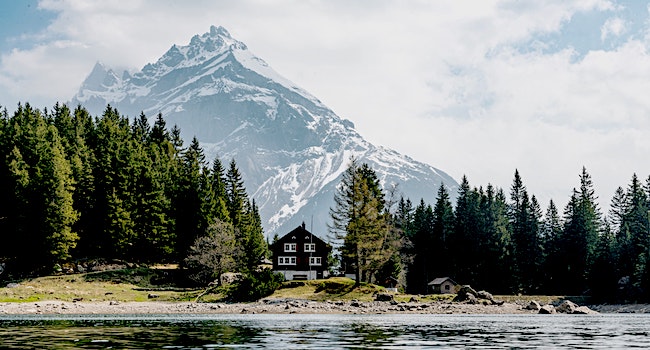 Switzerland Is Not An Option 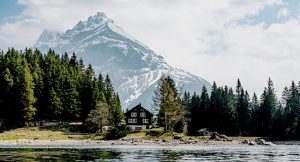 We are pleased to introduce to you the first installment of “Reb Yeruchem,” Rabbi Adlerstein’s latest series of adaptations of intriguing commentaries on the weekly Parsha.
Read more about this new series.

The inclination of a man’s heart is evil from his youth/ne’urav.[2]

The word “youth” suggests a time after early childhood, when the child is a bit older. Rashi, however, points to the ksiv – n’arav – as indicating otherwise. “From the time that he stirs to leave his mother’s innards, his yetzer hora is placed within him.”

“See, I have placed before you this day life and good, and death and evil.”[3] We are given a binary decision. It’s either good or evil. Nothing else. Aren’t we missing something? Aren’t there points in between? The Torah’s stories, from beginning to end, concern the struggle with the yetzer hora. Why does it have to play out this way? Why can’t Man choose a middle course, and avoid the constant struggle? Let him go about his business, avoiding evil but not particularly going out of his way to look for mitzvos either? Let him be a spiritual Switzerland, choosing absolute neutrality between the warring camps!

That is Rashi’s point. There is no neutrality in this struggle. The baby emerging from the womb is already drawn into the battle. He has no comprehension of it, and no evil intent. Yet, inexorably, he is already part of a life-long struggle. It is too late for neutrality – not that there was any time he had any choice about it. Everything about his life will relate to the competing dispositions towards good and evil, whether he realizes it or not. People don’t sign up for this game as mere fans of one team or the other, while watching from a safe distance in the stands. Know it or not, they themselves are always on the line of scrimmage.

Consider Nimrod, who “began to be a mighty man before Hashem.”[4] How did he show his might? Rashi explains that he used it “make the whole world rebel against HKBH, through the scheme of the Dor Haflagah. Furthermore, the Torah describes Nimrod as “Mighty at trapping before Hashem.”[5] Rashi elaborates: Nimrod would ensnare people’s minds and deceive them to rebel against G-d. Now, we assume that advancing the cause of good is a battle, but advocating evil – not so much. This resonates with our own individual experience. We know how difficult it is to gain even the smallest new advantage over our yetzer hora, and how easy it is to give in to it. Why would Nimrod need “might” to push his agenda.

But this is a mistake! Significant “progress” for the cause of evil may occur all too frequently, but it does not come without a fight. It took strength on the part of Nimrod to win commitment to his cause, not just affording an opportunity. Moreover, his strength had to be coupled with a scheme to ensnare people through deception! The building of Migdal Bavel was as a more serious sin than that of the generation of the Flood, according to Rashi,[6] because the former denied fundamental truths about Hashem, while the latter did not. It is quite plausible that through Nimrod’s deception, the participants did not even realize that they were part of a full-scale rebellion against G-d. Had they been asked about which “side” they were on in the pitched battle between the G-dly and the un-G-dly, they would have punted. “Not us! We’re neutral on that one. It has nothing to do with us. We don’t get involved in theological matters.”

That, however, is patently untrue. It’s always about the battle for and against the yetzer hora. There is no neutrality. It took deception on Nimrod’s part to hide that from those whom he (mis)led.

Bottom line: Man is caught in a gargantuan struggle between inclinations of good and evil. There is no escape from it, neither in the long run nor in the moment. Neither side will relent. There is no staying a safe distance distance from it. The awareness that this is Man’s condition will help him better react to the decisions he has to make.