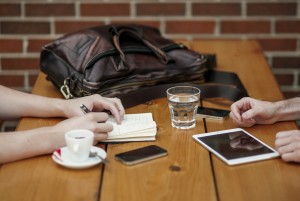 ” And the name of Israelite man who was struck with the Midianite woman was Zimri the son of Salu the Chief of a family of the tribe of Shimon” Bemidbar 25:14]

Bilaam, the wicked gentile prophet, failed to curse the Jewish people — to the contrary — he blessed them. Before leaving Balak, the King of Moab, he suggested a ploy that could bring death and destruction to the Jews. “The G-d of these people despises immorality and these people love the fineries of this world — therefore, I suggest that you set up a bazaar on the outskirts of their camp and have old women with inferior merchandise at the counter. When they ask to see better merchandise, the women should direct them into the tents where attractive young women will await to seduce them to immorality and idol worship.”

The plan, unfortunately, was successfully executed and a plague struck the people. The head of the tribe of Shimon went so far as to bring the princess of Midian into the camp, publicly flaunted her before Moshe and ridiculed our great prophet. He then secluded himself with her in his tent. Pinhas, who saw this scene, reacted by taking a spear and killing the two together and bravely carried the head of the tribe and his mistress throughout the camp, whereby the plague ceased. Pinhas received eternal reward for his zealous behavior.

The Torah then opens a new Parasha and this time reveals the names of the head of the tribe and the woman. The verse quoted above identifies the man. The Midrash comments: Just as Hashem is involved in the praises of the righteous to publicize them to the world, so too he is involved in the derision of the wicked to publicize them in the world. Pinhas was publicized with praise and Zimri was publicized negatively. About them it is said: The memory of the righteous one for blessing and the name of the wicked should rot. [Bemidbar Rabbah, 21:4]

The words of the Midrash may be understood with a parable. An elderly merchant decided to cut down on his business travel and appointed his son to go in his stead. The young man’s mother prepared a travel bag full of the boy’s favorite meals and snacks to take on his first journey. She also packed an emergency kit of bitter medicines should her dear son have one of the attacks that he was wont to get from time to time. Before his departure the concerned parent pointed out her packing system. “On this side, my dearest, are all the delicious treats that I prepared — eat and enjoy to your heart’s content”. Then she sighed and warned, “Watch yourself and avoid all of those things that the doctors say can bring on an attack. I truly hope that you will not need these bitter medicines but take note of where I have packed them just in case you do need them.”

Hashem prepared us for our journeys through life with many delicacies. We learn about the successes of our Patriarchs in their encounters with Pharoah, Abimelekh, and of the rise of Yosef after he withstood the test of the seductive wife of his Egyptian master. These are the delicacies. We also learn of the affliction brought upon the wicked like the swallowing of Korah and the death of Zimri. These are the bitter pills.

Hashem tells us of the deeds of the righteous with a postscript of — the mention of the righteous one for blessing — in order to teach us that good deeds are rewarded. However, he mentions the wicked with a postscript of the name of the wicked will rot — in order to deter us from behavior negative to his will. The desire of G-d is that we all earn success and blessing and avoid affliction and curse. Therefore– the Midrash points out– the Torah mentions the names of good characters and bad ones also to contrast their behavior and the results of their life’s choices. The mention of the righteous one is for blessing and the name of the wicked will rot –everyone is accountable and everyone has opportunity to earn success. The choice is yours. Who do you make your role model?