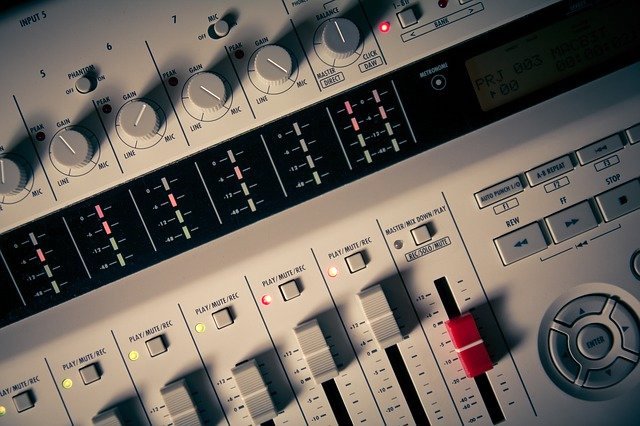 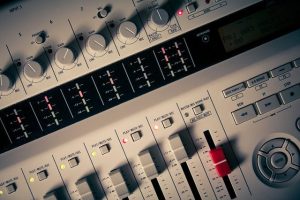 QUESTION: What can be done if a telephone, a clock radio or a camera is mistakenly left on a bed or chair before Shabbos, and one needs the bed or chair on Shabbos?

DISCUSSION: To answer this question, we must break it down into its components: 1) What type of muktzeh are such objects? 2) Are they the type that can be moved under certain circumstances? 3) If they are the type that cannot be moved, is there any other way to deal with them? Does the issue of bosis apply here?

There are basically two kinds of muktzeh. We will refer to them as severe muktzeh (chamur) and light muktzeh (kal):

LIGHT MUKTZEH – includes items which are set apart because they are normally used for activities which are prohibited on Shabbos, but may, on occasion, be used for a permitted Shabbos activity, e.g., scissors.

WHAT PRACTICAL DIFFERENCE IS THERE BETWEEN THE TWO TYPES?

If the place which the muktzeh item occupies is needed: If a tool was left on a bed and the bed is needed for sleeping, or if scissors were left on a chair and the chair is needed for sitting, the light muktzeh item may be picked up and removed, since the muktzeh article is in the way of a need which is permitted to be met on Shabbos. Also, if the light muktzeh is in the way of a permitted item, e.g., a hammer is on a bookshelf and it is blocking a book, it is permitted to move the hammer in order to reach the book. [It is questionable if one is allowed to move a light muktzeh item which is simply creating a clutter but not actually interfering with a permissible activity, e.g. a hammer left lying on a mantel. Contemporary poskim disagree over whether moving it is permitted(2).]

SMALL APPLIANCES – WHAT TYPE OF MUKTZEH ARE THEY?

There are two reasons as to why a telephone, clock radio or a camera may be classified as severe muktzeh:

Delicate or fragile items – While these small appliances are not as delicate as a slaughterer’s knife, they are still fragile electronic devices which are handled carefully and not used for any purpose other than the one for which they are manufactured. Possibly, they can be classified as a muktzeh machmas chisaron kis(3);

Not all poskim, however, agree that a light muktzeh object must have a possible use on Shabbos(4). Mishnah Berurah does not give a clear-cut ruling on this issue(5). Several contemporary poskim(6) rule that under extenuating circumstance one may be lenient and consider these items as light muktzeh.

Concerning our case, therefore, we have established two points: 1) The small appliances in question may be considered severe muktzeh; 2) Severe muktzeh may not be moved, even if the place which it occupies is needed for a permitted activity. It follows, therefore, that the telephone, etc., cannot just be picked up and removed from the bed or chair.

In the opinion of the majority of the poskim(7), even severe muktzeh may be moved by means of one’s body, which means moving the item by employing any part of the body except for the hand. When necessary(8), one can move all types of muktzeh using the foot, head, mouth(9), teeth, elbow(10), or any other part of the body(11).

Although theoretically this option can be exercised, it has virtually no practical application. There is a hardly a good method for kicking or shoving a telephone without taking the receiver off the hook, in violation of a strict – possibly Biblical – prohibition. A clock radio, too, may be activated – a strict prohibition – as it hits the floor. While these particular violations doe not apply to a camera, it is still not practical to shove or kick a camera from the bed to the floor, since doing so would likely ruin the camera.

IS “INDIRECT MOVEMENT” AN OPTION?

Indirect movement means using a non-muktzeh item to move a muktzeh item. In our case, it would mean pulling at the blanket which automatically – but “indirectly” – moves the telephone. In the opinion of the Mishnah Berurah(12) and most poskim, indirect movement is permitted when it is being done for a permissible purpose but not when it is done for the sake of the muktzeh item. For instance, indirectly moving a camera off the bed or chair in order to protect it, i.e., for the sake of the camera, is prohibited. If, as in our case, the camera is moved [via the blanket] so that the bed or chair can be used, it is permitted.

This leniency, however, is not agreed upon by all poskim. Chazon Ish(13) rules clearly that indirect movement is prohibited in this case. In his opinion, indirect movement is permitted only when the permitted item is being moved for its own sake, and the muktzeh is inadvertently being carried along with it. But if the purpose is to move the muktzeh, even if ultimately one will use the bed on Shabbos – a permitted activity – it is prohibited to move the muktzeh.

It seems, though, that even the Chazon Ish would agree that the following case is permitted: If there is a bedspread on the bed which needs to be removed before one can sleep in the bed, then the camera is being indirectly moved in a permitted manner. Even when there is no bedspread, but the blanket is folded down [as is normally done] to get the bed ready for sleeping, and the camera is indirectly moved as the blanket is folded down, it may be permitted according to all views.

IS THE “BOSIS” ISSUE A PROBLEM?

Bosis, lit. a base, is any object which severe muktzeh was placed on before Shabbos. While the laws of bosis are complicated, the basic rule is that the bosis cannot be moved even if somehow the muktzeh item is no longer on it. Were a blanket or a bed a bosis, then even if somehow the telephone or camera were removed from the bed [either by body movement or indirect movement, or by a non-Jew or a baby(14)] it would still be prohibited to use the bed, since it had served as a base for the muktzeh, which in turn, made the base itself muktzeh.

The blanket and bed in our case, however, do not become a bosis. A base can only be a bosis if the muktzeh was purposely placed on it before Shabbos, with the intention of leaving it there for Shabbos(15). In our case, though, the telephone, etc., was left there by mistake, so the chair or bed does not become a bosis. If we can figure out a way to remove the muktzeh, the blankets and bed themselves will be permitted to be used.

In conclusion, there is no one solution for all cases. Sometimes “body movement” or “indirect movement” will solve the problem, but not always.

In a situation when no other bed is available or accessible, there is some room for leniency. An argument can be made that a telephone, etc., is not severe muktzeh at all, which will allow one to move it when the place it occupies is needed. We have previously stated that, under extenuating circumstances, contemporary poskim rely on the lenient view concerning items which have no permissible use. Having no other bed to sleep on is definitely extenuating circumstances.

Concerning the halachic definition of a telephone, etc., as a delicate and fragile object, this definition is subject to the quick-changing pace of modern technology which can reformulate once delicate and fragile appliances into durable, unbreakable ones. Thus it is difficult to determine what is at the moment muktzeh machmas chisaron kis, severe muktzeh, and what is not. As is true here and in all similar cases, one should consult his rav for an actual ruling.

8 Igros Moshe O.C. 5:22-6. Note that Chazon Ish O.C. 47:13 does not agree with this leniency; in his opinion there is no difference between moving muktzeh with the hand or any other part of the body.

14 Although a non-Jew or baby cannot be instructed to remove the muktzeh, they might do so on their own.