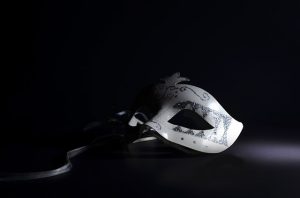 The commentator Bnei Yisas’char wonders why Mordechai and his rabbinical court decided to call the festival “Purim” after the lot (pur) cast by Haman, since by doing so they commemorated the Jewish people’s darkest hour, when death loomed on the horizon. Why did they not instead choose a name which commemorates the redemption?

The answer is that Purim is a unique festival — it is the only holiday commemorating a redemption which occurred while the Jewish people was in exile. Indeed, it is remarkable that the Sages instituted the festival of Purim at all, for in general Redemption and Exile are mutually exclusive terms. As history has painfully taught us throughout the generations, as long as the Jewish people remain in exile they are never completely safe. Even in Shushan, after all the miracles which transpired and Mordechai’s mercurial rise to power, the Jews were by no means safe. True, they had been saved from certain death, but they remained very much under Ahasuerus’ iron-handed rule. As they themselves said, “We are still Ahasuerus’ slaves!” (Talmud – Megillah 14a).

Thus, we see that Purim is a unique superimposition of Redemption over Exile. It is this rare duality which the Sages wished to preserve for posterity. Significantly, from the verse, “These days of Purim should never cease among the Jews, nor shall their remembrance perish from their descendants” (Esther 9:28) the Sages learn that all Jewish festivals will be annulled except Purim.

Every event recorded in the Megillah contains an element of this dichotomy: When the Jewish people obtained permission to defend themselves (see 8:11), Haman’s original decree calling for the extermination of the Jews was still in effect. Even so, with the battle against their enemies still before them, the verse tells us that, “The Jews had light and gladness, and joy and honor” (8:16). Once again, we see that the spark of Redemption appeared in the darkest hour. We must understand, however, how the Jews were able to rejoice at so dark an hour.

The explanation is that Mordechai’s generation reached an unprecedented level of faith in God, one which we are almost unable to fathom. In the same manner as they placed their faith in God and rejoiced despite the fierce battle that lay ahead, so too, they never doubted for a moment that God would eventually free them from Ahasuerus’ control and return them to the Land of Israel. They had witnessed the miracles of Purim, and although their redemption had by no means been a complete one, they placed their trust in God and waited confidently for Him to consummate their deliverance. This unswerving faith in God is the message the Sages wished to impart to all generations, and it is this lesson that gives Purim its eternal quality.

In this context it is no longer difficult to understand why the Sages chose the name “Purim” after Haman’s lot (pur), for it is specifically the dichotomy between Redemption and Exile that this festival highlights. In this manner, they wished to teach future generations what true faith is all about — in the face of violent death at the hands of their enemies, the Jewish people had complete faith in their redemption and rejoiced heartily in anticipation, never once doubting God’s Divine Providence.

This view of Purim is best summed up by Maimonides: “The Prophets … instituted these days, and decreed that the Megillah be read in its appointed time in order to proclaim the wonders and miracles that God performed for our sake; in order to bless Him and praise Him; in order to teach future generations that the veracity of His assurance, ‘For which is a great nation that has a God Who is close to it, as is God, our God, whenever we call to Him?’ (Deuteronomy 4:7).”

Alternatively, it is possible the Sages chose the name “Purim” to teach that Haman’s casting of the lot was itself the roots of the Jewish people’s redemption. This idea is derived from the verse, “It is a time of adversity for Jacob, but he shall be delivered from it” (Jeremiah 30:7) — that is, the deliverance shall actually emerge from the “time of adversity.”

In the classical work Shaarei Teshuvah (2:4), Rabbeinu Yonah expresses this concept in the following manner: “When a person accepts God’s reproof and corrects his deeds and ways, he should rejoice in his hardships, for [in retrospect], they turned out to have been very beneficial to him. He should thank the Almighty for them in the same manner as [he would thank Him] for any other successful venture. As it says, ‘I raise the cup of deliverance and call in the Name of God’ (Psalms 116:13), and, ‘I came upon hardship and distress, and I called in the Name of God’ (Psalms 116:3-4).”

[This principle is also alluded to in the Sages’ statement, “The World to Come is not like This World: In This World, upon hearing bad tidings the blessing ‘Blessed are You … Truthful Judge’ is recited, while in the World to Come, the blessing ‘Blessed are You … Who is Good and Bestows Goodness’ is recited” (Talmud – Pesachim 50a). In the World to Come, the soul perceives that every single event which occurred during its lifetime was ultimately for its own good. Perhaps the reason why all the festivals will be annulled except for Purim is that Purim contains this “World to Come” perspective, and therefore will endure for all eternity.]

By choosing the name “Purim,” the Sages emphasized that we have as much of an obligation to thank God for the trials our forefathers faced in the days of Haman as for the miracles He performed to redeem us from destruction. As King David said, “I praise You, God, for You have afflicted me and become my deliverance” (Psalms 118:21) — in other words, “You became my deliverance by afflicting me…”

[Perhaps this explains why the Sages decreed that on Purim one should drink more wine than usual. According to the Chayei Adam, the Sages instituted this mitzvah “because the miracle occurred through wine.” However, we also know that the evil decree which threatened the existence of the Jewish people “occurred through wine” — the Jews were punished for attending Ahasuerus’ feast (Midrash Shochar Tov). Hence, it would seem inappropriate to drink wine on Purim, for by doing so we also commemorate the Jewish people’s sin. However, by keeping in mind the principle that salvation emanates from hardship, it is no longer difficult to understand why the Sages instituted the mitzvah of drinking wine on Purim — we call attention to the cause of the hardship because it proved to be the roots of the redemption.]

With this understanding, we may explain Midrash Talpiot’s comment regarding the Sages’ statement, “‘She [Esther] stood in the inner court of the King’s palace’ (Esther 5:1) — R’ Levi said: As soon as she reached the chamber of idols [on her way through the palace to Ahasuerus], the Divine Presence departed from her. She exclaimed: My God, my God, why have You forsaken me? Could it be that You regard an inadvertent offense as an intentional one, or an offense committed under coercion as one committed willingly? Or perhaps [You have forsaken me] because I called him [Ahasuerus] a dog, as the verse says, ‘Rescue my soul from the sword, my only one from the grip of the dog’?” (Talmud – Megillah 15b). Midrash Talpiot writes, “Esther committed a slight transgression by behaving ungratefully toward [Ahasuerus], who generously appointed her as queen.”

At first glance, Midrash Talpiot’s statement is difficult to understand. Why should Esther show appreciation to the tyrant who “caused the faces of the Jewish people to become as dark as the bottom of a pot” (Talmud – Megillah 11a)?

The answer is that Midrash Talpiot was referring to the principle established above — Esther should have been grateful to Ahasuerus for mistreating her people, for in this manner he prompted them to shed tears and pray fervently to God. As a result, they reached lofty spiritual heights and came close to God.

<i>Excerpted with permission from “THE KING’S TREASURES” – a wealth of commentary and insights on the Book of Esther. Published by <a href=”http://www.artscroll.com/torahorg” target=”newwin”>ArtScroll/Mesorah Publications Ltd.</a>, Brooklyn, NY </i>