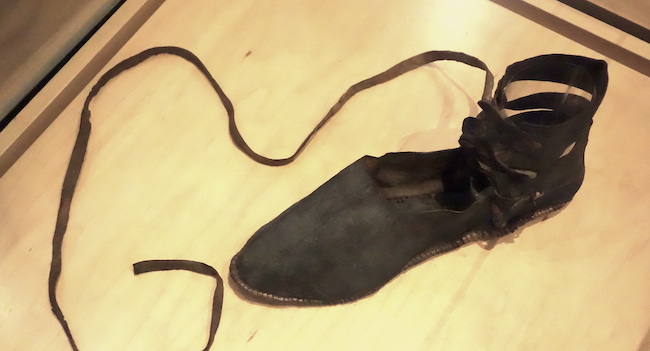 If a man dies childless his oldest brother (on the father’s side) is commanded to marry his wife (even though ordinarily marrying a brother’s wife is incest), as it says “If brothers live together and one of them dies and has no child the dead man’s wife shall not marry an outsider; her brother-in-law shall take her for his wife”.1 In principle the brother need not betroth her since she is automatically his, but the sages instituted betrothal in such cases. Once he has married her she is like his wife in all respects.a

If they do not want to marry they must perform the ceremony of chalitzah, as it says “And if the man does not want to take his sister-in-law she shall go up to the elders… and pull his shoe off his foot (chalitzah)… and say `Thus shall be done to the man who will not build his brother’s house'”.2 Afterwards she is like his divorced wife.b Until they marry or perform chalitzah she is forbidden to marry anyone else, as it says “The dead man’s wife shall not marry an outsider”.l,c