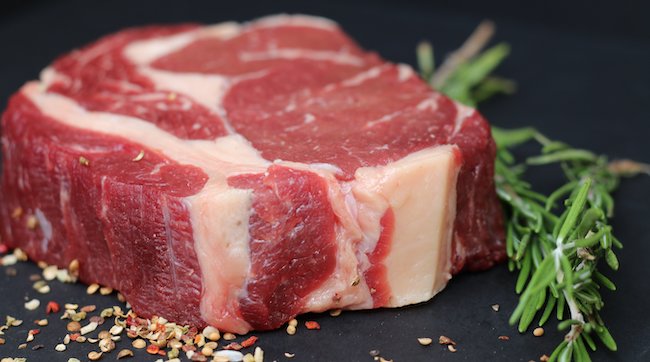 If one wishes to eat the meat of a permitted animal or bird he must first slaughter it, as it says “[If you say `I shall eat meat’…] you shall slaughter from your cattle or sheep… as the deer and gazelle are eaten, so shall you eat it”1; and it says “[If any man…] hunts quarry of animal or bird that may be eaten he shall spill its blood”.2 After it has been slaughtered one may not eat from it if it is still quivering, as it says “You shall not eat upon the blood”.3 Fish and locusts do not require slaughter, as it says “Could sheep or cattle be slaughtered for them and suffice for them? Could all the fish of the sea be gathered for them and suffice for them?”4; and for locusts it says “As the locust is gathered”.5,a It is rabbinically forbidden to slaughter anything in the Temple other than a sacrifice, as it says “If the place that Ha-Shem your G-d shall choose… is far from you, you shall slaughter…”.1 It is also forbidden to derive benefit from non-sacrificial meat slaughtered in the Temple.b

Slaughtering consists of cutting the windpipe and gullet (but for a bird, either of them suffices) with a sharp implement. It must be done without pausing; without hiding the implement; by cutting rather than chopping or tearing; and not too high or low on the neck.c When one slaughters a permitted bird or non-domestic animal he must cover up its blood, as it says “If any man… hunts quarry of animal or bird that may be eaten he shall spill its blood and cover it with dust”.2,d

Certain defects, whether arising from injury or disease, make an animal or bird forbidden to eat (terefah).e They include 1) punctures in the brain, heart, lungs, gullet, stomach(s), intestines, or gall bladder f; 2) cuts in the spinal cord or windpipe; a tear in the abdominal wall g; 3) fracture of the skull or large ribs h; 4) removal of the liver, the major tendons in the hind legs, the upper jaw, or the skin i; 5) absence of the hind legs above the lowest joint, or of lobes from the lungs of an animal j; 6) certain defects in the kidneys or spleen of an animal.k Certain events also make an animal or bird terefah: 7) some types of attack by a predator l; 8) a fall or blow as a result of which it is unable to walk normally.m

If a terefah is slaughtered it is still forbidden to eat from it, but its meat is not impure. In some severe cases of injury the animal or bird is regarded as already dead and slaughter has no effect on it.n

It is forbidden to slaughter a permitted animal whose mother or child has been slaughtered on the same day, as it says “Ox or sheep, you may not slaughter it and its child on one day”.6,o It is forbidden to take a non-domestic permitted mother bird that is found sitting on eggs or chicks, or to take them while she is sitting on them, as it says “If you happen on a bird’s nest… and the mother is sitting on the chicks or on the eggs you shall not take the mother with the children; you shall send away the mother and take the children for yourself”.7,p