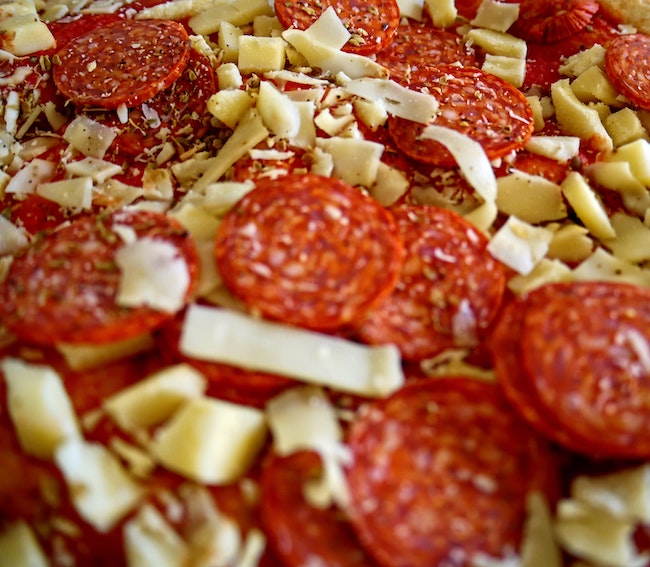 a) Forbidden Types of Animals

It is forbidden to cook the meat of a permitted domestic animal in the milk of such an animal or to derive benefit from the resulting mixture, as it says “You shall not cook a kid in its mother’s milk”.20 The sages forbade eating the meat of any permitted animal or bird cooked in the milk of any permitted animal. They also forbade eating meat and milk together even though they were not cooked together; situations where it is possible that they may be eaten together must be avoided.l

Grain (wheat, barley, rye, oats or spelt) that takes root before the 16th of Nisan is forbidden until the end of that day (or when the Temple exists, until the omer sacrifice is brought), as it says “And you shall not eat bread or roasted or fresh grain [until that very day, until you have brought your sacrifice]”.21,m

If grain or vegetables grow near a vine it is forbidden to derive benefit from them, as it says “[You shall not plant your vineyard with a mixture] lest the increase of the seed that you have planted and the crop of the vineyard become holy”.22 The sages extended this prohibition to all lands.n

It is forbidden to derive benefit from the fruit of a tree for three years after it is planted, as it says “And when you come to the land [and plant any food-bearing tree]… for three years its fruit shall be forbidden for you, it shall not be eaten”.23 By tradition, this prohibition applies to all lands. In the land of Israel the fruit of the fourth year must be redeemed before it can be eaten [as it says “And in the fourth year all its fruit shall be holy”24; when the Temple exists it can be eaten in Jerusalem].o

It is forbidden to derive benefit from food that has been sacrificed to an idol, as it says “[Where are their gods…] who ate the fat of their sacrifices [and] drank the wine of their libations?”26 The sages forbade drinking wine touched by any non-Jew (even if he is not an idolator) if it is wine that is fit for libation.q

It is rabbinically forbidden to eat food cooked by a non-Jew if it is a type of food that is not eaten raw and is served at royal tables (e.g., meat, fish, eggs), or bread baked by a non-Jew, or his milk or cheese (because of the possibility that the milk comes from a forbidden animal or the cheese was made with prohibited rennet). Metal or glass eating utensils bought from a non-Jew require immersion.r

It is forbidden to engage in disgusting or unhealthy eating practices, as it says “Do not abominate yourselves… but make yourselves holy, for I am holy”.27,s