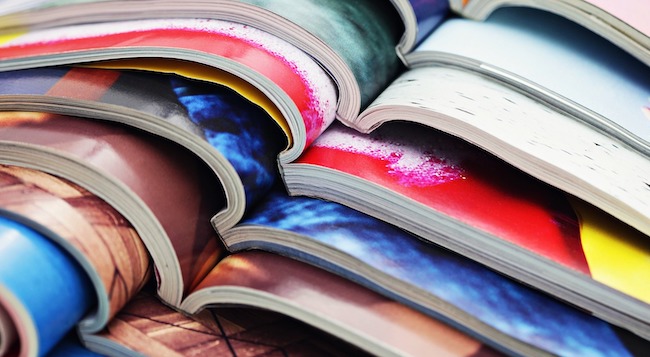 Can you go to a magazine store and look at the magazines as long as you want without the intention of buying one? If you don’t know the policy of the store, should you ask? Even if others do it, is there a danger of chillul Hashem (desecration of G-d’s name)?

There absolutely is. When I was a kid I used to walk past a certain newsstand. I took a peek at the headlines — just the headlines. Every time I passed I took a peek. One day, the owner came out, furious. “You never buy a paper,” he said, “you just look at my papers.”

A magazine is worse, because there are no headlines, and presumably a person is leafing through it.

A lot of people do that. There are magazine stores that are crowded with people thumbing through magazines.

It’s possible that the policy allows for this since the owner is hopeful that a browser will come to buy a magazine. But if a person knows for sure that he will not buy a magazine, why should he be able to take advantage of this system? It’s not a free service.

The Talmud makes a point that is relevant here. In the times of the Talmud, people used to do blood-letting for health reasons. It was felt that after blood-letting, it is important to drink wine; otherwise, the person is left in a weak and unhealthy state. It is brought down that if a person has done a blood-letting and sees that he doesn’t have wine available, he’s permitted to take a beaten up coin, one that may or may not be acceptable to a wine merchant, and say, “I would like to buy a glass of wine.” The merchant will provide a sample. When the purchaser presents the coin, the owner may decline it and say, “I’m sorry, we don’t accept coins like this.” But by this time, the giver of the coin has already imbibed enough wine to alleviate the problem.

But this advice is only permitted when a person is gravely ill. Without such a condition it is not permissible to do this. People often want to take things for nothing. This is not a recommended way to go about life. Why should a person want something for nothing? What’s the point?

What happens if I ask one of the employees of the store, “Is it all right if I just leaf through? I have no intention of buying.” And he says, “Go ahead.” Does the employee have the authority to grant me such permission?

The employee has the authority because he understands that is the policy. But he feels that you are likely to buy. It’s the nature of people to buy. But some people just control themselves and never buy. In that case, it’s not right

By the way, if somebody is in that position – and he wants to look through the magazines even with no intention of buying – would it be better to put a baseball cap on his head so he doesn’t look Orthodox?

Or maybe he should get one of those Nixon masks people used to wear.

Seriously, if somebody does this should he put on a baseball cap so he didn’t look so religious?

Maybe. But he shouldn’t do it anyway. When I go to a shul to daven, I always put some tzedakoh in the pushke, something substantial. Why? Because I am using the heat, or the air conditioning. I use the siddurim, the benches; I benefit from the janitorial help and the electricity. Why shouldn’t I pay for it? When you use something in the world, why shouldn’t you pay for it?

If one gets a flat tire and is not a member of the AAA, can one call up the AAA, join, and then use their service for towing, even though the flat tire occurred before becoming a member?