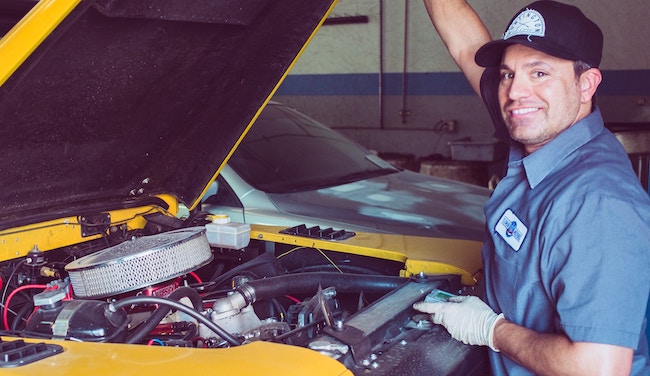 Someone else’s car hit my car, and he said he would pay to have it repaired. I went to a body repair shop, and I was told that it would cost $450 to have it fixed. Can I take the money, and not have it fixed, and use the money for something else?

There are two principles that apply here. The first is that in general, when a person damages a car, he’s supposed to pay for the amount that the damaged car has decreased in value. It could be that the decrease in value would be much less than $450. Perhaps your car was old, and the dent the other person made decreased the value by only $100, or perhaps only $50, or by nothing at all.

The second method of calculating damages is based on a ruling of the Shach. This states that if a car can be fixed, and in fact the damaged party is ready to fix it, then the damager is required to pay for fixing the object, which may be more than the car’s decrease in value.

We use the second ruling if the person uses the money to fix the damages. However, if the damaged party takes the money which is given for fixing the car – which happens to be more than the actual decrease in value of the car – and doesn’t actually fix it, then he’s taking money that is not his. This is because if he doesn’t intend to use the money for fixing the car, then the damager only owes for the decrease in the car’s value.

If the money to cover the loss will come from insurance, then the din (Jewish law) is different. Insurance firms generally pay the amount required for fixing the object, and not for the objects decrease in value. It is thus permissible to take this amount from the insurance company, even if you don’t intend to use it for fixing it, because these are the insurance company’s rules for determining about how much money will be paid, and the money is intended for the one who suffered the damange.

How does one determine objectively the decrease in value of the car with the damage?

A used car salesman can usually make such a determination.

What if you tell the person who hit the car that you don’t intend to fix the car, and say, “I don’t think you’re obligated to pay for the whole damage.” And he responds, “I want to pay you the whole $450 to fix the car anyway.”

If he wants to pay, you’re not obligated to argue with him. Some people like to do more than they’re required to do.

So if he insists, then I can take the money?

It’s not considered as though he’s giving you a charity or a donation. It’s accepted in America to do this sort of thing. But you cannot ask for this higher sum unless you want to fix the car. This is a rule that people aren’t aware of.

NEXT WEEK’S QUESTION 41: VOLUNTEERING TO BE A WITNESS

One morning the Monsey bus was making a turn at 14th Street when a woman who had the right of way was crossing the street. The bus hit the woman to some extent. She apparently wasn’t that hurt, but she came onto the bus, saying that she was a non-Orthodox Jew, and was a student at Cardozo Law school a few blocks away. She was angry, claiming that she could have been killed. She asked the people on the bus: “Did anyone see what happened to me?” No one responded. She said: “It’s nice to know that my people are here for me when I need them”, and she stormed off the bus. If any passenger had seen what happened to her, were they obligated to speak up and say so when she asked? Is the fact that she may have used that person as a witness in a secular court, rather than a Jewish court, a factor?

« Seller Revealing Flaws in a House
Volunteering to Be a Witness »