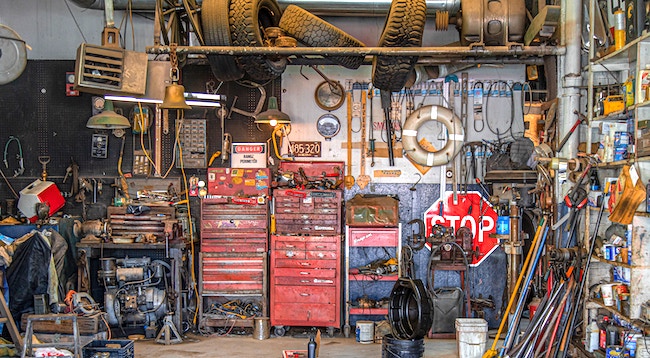 The side car door on my van didn’t close properly. I went to a mechanic, and he said he’d fix it, that it needs a new latch. The latch cost $78, and the labor is $70. I paid with a post-dated check. When I got the car back, the car door was still broken, perhaps a little worse than before. I went back, and he and his men worked on it for an hour and a half. It closed well. He admitted that this is really bodywork, which is not his specialty. Two days later, the car door doesn’t close well anymore, and even flies open when traveling. The check hasn’t been cashed yet. His assistant said the owner isn’t in today, and that they gave the check to someone else. The check is dated tomorrow. His assistant says to make sure that the check goes through, and that the owner will be reasonable. What should I do? Should I stop the check and then negotiate with him, or let the check go through and then negotiate with him. What do I owe him?

I want to tell you something. This isn’t a question of a halacha (Jewish Law). You could stop the check. The job isn’t done and you’re not obligated to pay him until the job is done. Of course you could stop the check; there’s nothing to talk about. However, should you stop the check? I don’t think so. If you stop the check there’s a charge of $15, at least. Some banks will charge more. Number two, it will create a certain sense of ill will. You’ll end up with nothing. If it’s someone you know, the fellow probably feels a responsibility. He took all that money from you, and he’ll help you out. But if you’ll just fight it, you’ll make an enemy of him for a relatively small amount of money. He’s worked on it for an hour and a half…

That’s the second time he tried to fix it. The first time he probably worked on it another hour and a half.

So he worked a couple of hours trying to fix it. You can’t just stop the check …

So you say that’s not a halachic issue. So what category does this fall under?

There’s a certain way of dealing with people that creates trust. People who trust and deal with others with respect sometimes fall and sometimes get cheated. But more often than not, they come out ahead. On the other hand, people who do not trust, people who are always suspicious and even hostile, people who are always fighting for their own position — in the short run these people make a couple of dollars, but in the long run such an attitude is self-defeating. Here’s a person who’s working and working for three hours, he’s basically an honest fellow. He thought that this job was within his ability, and it turned out it’s not. A body-shop man would probably be able to do it much quicker.

So it’s like derech eretz kodmoh laTorah (acting decently comes before the Torah)?

Yes. You can’t fight with him. He didn’t do anything dishonest or improper so that you should make an act of war to withhold the check. When the check goes through, he’ll probably feel obligated to come to a compromise with you. And if not, that’s the chance you should take.

NEXT WEEK’S QUESTION 45: GOING TO ANOTHER HOTEL’S ENTERTAINMENT

I went to a hotel for Yom Tov (holiday) with my family. During Chol Hamoed (the middle days of the holiday, where some work is permitted), another family heard that another hotel is having a performer for kids in the afternoon. They called the hotel to find out if they can come, and the hotel told that that it isn’t a problem. If I want to come, am I also obligated to call the hotel, or may I regard the ‘no problem’ reply to include my family also?

« Using a Car Service
Going to Another Hotel’s Entertainment »