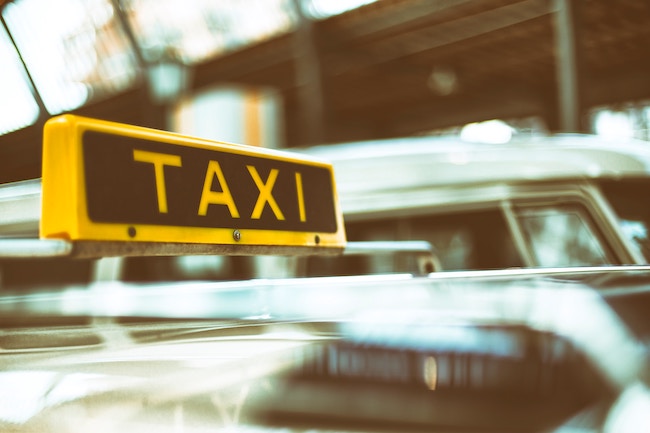 My friend’s employer asked him to work late, and agreed to pay for a car service back to Monsey. The car service the company usually uses charges $150 for the ride home, which the company pays for. My friend prefers to use a Monsey car service because the drivers know the way better, and the Monsey car service charges only $80. He puts it on his credit card, and the company reimburses him. On the way home, my friend wants to stop in Washington Heights to pick up his mother to come to Monsey. That extra stop costs an additional $10. Can he charge the entire $90 to the company, since it is less than the $150 his company is willing to spend, or should he just charge the $80 – excluding the extra fee for picking his mother up on the way home?

There is no question he can charge the $90. If he would charge them $150 and pay the taxi $80 and keep the $70 for himself, it wouldn’t be right. The company said it would pay for the taxi ride, and no more. But if they had a choice between paying for two taxis, one for $150 and the other one for $90, which is $80 plus the extra service to pick up his mother, they would certainly be amenable to pay for the less expensive taxi ride over the more expensive one. Picking up the mother is really not a separate ride. It’s a ride that includes an extra change of $10, adding up to $90, because it made a stop. Naturally there’s a limit to these things. If the taxi would make another three stops, it wouldn’t be fair to charge it all to the company.

No, that he couldn’t do.

If you say you have a ride that does more service and charges less, who would think that the company would insist on paying $150? The worker feels better with the less expensive ride, because he is able to pick up his mother. The company wants the worker to have a comfortable ride home, that’s why they’re paying for the taxi.

The same person told me that a round-trip first class plane seat to London costs $4,000. His company bought him this ticket for a business trip. He wanted to take his wife on economy class for $300 each, and the company said no.

There’s a great difference. They want him to travel first class so he should be fully rested when he arrives and go straight to work feeling great. If he goes economy, then he’s oisge’mutchet (bothered and lacking peace of mind). Why do they pay the extra money for first class? He’s probably going to be there for ten meetings in only one day, one after the other. And they want him to arrive refreshed. In first class a person can stretch out, and can practically sleep the whole way. On economy class, his head wouldn’t be the same. So for them it’s worth it.

But regarding the taxi ride, there’s no aspect in which his company will suffer.

The side car door on my van didn’t close properly. I went to a mechanic, and he said he’d fix it, that it needs a new latch. The latch cost $78, and the labor is $70. I paid with a post-dated check. When I got the car back, the car door was still broken, perhaps a little worse than before. I went back, and he and his men worked on it for an hour and a half. It closed well. He admitted that this is really bodywork, which is not his specialty. Two days later, the car door doesn’t close well anymore, and even flies open when traveling. The check hasn’t been cashed yet. His assistant said the owner isn’t in today, and that they gave the check to someone else. The check is dated tomorrow. His assistant says to make sure that the check goes through, and that the owner will be reasonable. What should I do? Should I stop the check and then negotiate with him, or let the check go through and then negotiate with him. What do I owe him?