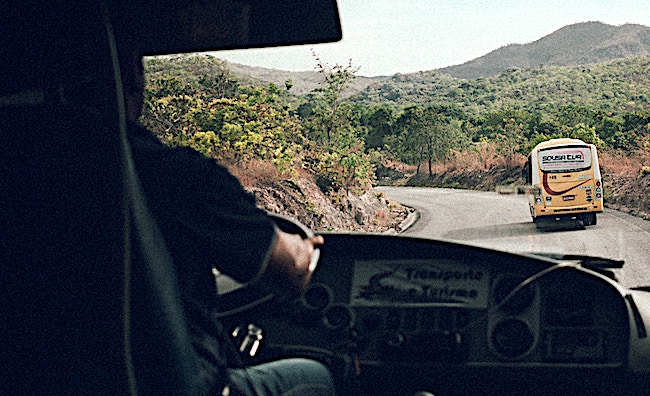 There are many bus drivers who work for a certain bus company, and some are more aggressive in traffic than others. In the morning, when people looking in can see us in tallis etc, I’ve sometimes wondered if more aggressive driving could lead to a chillul Hashem. How concerned should the bus driver, the passengers, and the bus company be about this? If a bus driver does something overly aggressive, is it the passenger’s responsibility, halachically (according to Jewish Law), to say something to him or talk to the bus company? Should the bus company have a clearly written policy about guidelines concerning this? If a bus driver wants to avoid the possibility of chillul Hashem entirely, and be extra polite in his driving, and as a result gets his 40 passengers home 15 minutes later, is it still his obligation, or right, to do so?

There’s a range for everything. There isn’t anything wrong with being a little bit more aggressive, because that’s the way bus drivers drive – he’s helping out 40 passengers. A little bit of aggressiveness, within limits, is permissible, and perhaps even recommended. Beyond that, it’s dangerous and it’s wrong, and it not only causes a chilul Hashem, but it could lead to complaints against the company. So if he is being more than just a bit aggressive, you should tell him something. But be careful how to tell him. Tell him, “You’re a great driver, but I think you should be a little more careful.” Or, “It looks to me as if you’re upset over something; please drive more carefully.” But you should tell him. It’s dangerous to drive too quickly and it’s a chilul Hashem. He’s not expected to be extra polite. But he should be polite, respectful of others.

It would also be worthwhile to discuss this with someone else on the bus, and to see if the other person also has the impression that this bus driver is sometimes overly aggressive. “Maybe I’m making a mistake”, you should tell the other person, “when I get the jitters when he drives”. If the other fellow concurs, then at least you know you have another reasonable person who sees things the same way you do.

Is the bus company obligated to have a policy regarding ‘overly aggressive’ driving?