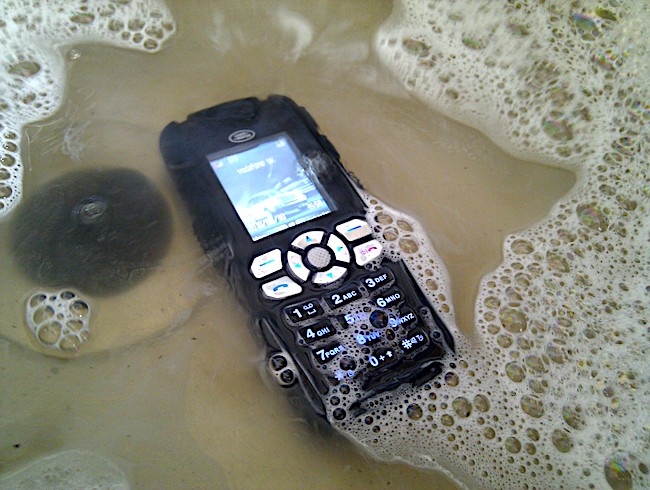 Phone That Fell Into the Bathtub

This question shouldn’t be asked. Of course not. If you told the company how it broke and they’re kind enough to compensate you, then fine. The warranty is for reasonable use of the product, and it is not covered if a person bangs it and breaks it apart, or even if his child throws it into the bathtub. There are companies that specifically may make such warranties. That might really be a good sales pitch — that the product will be returned even if it breaks because you ripped it apart. Such companies know that not many people will come and take them up on their warranty. But if the warranty isn’t of that nature, making a claim that it broke and suggesting that it broke under normal circumstances when that isn’t true, is out-and-out thievery.

What if you call them up and say, “it stopped working,” and they don’t ask you why? Do you have to volunteer the information?

Yes. Saying “it stopped working” is not sufficient, because it conveys an untrue message.

NEXT WEEK’S QUESTION 70: RETURNING CD’S TO THE LIBRARY AFTER HOURS

After my library is closed, I want to return music CD’s that are late. There are two drop-boxes in front of the library for after-hour returns, one for books and the other for videos. The sign on the book drop box says “No videos or music CD’s here”. The other box says ‘For returning videos’. I can come to two conclusions about returning the music CD’s. First, that there is no box for returning CD’s because they are afraid that dropping them in the box will risk breaking the case. Or second, that I can return the CD’s in the video return box because the sign doesn’t prohibit returning CD’s there. If I’m not sure (and it will be hard for me to return to the library for several days), can I make the choice that’s favorable to me, and drop the CD’s in the video box?

« Children in a Motel Room
Returning CDs After Hours »