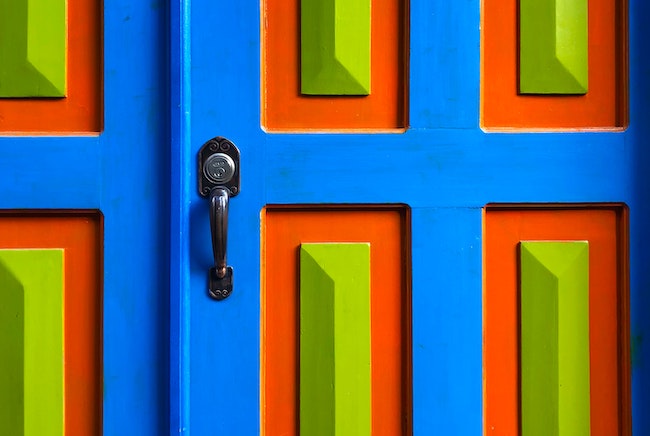 “And it came to pass after Yitzchak had spent a long time in the land of Gerar that Avimelech, the King of the Plishtim, gazed into Yitzchak’s window and saw him together with his wife Rivka.” (Bereshith 26:8)

Why was the king of a large empire looking into other people’s windows? Avimelech was not merely being nosy; he had an appropriate justification for his actions. After Yitzchak had resided such a long time in Gerar without making any effort to get married, Avimelech began to suspect that Rivka actually was his wife. With a quick glance into their window, he hoped to verify his suspicions{1}. Yitzchak, who had not yet run into any confrontations regarding his wife Rivka, was not cautious about showing affection to his wife{2}.

The Torah recognizes a person’s right to privacy, and the fact that a person lets his guard down does not give others the right to infringe on another’s privacy. This characteristic is a hallmark of the Jewish people, as was eloquently expressed by the prophet Bilaam. When he saw that the doors of the Israelite tents were intentionally arranged in such a way that the inhabitants could not look into the adjoining tents, he said, “How goodly are your tents, O Yaakov, your dwellings, O Israel{3}.” Their stringency over preserving each other’s privacy saved them from Bilaam’s plan to curse them. Since they were careful to safeguard this mitzvah which involved restraint of the eye, God hindered Bilaam’s power to use his evil eye – to curse them{4}.

From this incident our Sages learn that one may not look into someone else’s residence or construct a window or door directly facing that of one’s neighbor{5}. Doing so is tantamount to damaging their possessions, for people who have to be constantly on guard because others may be watching them are not able to fully utilize their property. Furthermore, snooping around other people’s property can cause onlookers to suspect that he intends to rob that house{6}. If the owner of the opposite residence permits, one may build a window, door, or porch, since he has suspended his right to privacy. This is only permitted since the window is not a direct infringement on his privacy, as opposed to looking into his house, which according to some opinions is an infraction of Torah law{7}. Even if the owner of the home relinquishes his right of privacy, one may not stare through his windows since this is a direct infringement{8}. Similarly, if one constructs a partition between his home and his neighbor’s, he is permitted to build as he pleases, even if his neighbor protests{9}.