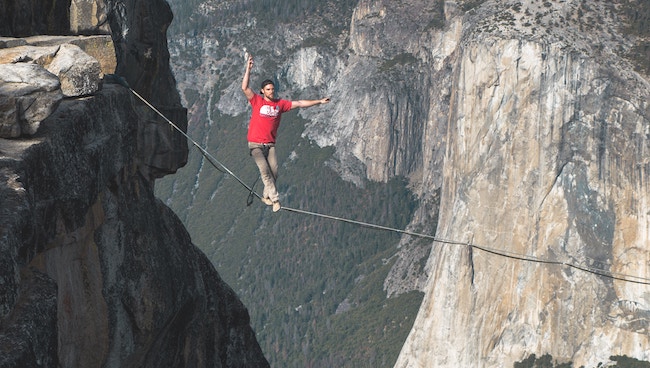 A person is obligated to be careful [in dealing] with orphans and widows since their souls are very lowly and their spirits are down… as it is stated, ‘Every widow and orphan you shall not afflict’ (Exodus 22:21)….

When is this true? When one afflicts them for his own sake. But when a teacher disciplines (lit., ‘afflicts’) them to teach them Torah or a trade, or in order to direct them on a proper path, it is permitted. Even so, he must not treat them as everyone else but should treat them differently (lit., ‘make for them a distinction’) and treat them with gentleness, great mercy and with dignity — for G-d will champion their cause.

[The above is true regarding] both one orphaned from his father and from his mother.

Until when are [such people] considered orphans regarding this? Until they do not need a grown person to rely upon, to rear them, and to take care of them, but rather they can take care of all their needs by themselves as all other adults.

We began studying this law last week. The Rambam discussed the prohibition against oppressing widows and orphans, which as we saw really applies to all unfortunates — or to anyone who may be sensitive about real or perceived shortcomings.

This week the Rambam adds an important qualification — that even with all being said about treating orphans and the like with tender loving care, it obviously must not come at the expense of spoiling them silly. Children, even underprivileged ones, must be set straight and disciplined. As we know, there’s a common tendency in the media today to basically never hold the underprivileged accountable for their behavior, be them Palestinians or inner city youth, since it’s really our fault they became so disadvantaged and angry to begin with. Although there may well be some validity to such an argument, such treatment is equally counterproductive. Going too soft on unfortunates will never bring them to take responsibility for themselves or surmount the very real disadvantages fate has handed them.

(It can also be argued that people who were not blessed with a stable upbringing require more tough-love discipline than less. The child of the stable home observed decent, responsible behavior in his formative years. Less discipline is required to bring him back to the values of his roots. A child, however, who never saw such behavior close up and never developed an appreciation for goodness may require far harsher measures to lead him to G-d. See Pirkei Avos 5:21 where I discuss this more fully. R. Eliyahu Dessler views this as one of the bases for understanding G-d’s seeming favoritism of the Jews — as we did in fact inherit such sterling characteristics from our ancestors.)

Further, treating the orphan or child of single-parent home too differently from the rest of the class will do little more than breed jealousy within the classroom. The other children are not likely to be sophisticated enough to understand why certain children get away with so much more. And at the same time, the underprivileged child too will feel “different” and self-conscious, knowing he is being treated better than the rest. The real trick is to actually go softer on such kids while acting as if nothing is different.

All of this raises an important side issue worth mentioning, namely that the entire concept of a school system is an innovation within Judaism. Interestingly, the Torah — which outlines virtually every aspect of Jewish daily living — makes no mention of such an institution. And the reason is because the Torah envisioned that parents themselves would teach their children: “And you shall teach them clearly to your children…” (Deuteronomy 6:7). In other words, only a parent — who truly understands his child, roots for him, and can offer the tailor-made education he requires — should be entrusted with fashioning something so precious and delicate as a developing soul.

(And incidentally, the education is conveyed equally by the parents’ behavior as by that which they teach their children. And this makes today’s classroom education all the more difficult if the messages the students’ teachers convey differ considerably from the real-life behavior of their parents. (And of course I’m not talking about the R’s but the true Jewish values a Torah teacher must impart.))

The Talmud (Bava Basra 21a) states that home-schooling was the arrangement in Israel for all of our early history until Yehoshua ben Gamla (a High Priest of the late Second Temple era) instituted a school system. Why did he do so? For the sake of the orphans, who had no fathers to teach them. Rather than creating special schools for the orphans — which too would have marginalized them from ordinary society, R. Yehoshua revolutionized the entire educational system. If orphans had no fathers to teach them, all children would learn in the classroom. (A very early precursor of the public school system; I don’t know offhand how far back such was attempted in the world at large.) And, states the Talmud, if not for his foresight the Torah would have been forgotten from Israel — for a significant portion of our youth would have been left abandoned and uneducated.

Returning to our subject, the entire educational system as we have it was an innovation from early Mishnaic times. And as great and necessary as it was, any innovation, while solving some problems within Israel, invariably creates new ones. And as we all know, classroom education in which 25 or more students are forced to study together and at the same pace at the hands of a single overworked (and probably underpaid) instructor is far from the ideal — and really a problem educational institutions have not solved till this day. Do you gear the curriculum for the better students, leaving the weaker ones frustrated and behind? Towards the lower half, leaving the brighter students bored and fidgety? Do you divide the class into smaller groups, most of which the teacher has no time for? And, of course, there are always misfits in any group who virtually cannot be worked with. Do you put a lot of frustrating effort into them, or just ignore them and pass them on to the next grade, making them someone else’s problem? We can go on, but there are basically no correct solutions to such problems. Once the teacher-student ratio is lower than one-to-one, difficulties immediately arise.

It’s thus curious that although as the Rambam here states, the Torah teacher must go easier on orphans and the like, the very educational system which was instituted for their sakes is poorly served when different children are treated differently. We thus have yet another manmade institution which though worthy and necessary, is impossible to perfect — as most things in this world. And in such a situation — as in all areas of human endeavor — we must do our part and strive to make the best of an imperfect world.

(As a final interesting aside, why did the Torah not institute such an educational system itself if orphans have always been around? Couldn’t G-d have “thought of” the same solution as R. Yehoshua? I discussed a similar issue once before in Pirkei Avos (3:17) — that the Torah depicts the human condition in its ideal state rather than dealing with the needs and vagaries of relativistic man. Please feel free to check out our discussion there.)