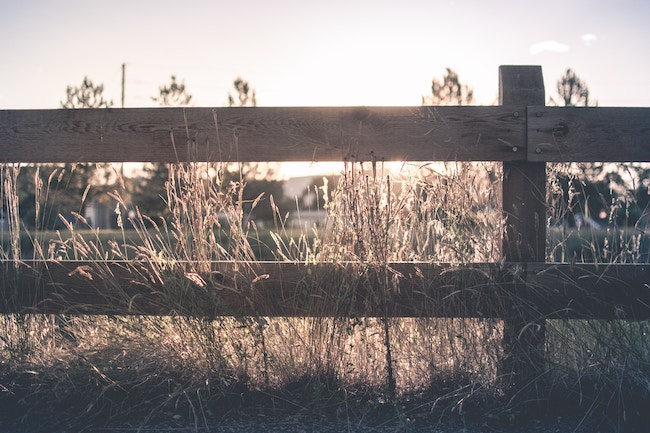 Last week we discussed the concept and ramifications of bringing another person to good or to evil. One who does so has created a powerful chain reaction in the universe, so much so that G-d, so to speak, does not allow him or her to veer from the path he has inspired in others. He has created an irreversible force in this world, so much stronger and greater than he that he himself can no longer stem its unstoppable tide. Neither can he — nor will G-d — undo the good or evil he has unleashed into this world.

Based on this we began discussing the Biblical concept that G-d rewards and punishes the descendants of a person for his or her good or bad deeds (Exodus 20:5-6). We explained that it is not that the son is rewarded or punished for acts he did not do, but that the powerful force of good or evil unleashed by the parents must be borne by the children. If parents impart to their children proper religious and moral values, this will be the default mindset the children will inherit, and they will begin life that much more enriched. If, however, the children are raised with religious ignorance and/or apathy, they will be forced to struggle uphill for years to overcome the spiritual lethargy they have inherited, until slowly they begin to see G-d and life with unblemished eyes.

(Practically speaking, it can take generations to uproot prejudice and the like from a sinner’s descendants — take the American South as an example. And often, the more vile and patently unjust the bigotry, the hardier and more stubborn the weed. (I leave antisemitism out of this by the way. That is a unique, G-d-ordained animal, which does not follow ordinary rules of logic.))

There is a deeper concept behind the idea of rewarding or punishing a person’s descendants. It is less related to the theme of our mishna but provides us with an important insight into the workings of G-d’s justice. It is based upon Michtav Mai’Eliyahu, I:8-14, by R. Eliyahu Dessler, one of the great Jewish thinkers of the mid-20th Century.

R. Dessler explains by illustration. Say two young men are brought before a judge, both for petty theft. One comes from a stable, well-adjusted and well-established home — both biological parents, good income, high level of education and standard of living, etc. His parents (or Sesame Street) taught him sharing, cooperation and fair play. The other came from a broken and dysfunctional home — drugs, alcohol, unemployment, domestic abuse, violence, etc. (Unfortunately, we need not stretch our imaginations too far to imagine such an upbringing. According to recent statistics over 40% of American children are born out of wedlock — not to mention the exorbitant divorce rate.) What is the proper and fitting punishment for each of these youths?

Well, there are two issues over here: individual accountability and appropriate corrective measures. There is no question that the young man with a deficient upbringing is less culpable for his sins: he did not know better. He was never raised on personal integrity and good behavior, and had few if any proper role models to follow. The well-raised child, however, should have known better — and in many ways bears more responsibility for failing to follow the footsteps of his decent and well-meaning parents.

There is, however, a very different angle to this question — and really the critical one for the true judge (or True Judge) who wants not only to punish but instruct and enlighten. A child of noble breeding who knows and sees good manners and proper behavior — though he doesn’t practice them himself — is no stranger to that way of life. It is not entirely foreign to his cognizance and life experiences. It may take only a small amount of prodding, a bit of positive reinforcement, to guide him along the path he sees clearly before him. Positive reinforcement rather than negative reproof may for him be the most effective means of discipline. And even though it is so typical that adolescents rebel in one way or the other, they do know what they’re rebelling against. And let’s face it: the chutzpah and stubbornness of youth aside, chances are that a few years later the apple will fall not far from the tree.

The child, however, who never saw or knew good character traits, will have a much tougher learning curve before he can adopt such traits himself. The issue again is not so much punishment for his past. It is instruction for the future. And sadly, as little as this youth knows better — as little as his “fault” it is, much more discipline and tough love will have to be applied in order to lead him along the true and proper path of life. It will be quite some time till he can venture that path alone.

King Solomon stated it forcefully and unsentimentally but accurately: “With words the slave is not rebuked” (Proverbs 29:19). Without the blessing of a healthy, stable upbringing, the results are often nothing short of disastrous — with no easy means of repair after the fact.

G-d thus deals differently with the descendants of the righteous than those of the wicked. If my forebears are righteous, I am far less removed from their behavior — regardless of my own personal failings. If, however, my forefathers never knew righteousness themselves, I am that much further from the truth.

This, continues R. Dessler, provides us with an important insight into another fundamental concept in Jewish thought — G-d’s preferential treatment of the Jews. The Sages often make reference to that fact that Israel has the special “merit of the forefathers” (“zechus avos”). We are given preferential treatment simply because we are descended from Abraham, Isaac and Jacob. This too is not because of ancient history — that we happen to have the good fortune of being the progeny of pious individuals millennia ago. It is because those ancestors instilled certain good qualities into the Jewish psyche — qualities which, with only a little prodding, G-d knows we can return to.

R. Dessler demonstrates this through the writings of an earlier scholar, R. Chaim Volozhiner, of 18th-19th Century Lithuania. R. Volozhiner notes that many good traits which are almost second nature to Jews today are in truth a legacy from Abraham. Jews are patient and accepting in suffering just as Abraham survived famine without complaint. They are willing to sacrifice for their beliefs just as Abraham was willing to be thrown into a fiery furnace and to sacrifice his own son. Jews have a innate and deep-seated attachment to the Land of Israel just as Abraham abandoned his family and homeland, heeding a Divine call to emigrate to G-d’s special domain. And finally, Jews have always been on the forefront of social causes, attempting — in one way or the other — to improve the world around them, just as Abraham attempted to intercede on behalf of the wicked people of Sodom.

Thus, G-d deals with Israel in many ways more mercifully and patiently than other nations. Of course, G-d deals with every human being individually, with mercy tailored for him, but generally speaking, the nations of the world are not coaxed, prodded and warned the way Israel is. G-d allowed the sins of many a great empire to accumulate — only to utterly obliterate them in the end, preserving them as no more than fodder for later day archaeologists. But Israel has always been and will always be different. G-d sees good characteristics just beneath the surface of the Jewish psyche. He therefore never fully ignores us. He warns us — patiently but incessantly — never giving us rest until we realize that great potential He knows exists within us. He knows that each and every one of us contains within him- or herself that inbred spark of Jewishness — which with sufficient fanning and stoking will become the blazing flame of a true Jewish heart.