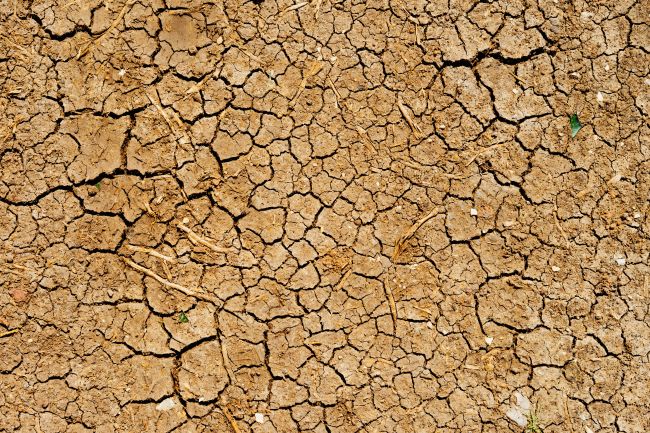 Last week we began discussing the concept of cleaving to the wise. As the Rambam states, the primary reason for this is so that we will learn from their ways. To this we asked why all the illustrations brought by the Talmud and Rambam are so physical — marriage, eating, drinking etc.? Wouldn’t we expect the obligation to primarily be to study from the wise and observe their behavior in more religious contexts?

We suggested simply that it goes without saying that we should study Torah from the wise. The novelty here is that we must observe them even while performing their mundane activities. And this is because it is not always so evident how to live a religious life outside of the study hall. It is relatively clear how to study Torah and perform the mitzvos (commandments) properly. But how to go about in the world at large often requires a much closer observation of the scholarly.

However, I believe there is a much more profound concept contained within this. The obligation here is not merely to observe the wise but to “cleave” to them, forming an intense blood bond with them, as through marriage. And this begins to shed light on one of the truly fascinating concepts of Judaism — the holiness of the physical world.

We began last week by making a very simple observation regarding the physical world. Physical existence allows for something which could never occur in the spiritual realm — closeness between two dissimilar objects. Two creations, even if fundamentally different by nature, can coexist in close physical proximity.

In the spiritual realm, by contrast, such could never occur. The spiritual plane lacks spatial dimension; thus, “closeness” as we perceive it is meaningless. Rather, two objects are “close” if they are similar — just as two people might be “close” even if they’re on opposite sides of the world, and may be worlds apart even if they live in the same house.

This in fact, Kabbalistically speaking, is one of great novelties of the physical universe. In the spiritual realm such opposites as good and evil could never coexist. Metaphysically, they are diametrically opposed and could never come in contact with one another. In the physical world, however, they can and do coexist — often inside a single person’s bosom. And this allows for one of the great purposes of the physical world — that man confront evil and overcome it. On a spiritual plane, such a confrontation by definition could never occur. But in the physical, it is not only possible; it is the ultimate purpose of creation.

(In a similar vein, a person’s body and soul are inherently different and incompatible. This too is one of the great miracles of the physical world in that they may coexist — even if uneasily — in a single being.)

Another implication of this is that man’s very physicality affords him true spiritual growth. Only as physical beings can we face and endure challenge and temptation, and by overcoming them attain holiness. Had we been pure spiritual beings, life could not have offered us challenge. We would never be confronted by evil. We would have our spiritual state, whatever it may be, and never come in contact with anything less or more holy than we. Thus, our lives would be entirely stagnant, affording us no opportunity for growth.

Likewise, the Sages depict the World to Come as a  blissful — but stationary — existence, in which we’ll be “sitting… and enjoying the shine of the Divine Presence” (Talmud Brachos 17a). It may be great, yes, but we’ll be who we’ll be. We will no longer be able to surmount further challenge and get even closer to the G-d we will then so desire.

Thus far we have explained that the physical world, with all its confusion and distance from G-d, is actually the very vehicle which allows us to come closer to Him. But the idea is even more profound, as we will now see.

According to most commentators, the ultimate reward the worthy will achieve is physical — at least in part. After the era of the Messiah, at the End of Days, all mankind will arise from the dead for the ultimate Judgment Day. The worthy will rise and live forever — according to the level of spirituality they attained during their lifetimes. The unworthy will rise to be judged — and will then be destroyed or eternally punished. “And many of those who sleep in the dirt of the ground will awaken, these to eternal life and these to shame, to everlasting abhorrence” (Daniel 12:2).

According to most opinions, this Resurrection of the Dead will herald the final and everlasting state of man, in which we will live as perfected physical beings who will, to use the Sages’ metaphor, “stroll together with G-d in the Garden of Eden” (based on Leviticus 26:12: “And I will stroll among you”). By contrast, the spiritual Heaven which the worthy among us will merit immediately after our deaths is only a pleasant holding pattern (known in philosophical writings as “Olam HeNeshamos” — “The World of Souls”). We will enjoy closeness to G-d but will basically be “passing time” until the world is ready for its true fulfillment. (See however The Way of G-d (I:3:12), who explains the great value and benefit even that passing phase will afford us, further readying us for our ultimate state.)

And this of course requires explanation. We can understand that the physical world offers us challenge and temptation the spiritual cannot, but why should the reward be physical as well? Even if, as the Sages teach us, we will be created in a higher, more perfected state, how can physicality bring us closer to G-d? Isn’t physical matter by definition less lofty and spiritual than the heavens? Doesn’t it basically further remove us from holiness?

The idea, however, is that only through physicality can we truly cleave to G-d. For again, as spiritual beings alone we could never connect to anything beyond us. There is no true “closeness” to G-d in a purely spiritual world, lacking spatial dimensions. And further, no matter how much we sanctified ourselves during our lifetimes, we will not truly be any closer to an infinite G-d — just as 10,000 is no closer to infinity than 100. Thus, only with a physical side can closeness to G-d truly be, can we “stroll together with G-d in the Garden” (whatever that truly means). During our lifetimes we can bond physically with those very items G-d placed His commands upon, performing good deeds with the very matter of the physical world. And binding with objects upon which G-d placed His instructions in a sense binds us directly to G-d.

Finally, we can now appreciate the great significance of the obligation to cleave to Torah scholars. The Talmudic passage the Rambam quoted above, discussing the importance of cleaving to Torah scholars, immediately continues by discussing the Resurrection and the miraculous state the world which reach in the End of Days. For cleaving to G-d is not at all possible in this universe. Yet G-d has granted us the opportunity to bond with individuals who have such a spark of holiness within them. And by physically connecting with them we will ultimately both be readied for and grow to appreciate the ultimate closeness to G-d our souls so dearly desire.

(The ideas above are primarily based on R. Aryeh Kaplan’s treatise “A World of Love,” Ch. 9, available as part of The Aryeh Kaplan Anthology.)