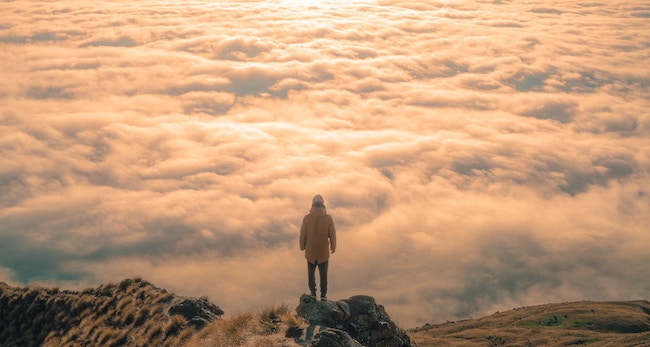 Chapter 6, Law 4 – Discovering G-d and Ourselves

Loving the convert who has taken refuge (lit., ‘came and entered’) beneath the wings of the Divine Presence [comprises] two positive obligations, one because he is included in ‘fellowship’ (and so is included in the obligation to love one’s fellow as himself (Levit. 19:18)), and two because he is a convert and the Torah said, ‘You shall love the convert’ (Deuteronomy 10:19). [The Torah] commanded to love the convert as it commanded [us] to love G-d (lit., ‘His Name’), as it is stated, ‘And you shall love the L-rd your G-d’ (Deut. 6:5). G-d Himself loves converts, as it is stated, ‘…and loves [the] convert’ (ibid., 10:18).

The Rambam this week discusses a theme closely related to the previous law. Last week we were told to love every Jew, to feel an underlying kinship with every member of our nation. This week we are told specifically to love the convert.

In simple reading, the obligation here is just a double. We are commanded to love the stranger two times. I don’t know if we are expected to love him twice as much, but the Torah has certainly strengthened the obligation when it comes to the convert. And in a simple sense, this is readily understandable. Someone who is foreign and out-of-place must certainly be treated with extra care and regard. It’s so easy to take advantage of someone who doesn’t know better. (I’m reminded of some of the scams perpetrated on many of the newly-arrived immigrants at Ellis Island — the sort of thing repeated in many settings throughout the world and throughout history.) The Torah many times instructs us to love and not oppress the widow, orphan and stranger and to afford them the full protection of the law.

Another reason extra care is in line is a bit more cynical: because, as the Talmud states, “his ‘turnings’ are bad” (Bava Metziah 59b). Far more easily than others realize, he may become turned off to his new lifestyle and surroundings and revert to his former self. Even if he’s been a devoted, practicing Jew for decades — possibly even more devoted than his Jewish-born neighbors — no one who hasn’t undergone the same metamorphosis as he can really know what he’s been through. Deep down, he may not have become entirely comfortable with his new identity and totally transcended his previous one. And if he feels rejected, he may just return to it.

The Talmud writes that one should never denigrate an “Aramean” in the presence of a convert — or even in the presence of the tenth-generation descendant of one (Sanhedrin 94a), presumably because he (and his descendants) still feel an innate attachment to their native land.

The Talmud derives this from Jethro (Yisro), father-in-law to Moses, who followed the Children of Israel into the desert after hearing of their great salvation. When Moses described to him “all that G-d did to Pharaoh and Egypt,” the verse states, “And Jethro rejoiced” (Exodus 18:9). Outwardly he was ecstatic to hear of the evil empire’s terrible demise. Yet the Sages state that at the same time his flesh became covered with goose bumps (based on the fact that the unusual word the Torah used here for rejoice (“vayichad”) alternatively means sharp or pointy). Jethro, with no outside prompting, had taken it upon himself to leave home and family to embrace Judaism. He was certainly on their side and elated over their victory. Yet to hear in detail of his cousins’ destruction was a shock he was ill-prepared for.

And likewise, who knows if the slightest racial slur or snide remark will torment the convert with doubts if he or she really belongs — or even wants to belong — to his or her new community. (I can certainly appreciate the resentment we true-blue Americans feel — no matter how many years we’ve been blessed to live in the Holy Land — towards foreigners who make nasty remarks about and see only the negative in the good old US of A. Not of course that we have no qualms ourselves.) The Talmud writes that no one should “trust himself” — that he’s truly secure in who he is — till the day he dies — the only true refuge man is granted from his lifelong travails. Certainly when someone has undergone such change, it takes a lifetime to truly accommodate himself to his new life and surroundings.

I believe, however, that a much more powerful idea is implied. The Rambam here did not simply say that we must love the convert. He embellished it, describing the convert as one “who has taken refuge beneath the wings of the Divine Presence.” It was not necessary to add this to define who a convert is. Further, the Rambam equates loving the convert to loving G-d.

And this draws up a basic distinction. Last week we pointed out that to every fellow Jew — the vast majority of whom we don’t know from Adam — we are not expected to feel an overwhelming sense of affection. Rather, we must feel a basic sense of kinship and comradeship with him. We are all part of the same team, sharing the same values and mission and striving towards the same goals, regardless of differences in personality, style and external trappings.

Based on this we viewed the obligation to love one’s fellow in a practical vein. The Torah was not necessarily commanding us to feel an intense emotion toward every Jew, but it does expect us to act towards him considerately. Likewise, the Rambam last week illustrated that law in very practical ways — that we speak positively about our fellow and be considerate of his property.

This week, however, the Rambam asks for something more: that we truly love the stranger, that we feel an emotion towards him akin to how we feel toward G-d. And this goal is readily achievable. When we consider how much such a person has sacrificed, how he forsook his entire background and way of life to “take refuge beneath the wings of the Divine Presence,” we can and must love him. He scaled far greater heights than we who were blessed to have been born into greatness. And for that we must view him with awe and reverence — and love. Just as we are commanded to love G-d, so must we love the one who has willingly taken it upon himself to identify with all that G-d and His holy Torah stand for.

My wife, in her younger years, used to say that she regretted (not really, but in a sense…) having been born to a devout, religious family. She never had the challenge of discovering G-d herself. It was all handed to her on a silver platter. And so all of the basics came freely and effortlessly — unlike the many she knew who, often through great self-sacrifice, rejected their past to personally come forward and embrace G-d. (She grew up in a small community. She had friends who literally used to spend every single Sabbath with her family since they had no other way of experiencing a proper Sabbath.)

This distinction is actually implicit in the verses the Rambam quotes this and last week. Last week’s famous verse, obligating us to love all Jews, stated ” And you shall love your fellow as yourself” (Levit. 19:18). The literal translation is, “And you shall love to your fellow (lirai’acha) as yourself.” Of course it doesn’t translate well in English since for us the verb love does not take on a preposition. (I’m sure there’s a technical term for that construct. Any English majors out are welcome to tell me.)

The Malbim (R. Meir Leibush Weiser, great scholar and preacher of 19th Century Russia) explains in his commentary to that verse that loving to someone does not imply an emotional feeling but how one must act toward him. And likewise, the great Mishnaic scholar Hillel, when asked by a Gentile to explain to him the Torah while the Gentile stood on one foot, paraphrased this verse by saying “Whatever you don’t like, don’t do unto your fellow.” “This”, said Hillel, “is the entire Torah. The rest is commentary; go and study.” (Talmud Shabbos 31a). (The man later became a true convert — after that wonderful and practical introduction.)

However, continues the Malbim, when the Torah states “love” without the preposition “to”, the implication is that we must not love “toward” the object, but actually love the object. And this is the case with the two verses the Rambam quoted above, Duet. 6:5 and 10:19, stating respectively that we must love G-d and the stranger. The obligation is thus to actually love the convert for all he is and all he stands for.

(This also explains why the Rambam this week went all the way to Deuteronomy to find a verifying verse for his law, while already in Leviticus (19:34), only a few verses after “you shall love your fellow,” are we taught “And you shall love to him [the stranger] as yourself.” Only Deuteronomy implies this higher obligation.)

Thus, this week the Rambam introduces us to an entirely higher obligation. Whereas we must feel a basic kinship with every Jew, the convert we must actually love — for who he is and all his life efforts. For in a small sense loving him is representative of the true love we must feel toward G-d.

(The final theme above I heard from my teacher R. Yaakov Moshe Kulefsky OBM of Yeshivas Ner Israel.)