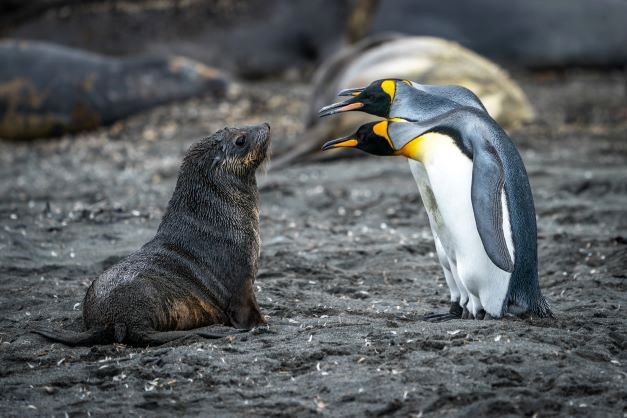 Whoever hates a Jew in his heart transgresses a negative prohibition, as it is stated, ‘You shall not hate your fellow in your heart’ (Leviticus 19:17). One does not receive lashes for [transgressing] this prohibition since it does not involve [the performance of] an action. The Torah forbade only hatred in the heart. If, however, one hits and curses his fellow, even though he is not permitted, he does not transgress “You shall not hate…”

This week’s law clearly follows from the Rambam’s previous ones. Earlier we were taught to cleave to the wise, to love every Jew, and in particular to love the convert. Now we are taught more specifically that it is forbidden to hate our fellow Jew.

Before discussing this law in depth, I’d like to add a bit of background to the topic at hand. First of all, the standard punishment the Torah prescribes for one who transgresses a Torah law is 39 lashes (see Deut. 25:1-3 and Mishna Makkos 3:10). The Talmud excludes certain types of transgressions from this, one of them being a sin which does not involve a physical action, such as hating one’s fellow in one’s heart, failing to eat a sacrifice in the allotted time, or (according to some) breaking any prohibition relating to speech (as speech alone is not really a physical action).

Secondly, the Rambam here almost makes it sound as if it’s better to hit and curse one’s fellow than to hate him in one’s heart. This is clearly not the case. Both of those actions are explicitly forbidden by the Torah (Deut. 25:3 and Exodus 22:27 respectively), and involve transgressions far more active and severe than merely hating one’s fellow in one’s heart. It is significant, as we’ll see below, that these sins are mutually exclusive — that as soon as overt hatred begins covert hatred ends. But clearly, the Rambam is not intending to imply it’s better to openly attack someone than to merely dislike him.

Introductions aside, the most interesting point I found with this law is the one we already noted — namely, that the Torah here forbids hating another only when it is in one’s heart. When, however, the situation deteriorates further and the hatred comes out into the open, this prohibition no longer applies. And this is very strange. The Torah is stating that you must not secretly hate your fellow, while at the same time adding that if you openly hate him, it is acceptable. (Obviously again, the Torah forbids acting on your hatred in a counterproductive way, such as hitting or cursing him, but just letting your fellow know you can’t stand him seems to be alright.) So openly disliking a person is in a sense better than secretly hating him. How can that be?

What the Torah appears to be teaching us is that there is a special prohibition of hating another and bottling it up. This is just not the way Jews should be going around feeling about one another. Better to express it — in some way, as we’ll discuss — than to just let it simmer and fester.

Genesis 37 describes the animosity which developed between the young Joseph and his brothers. Verse 4 states that as a result of their hatred, the brothers could not speak peaceably with Joseph. The commentator Rashi to that verse (based on Bereishis Rabbah 84:9) actually views this favorably: “From their shame we learn their praise, for they did not speak one way with their mouths and another with their hearts.” Better to be honest about your hatred for another, than to sweet-talk him on the outside while despising him within.

And the reason for this is really quite evident when we think about it. Bottling up hatred and resentment will do no one any good. It will fester and grow, either destroying a relationship which might have been mended or finally erupting in some catastrophic outburst beyond the ability of anyone involved to remedy. It often occurs in marriages that a wife will bottle up her hurts and bottle them up and bottle them up — sometimes even imagining it’s for the sake of peace — until there is so much bad air and resentment that the relationship has become hopelessly dysfunctional. It is far more productive and therapeutic for both parties to openly and frankly air their differences and disappointments — and hopefully work together on solutions. For overt enmity is far easier to deal with — often to the satisfaction of both parties — than unaddressed hurt pent up beneath the surface.

(And by the way, ladies, don’t expect your husbands to tune in to your upset and proactively step forward to rectify (all the while getting more and more aggravated that your husband isn’t noticing…). We men are just not that good at that. Without meaning any harm, we may just be oblivious to the sensations and body language around us. Everyone will gain if each party simply steps forward with his or her hurts and grievances.)

(Needless to say, I’m discussing situations in which the parties are basically trying, and interested in developing a healthy, positive relationship. Once the relationship has turned antagonistic — each party is trying to “prove” it’s the victimized and mistreated one and how awful the other spouse is — then it’s a whole different ball game. Much more basic counseling is called for.)

A different but related idea is that the Torah here is not telling us how we must feel toward others. It is not forbidding hatred per se, only the bottling of it up. And this is because the Torah really cannot tell us how we must feel. It can’t “command” us to change our emotions — to love someone we cannot stand. Our emotions are not under our direct control. Sometimes we just don’t like someone; such does occur in the course of human events. And in fact, rarely does the Torah command us about our feelings. It commands almost exclusively on the level of action — how to act on (and hopefully influence) our feelings — but very rarely does it directly command us in how we must feel.

(We likewise explained recently that the Torah command to “love your fellow” refers primarily to how we must treat him, not how we must feel about him. One of the few exceptions was last week’s command to love the convert, as we also discussed.)

And so too, the Torah here does not say we must not hate. But it does tell us how we must act on our hatreds. And we are told two basic things: (a) that we may not act counterproductively on account of our hatred — by hitting or cursing our fellow; and (b) that we not bottle up our hatreds and do nothing.

And the situation which will then emerge is actually very instructive. A does not like B. Well first of all, he is not allowed to abuse B on account of it. That is certainly self-evident. But at the same time, he is not permitted to just squelch it. He must come forward and tell B he does not like him. And this is obligatory. Otherwise, A will transgress the Torah prohibition of hating his fellow in his heart.

As a result, the following will ideally occur. A will have to introspect: Why do I not like B? Do I have a legitimate reason for it? Did he wrong me in some way? If the answer is yes, A will step forward and approach B, openly and honestly dealing with his dislike rather than letting it rankle and grow.

(As an aside, when open confrontation with your fellow is difficult, writing him a letter (or e-mail) may just do the trick. Not only is it less awkward and confrontational, but it allows expressing your words carefully and precisely. (Sometimes it even allows you to let off some steam — and then never actually send the letter.) I’ve had a few occasions to do this myself, to very positive effect.)

Alternatively (and in practice far more often), A will come to a different realization: I do hate B, but B really never did anything to deserve it — certainly not to the extent I dislike him. A will then hopefully realize that his “hatred” was really his own problem. B merely touched off A’s own jealousies and feelings of inferiority — he’s more talented, more popular, takes all the friends away etc. And that set A off on a vicious cycle of annoyance, aversion, and viewing the negative, all without any real basis.

As a result, A — in order not to transgress the Torah’s prohibition — will turn inwards towards himself. Rather than coming to B without really having anything to say, he’ll examine the flaws in his own psychological makeup and work on them. Eventually, he will conquer all his hatreds, both within and without.

(By the way, elsewhere the Torah recommends one method of lessening your hatred towards your enemy. Exodus 23:4-5 states that if you find your enemy’s lost animal or see his donkey crouching under its load, you must step forward to assist him. Help your enemy; go out of your way to be nice to him (see Talmud Bava Metziah 32b). And your behavior — even if at first somewhat forced — will slowly rectify your attitude.)

Thus, the Torah, in its outlined prohibitions, offers us an enormously instructive means of dealing with our emotional shortcomings. It does not and cannot tell us we must not hate, but it does tell us what we must do about it. And as a result, we will overcome all our hatreds — both of our fellows and of ourselves.