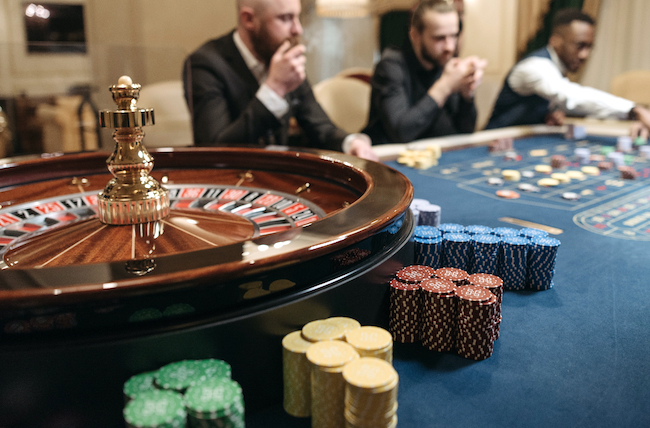 When a person sins to another, the other should not hate him quietly (lit., ‘and be silent’) as it is stated regarding the wicked: ‘And Absalom did not speak with Amnon either bad or good for Absalom hated Amnon’ (II Samuel 13:22). Rather, he is obligated to inform the other and say to him, ‘Why did you do such and such to me and why did you sin to me in this matter?’ [This is] as it is stated, ‘You shall surely rebuke your fellow’ (Leviticus 19:17). And if the other responds by asking him to forgive him, he must forgive him. The forgiver should not be cruel, as it is stated, ‘And Abraham prayed to the L-rd [and the L-rd healed Avimelech…]’ (Genesis 20:17).

This week’s law is a clear continuation of the previous. Last week we were taught that it is forbidden to hate one’s fellow in one’s heart. As we noted, one transgresses this only when the hatred is covert. When it comes out into the open, the transgression ends. In other words, it is theoretically not forbidden by the Torah to hate another and to tell him so, only to quietly hate him in one’s heart. (This is a matter of debate, but this is the Rambam’s position.)

And the idea, as we explained, is that the Torah cannot just tell us we must not hate. Such occurs in the course of human events — and often there’s not a whole lot we can directly do about it. But the Torah does instruct us how we must deal with our hatreds: Don’t bottle them up in your heart and let them fester. Approach your fellow and openly work out your differences. (Or alternatively, realize that you really don’t have anything concrete to say to him. He really never did wrong you. Your “hatred” was only the result of your own pettiness and jealousy.)

This week we are told virtually the same — that the Torah forbids hating one’s fellow in one’s heart. And further, continues the Rambam, we must instead confront the enemy: Step forward and ask our fellow why he acted the way he did. The result will hopefully be that our fellow will realize his error, apologize for it, and the apology will be accepted.

This by the way is evidently clear from the verse these laws are based upon. Last week the Rambam quoted the first half of Levit. 19:17: “You shall not hate your fellow in your heart.” This week he quotes the continuation of the same verse: “You shall surely rebuke your fellow.” At the same time as forbidding us to hate our fellow secretly, the Torah commands us to step forward and tell him why (provided, again, we have something constructive to say). For both parties will benefit if difficult feelings are aired, frankly and honestly.

The Rambam illustrates these principles with incidents in Scripture. Absalom, King David’s third son who would later rebel against his father, despised his eldest brother Amnon for raping their sister Tamar (see II Samuel 13). He refused to speak to him, whether good or bad. Bottling it up certainly did not defuse the situation. Two years later Absalom had his servants murder Amnon.

The second incident the Rambam quotes is from the story of Abraham and Abimelech, King of Gerar (Genesis 20). When Abraham came to Gerar, he claimed his wife Sarah to be his sister, and Abimelech promptly took her as a wife. (See Talmud Makkos 9a that Abimelech was hardly blameless in the incident.) G-d appeared to Abimelech that night threatening him with death for taking another man’s wife, and punishing both him and the women of the palace with a plague. After returning Sarah the next morning, Abraham prayed to G-d to heal Abimelech, which G-d subsequently did. Abraham thus immediately forgave Abimelech upon his wife’s return.

In future weeks G-d willing, we will discuss how one fulfills the mitzvah (commandment) of rebuking one’s fellow. (‘Rebuke’ really isn’t the word, but we’ll get there…) However, there is one important idea we should take note of already.

The Rambam concludes that if your fellow turns around and ask for forgiveness, you should graciously grant it. This seems straightforward enough. The Rambam in his Laws of Repentance (2:10) likewise rules that we should always be forgiving of our fellow and should pardon him when he asks for forgiveness. But I believe there is a much more important lesson here.

Thus far the Rambam has forbidden us to bottle up our hurts, but instead has required us to come out with them. Now coming out with them is a dangerous business, as we all know. And there are really two attitudes one may have in doing so: (1) “It hurts me to say this, but I feel we need to address and overcome this issue between us.” Or: (2) “Once and for all, I want to let you know what a jerk you are.” If you finally get it out and speak your piece to your enemy, are you really doing so to foster the relationship, or are you just finally getting up the nerve to give him a piece of your mind?

And so, the Rambam adds one more little detail — the most critical one of all: I must be prepared to actually forgive my fellow if he turns around and apologizes. If I just want to tell him off, forgiveness will be the furthest thing from my mind. I wouldn’t expect it — nor even want him to apologize at that point, undermining my resentful allegations. I just want to show him up for the lowlife he is after all he’s done to me. If, however, I really mean to resolve our differences, I will be prepared to work things out if my fellow actually regrets his actions and wants to start fresh.

Several years ago, a rabbi came to me to criticize me about a legitimate issue (that in itself was arguable, but he approached me with some justification). Very quickly, however, it turned ugly — as in name-calling ugly. It was clear to me (and to him after reflection) that his criticism was at least in part his way of letting off some steam over a related personal issue. (We patched this up long ago and get along quite well. Should be the worst issue I’ve had to contend with…)

And this of course exemplifies the true difficulty with this issue — one even rabbis can easily err in. The Torah obligates us to rebuke our fellow. A person approaching his enemy with such a mindset can readily convince himself he’s doing a mitzvah (good deed). But his “mitzvah” can just as easily be a front for something quite antithetical — openly telling one’s fellow off rather than only bearing a grudge in his heart. And such would clearly defeat the entire purpose of the obligation to come forth rather than hate discreetly. Probably better to hate in your heart than provoke (or prolong) open confrontation.

For this reason, the Rambam makes it clear that you must approach your fellow only when you’re truly ready for reconciliation. You must approach him in the interests of working out your differences and making up, rather than just fanning the flames with even more angry rhetoric. (And as we all know, we occasionally do approach (usually our spouses) with such in mind, but something goes sour along the way and it degenerates back into angry bickering.) And finally, if you know your hurt is too intense, I would wager that you should not risk it and approach your fellow at all. Wait until tempers have cooled and both parties are amenable to true rapprochement.

Finally, this is implicit in the end of Levit. 19:17, the verse we have been discussing. After stating that we must rebuke our fellow, the verse concludes, “and you shall not bear upon him a sin.” The expression is vague (purposely so, as the connotation-packed Torah quite often is), and we’ll discuss a few possible explanations G-d willing in future weeks. One idea, however, is that in rebuking your fellow, you must not bring upon yourself sin (“bear upon him a sin” would then mean “bear [upon yourself] a sin on his account”). Don’t, in the course of doing your “mitzvah” of telling him off, actually net one nasty transgression yourself. For as with many high-stakes actions (the sort Judaism is full of), such a confrontation can either be an terrible act of anger and vengeance, or a beautiful one of reconciliation and sanctification of the Divine Name.