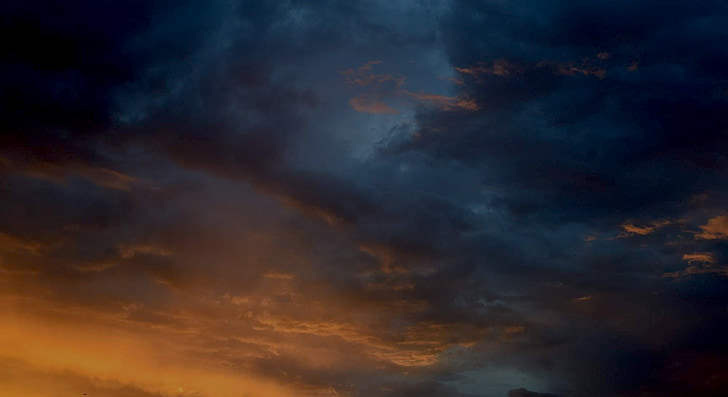 Among them (i.e., the twenty four factors which interfere with repentance listed in this chapter) are five things which lock the path of teshuva (repentance) before those who do them. They are:…

[Note: We translated and discussed the first four factors in the previous two classes.]

(e) One who hates words of rebuke, for behold he has not left for himself the path of teshuva (repentance), as rebuke leads to teshuva. [This is] because when they tell a person his sins and humiliate (‘machlim’) him, he repents, as as it is written in the Torah, ‘Remember, forget not [how you caused great anger to the L-rd your G-d in the desert from the day you left the Land of Egypt until your coming to this place], you have been rebellious [with G-d]’ (Deut. 9:7). ‘And the L-rd did not give you a heart [to perceive, eyes to see, or ears to hear until today]’ (ibid. 29:3). ‘[Is this how you repay G-d,] you foolish and unwise nation?’ (32:6).

So too did G-d command [Isaiah] to rebuke sinners, as it is stated ‘Call with your throat, do not be silent’ (58:1). And so too all the prophets rebuked Israel until they repented.

Therefore, every community of Israel is required to set up a wise man, great and aged, one who has feared Heaven from his youth, and who is beloved to them, so that he will rebuke the community and bring them to repentance. Whereas this one who hates rebuke will not come to the rebuker nor hear his words. Therefore, he will remain in his sins — which are in his eyes good.

In this law the Rambam lists people who make repentance very difficult for themselves. They have cut themselves off from the very sources which may have led them to improve. This week we finally arrive at the last example — one who hates rebuke.

As the Rambam explains, G-d and His prophets many times rebuked Israel for its wrongdoings. So too, every community must appoint a formal “rebuker” to publicly admonish the populace, goading them to better their ways. Likewise, one of the features of pre-war Europe was itinerant “maggidim” (speakers, orators) who would go from town to town delivering fiery sermons (for a fee of course — that’s how they supported themselves). At the same time, preaching and public speaking was not one of the duties of the community rabbi (other than a few times a year). His role was determining Jewish law and overseeing the town’s religious institutions (mikvah, eruv, kosher slaughter, etc.), as well as occasionally teaching some of the more promising local students.

One, however, who “hates” such constructive criticism will never improve his ways. He will not know what is wrong with him nor be a part of the community as it grows and improves.

One of the commandments of the Torah is Leviticus 19:17: “You shall surely rebuke your fellow.” If I see my fellow Jew sinning — whether to me, to another, or to G-d, I may not ignore it as none of my business. I am obligated to approach him and show him the error of his ways. The Rambam discussed this commandment at much greater length in his Laws of De’os (see 6:6-6:8; links can be found here; see especially 6:7a). The Rambam explained there that rebuke must be done gently and privately, making it clear to the rebuked that you have his best interests in mind.

We’ve discussed this important mitzvah (commandment) in the Laws of De’os and elsewhere at much greater length — how it is done, when should and should one not approach his fellow. The basic theme is that one should not even attempt a rebuke unless he sincerely loves his fellow and has his best interests in mind — not because he wants to let off some of his own steam. Even so, he should only approach his fellow if there’s a realistic chance his rebuke will do some good. Walking up to a complete stranger telling him what’s wrong with him is very unlikely to result in anything beneficial.

There is one basic point I’d like to repeat here. The word “l’ho’chi’ach” is typically translated as to rebuke. Translations from as nuanced and expressive a language as Hebrew almost invariably lose subtleties, but here the translation just utterly misses the boat. It’s true that the act of tochacha is telling one’s fellow what’s wrong with him. But the word more accurately means to prove. The goal of tochacha is not to tell one’s fellow off. It is to show him, to present him with the truth. It is enabling him to see for himself that his life could be more meaningful. Presently he is fooling himself, not living up to his potential, settling for illusory happiness. I’m not out to show him what a rotten Jew I think he is. I want him to see for himself just who he can be.

But it is deeper than this. My teacher R. Yochanan Zweig pointed out that the true root of ho’chi’ach is ko’ach — strength. L’ho’chi’ach, which is generally translated as to prove, is actually the causative of ko’ach and so means “to cause to be strong,” “to empower.” The true idea of rebuke is strengthening my fellow. And this is because there is no more empowering feeling than knowing what’s wrong with me. If I’m out of synch, not living up to my potential — and my friend comes and points out my faults, I am empowered. Now I know what I’m doing wrong; I see where the wasted energy is — and I can take off. Thus, rebuke at its highest is helping my fellow in the most profound sense. It is helping him see his faults and weaknesses and giving him the power to take control of his life.

All of this is a very nice introduction to a very important mitzvah, yet it has nothing to do with the Rambam of this week. The Rambam here talks about rebuke of a different sort entirely. The rebuke discussed elsewhere was a private obligation, in which a person’s close friend gently and delicately points out his personal flaws. Here the Rambam discusses a communal obligation — of appointing a rebuker to publicly and unashamedly reproach and humiliate (‘machlim’) the entire community. This is not a gentle mitzvah nor is it tailored to the specific faults of a single person. The Rambam in fact does not even mention Leviticus 19:17, the verse which commands us to rebuke our fellow Jew. What is this distinct public obligation and how does it work?

Early in the Book of Joshua (7), after the miraculous conquest of Jericho, the nation sent a small band of 3,000 troops to conquer the minor city of Ai. The soldiers met ignominious defeat, badly demoralizing the formerly undefeated nation. Joshua inquired of G-d and was told (indirectly) that the entire fault lay in the hands of one man — Achan, of the tribe of Judah, who secretly took from the consecrated spoils of Jericho. Achan was put to death and Israel continued its victorious streak.

There is one basic problem with this episode. Achan sinned, we understand, but why was the entire nation punished on account of it? Soldiers who had probably never heard of Achan before, let alone knew what he had done, died on the battlefield on his account. What was the justice behind this?

The Talmud (Sanhedrin 43-4) actually addresses this issue. Deuteronomy 29 states, “The hidden things are for the L-rd our G-d, and the revealed things are for us and our children forever to fulfill all the words of this Torah” (v. 28). The Sages understand this to mean that if one Jew sins openly (“the revealed things”), it is considered the fault of all Israel (“for us and our children”). We are all culpable for public sins, since all Jews are obligated for one another (Talmud Shavuos 39a). If, however, one Jew sins secretly (“the hidden things”), the rest of Israel is not held accountable. Rather, G-d Himself punishes the guilty individual (“for the L-rd our G-d”).

To this the Talmud asks, if so how do we understand the episode of Achan? That presumably was a private affair; he secretly stashed some of the booty of Jericho. And yet other Jews were punished on his account?

The Talmud answers: It was not entirely private since his wife and children knew of his deed.

This of course is not very satisfying. True his family was no doubt aware of his wickedness. But other Jews were not! How come they punished for his sins? What could they have done about it?

I heard secondhand from my teacher R. Yaakov Weinberg OBM the following principle. There are two types of tochacha / rebuke. There is the private obligation: “You shall surely rebuke your fellow.” This is a personal, intimate obligation between man and his fellow. If I see my fellow err, I must gently and delicately point out to him the error of his ways.

But there is an entirely different obligation, a public one — and it’s the sort the Prophets engaged in all the time. I am responsible for the spiritual well-being of the entire community. I must raise their morals and make them worthy of the Divine Presence dwelling among them. I am obligated to every member of Israel — not specifically when I see him do something wrong, but whenever I see that Israel is not living up to its potential. I must see to it that Israel is who it could be. I must see to it that the community maintains standards of ethics and decency that sins not occur — that an individual would be ashamed to stand out and act differently. And such is a public obligation. Every community in Israel must see to it that it has a spokesman who demands such standards from the congregation.

This was the fault of Israel at the time of Achan. Unless a person’s sin is entirely a matter of his heart, not known to a soul, his failing must be considered a lapse within Israel. And at the time, apparently, none of us were true enough to the Torah’s standards. The slightest lack of devotion on the part of the nation as a whole cause a breach on the part of a single member. We must have set a tone in which sin was possible. And in times of battle, when special Divine assistance is required to overcome our enemies, the smallest breach resulted in disaster.

This class is becoming lengthy so I’ll wrap this up quickly. “Rebuke” is not very popular nowadays. Sinners don’t want to be told what to do; potential rebukers don’t want to be nudges. Approaching our fellow telling him something is wrong with him is for the especially close and concerned friend. It does not occur often. Yet we have another obligation to Israel. Ideally it should be the public reproaching of the community. Sometimes that does work. It’s not pointed and personal; no one is put on the spot. And at times the public can take it. Yet there is something else we must all do, not through public sermons but through our behavior and the standards we set in society. We must build communities in which people truly appreciate good values, which people want to be a part of and fit in. And through this, without outright confrontation, we can create “a kingdom of priests and a holy nation” (Exodus 19:6).