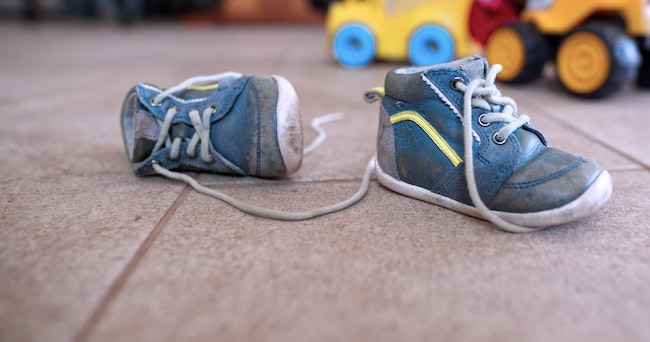 And among them (i.e., the twenty four factors which interfere with repentance listed in this chapter) are five things that it is impossible for one who does them to fully repent since they are sins between man and his fellow, and [the sinner] does not know [the identity of] the one he sinned to in order to return to him [what is owed] or beg his forgiveness.They are:

(a) One who curses the many. He did not curse a specific person in order that he can ask his forgiveness.

(b) One who divides with a thief (i.e., he buys stolen goods from him), since he does know whose stolen item it is. Rather, the robber steals from many and brings to him and he purchases. Further, he strengthens the hand of the robber and causes him to sin.

(c) One who finds a lost item and does not announce it until it is returned to its owner. Afterwards, when he repents, he does not know whom to return it to.

(d) One who consumes the goods (Heb., ‘shoad’, lit., ‘spoils’) of the poor, orphans or widows (for example by demanding payment for their loans, causing them to undersell their property). Such people are unfortunates who are unknown and obscure. They wander from city to city, not known to others (lit., ‘and they don’t have one who recognizes them’) in order that [such a person] would know whose goods these are so that he can return them to them.

(e) One who takes a bribe in order to pervert the law, [for] he does not know to what extent this distortion reached and the degree of its impact [on his decision] in order that he can return. [This is] because the matter has a basis (meaning, there are typically grounds for deciding in favor of the briber regardless). Furthermore, [such a person] strengthens the hands of this one (the briber) and causes him to sin.

In this chapter the Rambam lists different factors which make repentance particularly difficult. This week he discusses situations in which it is difficult to determine either to whom the person sinned or in the case of accepting a bribe, the extent of the damage caused.

I don’t have a whole lot to add to this week’s law which for the most part is self-explanatory. I will just add a few points of clarification regarding a few of the cases themselves, and then comment on the law in general.

(a) “One who curses the public:” Cursing a large group of people makes it virtually impossible to apologize to everyone involved and to make proper amends. R. Yisrael Meir Kagan (1838-1933; known as the “Chofetz Chaim,” considered the spiritual leader of Eastern European Jewry in the late 19th and early 20th centuries) notes that the same is true regarding gossiping about large groups of Jews or segments of Jewry. Maligning say, Sephardic Jews, Hungarian Jews, Chassidim, etc. too creates a negative perception very difficult to correct. The Talmud (Jer. Talmud B”K 8) likewise states that one who speaks of the flaws of an entire family will never achieve atonement (Chofetz Chaim 4:12).

(b) “One who divides with a thief:” The Sages equate purchasing from a thief to stealing. To quote the Talmud’s expression, “The mouse doesn’t steal; the hole steals!” (Kiddushin 56b). Having a ready market for his stolen wares (or his pirated software, untaxed merchandise, etc.) enables the thief to carry out his crimes. We should never say another person’s sins are none of our affair. Aiding and abetting a criminal is a Torah offense all the same – and a very difficult one to undo.

(e) “One who takes a bribe in order to pervert the law:” The Torah forbids the acceptance of bribes (Exodus 23:8, Deuteronomy 16:19). Once a litigant has given the judge a little “contribution”, it is impossible for the judge to view him objectively. A judge must be totally impartial to adjudicate properly. Once he has received a bribe, he will either be unfairly partial to the briber (if that’s a word), or he’ll bend over backwards in the interests of impartiality and will end out deciding unfairly against him. Thus, it is almost impossible to determine the extent of damage a bribe has done and to properly atone for the injustice caused. (This might be compared to a Jew who attains governmental power – many of whom became overly anti-Jewish in order to combat the claim of partiality towards the Jews or Israel.)

In a more general sense, I and I’m sure many of my readers find this law particularly disturbing. Take the first example — one who curses or maligns the many. Throughout the year how many derogatory statements have we made against others? Who were they? What did we say about them? When the High Holidays arrive and we’d like to somehow make amends, how do we even begin to address all of our faults? The Rambam taught us at the very start of these laws that one of the prerequisites of teshuva (repentance) is confessing the sins we have done (1:1). Even apart from badmouthing others, do we even know what sins we’ve transgressed over the course of the year? Yet to truly atone for them we must regret and confess them all. How do we even begin?

Thus, many people view repentance as a hopeless endeavor. There is no way we’ll really clean our slates. A natural psychological defense mechanism in such situations is to bow out entirely. “I know I won’t do more than a second-rate job to begin with. Therefore, I won’t even try. Why do something I know from the start I’ll be lousy at?” Who wants to admit he’s a failure? Instead, laugh off all your faults and forget the whole darned thing.

There are two important responses to this. First of all, the Talmud itself makes practical provisions for the difficulty of teshuva. The Talmud states that one who stole and does not know from whom he stole should involve himself in the needs of the community (Bava Kama 94b). True, he does not know precisely whom to pay back or apologize to, but volunteering for community service (or supporting institutions which benefit the many, such as the local school) is a general means of atoning for harm inflicted upon the community at large. The Sages recognized the need for alternate means of teshuva for those who could never manage it on their own.

But there is a more fundamental message here. There are many Jewish outreach organizations which are quick to make the following statement (one which, incidentally, I totally disagree with): “Judaism is not all or nothing.” Their point is that one should never give up entirely because he cannot do it all. Most folks view Judaism as a very demanding religion, one which governs every aspect of our lives and behavior. Now, no one wants to be told what to do all the time — to have their lives under constant supervision and surveillance. Therefore, they don’t touch it at all. They get scared off before they even begin. Better to try some less taxing religion (or denomination of Judaism) and sate ourselves with some pleasant generalities, or at least no more than once-a-week devotion.

Thus, outreach organizations are quick to point out that Judaism should not be viewed as “all or nothing.” Try out a bit here and there and see how you like it. Try putting on tefillin, listening to a lecture, coming for a Sabbath meal. But don’t run away before you’ve even tested the waters.

Pardon my saying it, but from a technical standpoint this position is an outright fallacy. Say I were to come to G-d and say the following: “Gee, 613 mitzvos (commandments) is much too much! I just really like shellfish and don’t want to part with it. But, say like this: I’ll keep the other 612 mitzvos to the letter and will just leave that unwanted 613th off to the side. Hey, I’m still pretty good – 612/613 is over 99%!”

Well, we learned before the fate of someone who refuses to accept a single commandment, acting as if it does not exist (3:9). If done out of spite (and according to some opinions, even out of weakness), such a person has no share in the World to Come. He is no servant of G-d. As we explained back then, a servant does not tell his master what he will and will not observe. Judaism is all or nothing, to be frank about it. You’re either G-d’s servant or you’re out – 100%.

Yet there is a profound truth behind this credo of outreach organizations. If I observe 612 mitzvos (commandments) and reject the final, I have written myself off entirely. I have not accepted G-d’s yoke. Even what I do observe is my own affair, bringing me no closer to G-d and the hereafter.

However, let’s say I do not openly reject anything. I’m just not ready to do it all. It’s just too much. I’m not prepared to utterly change my life just yet (or even for quite some time). Okay, but observe something! Whatever you observe will earn you eternal life. Not sure if you really see yourself becoming fully religious? Don’t worry about it! Every good deed brings you closer to G-d. Don’t fall into the Evil Inclination’s trap of claiming that since you can’t be perfect, there’s no point even trying, that you’ve been so wicked in the past there’s no hope for you. Or since you know you haven’t weaned yourself from sin X, you are vile and disgusting in G-d’s eyes and it would be hypocritical serving G-d in other ways. All of this is just your good ol’ Evil Inclination trying its darnedest to keep you from the growth you’re on the verge of achieving.

This is thus one of the great messages of Judaism. So long as we do not openly reject any of G-d’s commandments, our every act of service and devotion is absolutely precious to G-d. There is nothing hypocritical about not being perfect, even of having faults you know you’re not ready to address yet. None of us are perfect, as far as I know (you can correct me if I’m wrong), . We all tolerate faults within ourselves. Yet we try our best; every good deed counts. One day, every one of us will stand before G-d in judgment. Our every action will be reviewed and judged. And when we’re there we will be so blessed thankful for every good deed we did do — every time we didn’t listen to our evil inclination’s hollow cry of “hypocrisy!”. For as fault-ridden as we may be today, we must never pass up the opportunity to do every bit of good we can. For whatever we feel about our imperfect selves, G-d never gives up on us. We must not either.