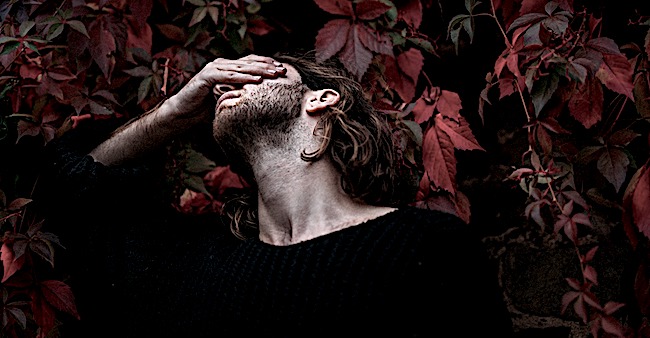 Know that the answer to this question is longer than the land and wider than the sea, and many great fundamentals and lofty mountains depend upon it. But you must know and understand the [following] matter which I state.

This is as the prophet stated, ”For My thoughts are not as your thoughts, and your ways are not as My ways,’ says the L-rd’ (Isaiah 55:8). And since this is so, we do not have the ability to know how G-d knows all the creations and their deeds.

However, it is known without doubt that the deeds of man are in his hands, and G-d neither draws him nor decrees upon him to do such and such or not to do such and such. And not only from a received tradition is this known to us, but with clear proofs from works of wisdom. On account of this it was stated via prophecy that man is judged for all his deeds according to his actions whether good or bad. And this is the fundamental upon which all the words of the Prophets are based.

In this law, the Rambam discusses one of the primary philosophical difficulties with the concept of man’s free will. If man truly has the ability to decide his fate, the future must be indeterminate. What my future holds must still be up in the air, since it is up to me to decide what I will do.

This, however, conflicts with the notion of G-d’s infinity, an even more fundamental premise of Judaism. If G-d is perfect and all-knowing, how can we say man’s future is up for grabs? G-d knows what I will do tomorrow, whether I will choose good or bad! How can we truly say I have free will? I must do what G-d already knows I will do. How do I truly have a choice?

Before I begin, I should note that this quandary was the focus of a mishna in Pirkei Avos (3:19): “Everything is foreseen, yet free will is given.” The Sages recognized how vexing an issue this is, and so established — without further elucidation — that as difficult as it is for us to comprehend, the two concepts coexist.

In a simple sense, when I first heard this question around 40 years ago, I thought the answer was quite simple. Just because G-d knows what I will do does not mean He makes me do it. He just knows the decision that I will ultimately make.

When we think about this more deeply, however, this is not really sufficient. Much greater personages than my high school self (no matter how well I did on my SAT’s) have been plagued by such issues. Somehow, as soon as G-d knows with certainty what I will do, I really no longer have a choice whether or not I will do it. It is already decided. There is nothing I can do about it except follow the pre-written script of my life.

R. Avraham ben Dovid of Posquieres, known as the “Ravad” after the initials of his name, was one of the foremost Torah authorities of 12th century Provence (southern France). Among his many scholarly works is a collection of critical glosses he wrote on the Rambam’s Mishne Torah (the work we are studying now). On this law, the Ravad makes the following comment (paraphrased).

The author did not accustom himself in the ways of the wise, for a person should not start a matter if he does not know how to conclude it. He, however, raised a question and left the matter with a difficulty, stating rather that we must accept it on faith. He would have been better leaving innocent people to their innocence, rather than stirring up their hearts with doubt. Perhaps one time skepticism will enter their minds on account of this.

The Ravad then proceeds to offer his own suggestion (which I won’t discuss) — though admitting himself that his answer is hardly adequate.

The Ravad thus feels that the Rambam should not have even raised this issue if he could not fully address it. Why muddy up formerly innocent minds with such philosophical conundrums? All it will do is get our brains tangled up in unanswerable questions, perhaps even causing us to wonder if the whole thing makes sense to begin with. Such mental flights of fancy will gain us absolutely nothing — and may lose us everything.

I’d like to offer two responses to the Ravad. The first was made by my teacher R. Yochanan Zweig. The latter is my own humble suggestion.

R. Zweig observed that the Ravad felt that the Rambam basically just admitted the issue is unanswerable. If so, asked the Ravad, why muddy the waters? In truth, however, the Rambam is answering. He explains that G-d’s knowledge is not like man’s: He and His knowledge are one. How is that distinction relevant? The point is that G-d is infinite and above time. G-d exists in a realm where time — as well as space — do not exist. They are no more than G-d’s creations to begin with. Thus, when G-d knows the future, it is not the “future” He knows. His knowledge — which is a part of Himself — exists only in G-d’s infinite realm. It has not yet entered the realm of time and so what He is aware of cannot even be termed “future”.

Say, for example, I would be told that my every future action is written down in a book sitting on a bookshelf in Buenos Aires. I would have no free will. It may be in a place I will never go near, but the knowledge exists and is recorded in this world. Anyone else can pick up the book and “know” what I will do tomorrow. (Hopefully, it will not be a very exciting book. Over the years, I’ve come to realize that a “boring” life is the best life.) Thus, my future is not indeterminate but a determined course of actions which I must do, whether I wish to or not.

By contrast, what G-d knows I will do tomorrow is not knowledge which has entered this world. G-d exists in a realm unbounded by time or space. What G-d knows about the future is not knowledge about the future. It is knowledge on a level at which there is no time — as inexplicable that is to the human mind. And so, what G-d knows is not “known” in any sense we can comprehend — and thus in no way contradicts man’s free will. There is no book that says, “Tomorrow Dovid Rosenfeld will do X.” It says, “This is the sum total of who Dovid Rosenfeld is / was / will be” — none of those tenses actually meaning anything in G-d’s world.

Therefore, it is true that the Rambam admitted that this answer is not really understandable to the time-bound human brain. But as he makes clear, there is an answer. It is just that just as man cannot truly understand G-d, he cannot truly comprehend G-d’s wisdom (also a part of Him). But as a matter of fact, it does help knowing just what it is we cannot understand!

An important consequence of this principle is our understanding of prophecy. When a human being receives a prophecy from G-d, what has happened is that G-d’s knowledge of the future has departed G-d’s infinite Self and entered the realm of man. At that point, it is determined knowledge. It is a future which must come true — whether we cooperate with it or not. It has to happen because the future has already been stated.

(Note however, that often prophecies are purposely vague and poetic, leaving room for their fulfillment in any number of possible ways. See also the Rambam in the Laws of the Fundamentals of the Torah 10:4, who states that a negative prophecy — that some tragedy is destined to occur, can be averted through our repentance. Although as things stand, such punishment is destined to occur, if we repent beforehand G-d will reconsider and decree a different future for mankind instead. In fact, the very purpose of such prophecies is to stir us to repent before disaster strikes.)

I have a brief comment of my own to add. The Ravad was bothered by the fact that the Rambam raised a question which he felt the Rambam could not adequately answer. And so, continues the Ravad, it would have been better not to raise the matter at all. Now I wonder about that. I’m just not so sure that as inquisitive human beings we can be satisfied with not even raising difficult questions. It is not in our nature to just blissfully ignore the pondering of our existence, the difficulties of the world. If there is a G-d, how can there be evil? How could G-d have allowed X to happen? Did He will it? Did He control it? Did He know about it? Does He care? Does G-d have a plan for humanity? Why did He create such a world knowing it would contain such evil and injustice? Of course we’ll ask questions we cannot answer. Of course we’ll go beyond what man is supposed to fathom. But that’s just how we are. We cannot live any other way. And I don’t think G-d would have chosen us as His special nation if we were any different. We want to know. We want to understand. We want to make sense of the world, to feel good about the universe and our place within. We cannot just distract ourselves all the time, going through life with blind, mindless faith. Our minds will be plagued with unanswerable questions. And we will not rest.

In the Book of Koheles (Ecclesiastes), King Solomon is eternally plagued by the injustices he finds in the world. He, wisest of all men, attempts to make sense of the way G-d allows the world to run and finds nothing but frustration. The world is beyond our understanding; the more we attempt to unravel the more frustrated we get. He rather advises that we live in blissful indifference to such matters: “Enjoy life with the wife you love all the days of your emptiness that He has granted you… for that is your portion in life and in your toil which you exert beneath the sun” (9:9). Just do your job and live out your life. Be thankful and enjoy what you have. But don’t try to make sense of the world. If anyone could have, it was me — and I failed miserably.

In one of many verses, King Solomon expresses his terrible frustration at the end of the first chapter: “I applied my mind to know wisdom and knowledge… I knew that this too is a vexation of the spirit. For with much wisdom is much frustration, and he who increases knowledge increases pain.” The more we know the more frustrated and overwhelmed we will be. Far better to be blissfully ignorant.

One of the greatest and most insightful of the Hassidic Masters, the Kotzker Rebbe, added a very few words to Solomon’s despair: “But even so!” That is just how we are. Yes, we must recognize our limitations and once in a while know when is time for silence (ibid., 3:7). But when all is said and done, we can be no other way.