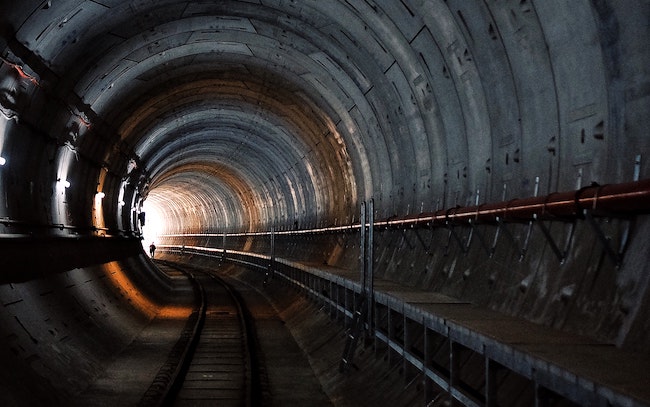 The reward of the righteous is that they will merit this bliss and be in this perfect state (lit., ‘in this goodness’). And the punishment of the wicked is that they will not merit this life but will be cut off and die. Anyone who does not merit this life is considered dead, whose life is not eternal but who is cut off in his wickedness and perishes as an animal. This is the excision (Heb., ‘karais’) written in the Torah, as it is stated, ‘Cut off, shall be cut off that soul; its sin is in it’ (Numbers 15:31). From our tradition [the Rabbis] have learned (based on the fact that cut off is written twice in the verse), ‘cut off’ — in this world; ‘shall be cut off’ — in the World to Come. Meaning, that soul, which departs its body in this world, will not merit life in the World to Come, but will be cut off from the World to Come as well.

For the past two installments I have been giving an overall introduction to some of the topics the Rambam will discuss in this and the coming chapter. In Part 1 we discussed what happens to a person after he dies — his judgment, his period of purgatory, and ultimately his receiving a share in the World to Come. In Part 2 we talked about the end of the world on a grander scale — the period of the Messiah and the events leading up to it. This time I would like to complete our discussion of the End of Days and reconcile it with the fate of the individual after he dies.

Last week we saw that the Messiah will usher in a period of worldwide peace and knowledge of G-d. The Messiah himself, scion of King David, and his descendants will rule over the Children of Israel in a much larger Land of Israel. All of mankind will live in peace and harmony, paying homage to G-d and His nation (see e.g. Zechariah 14). They will come to Israel to study G-d’s word; they will beg us for the honor of serving us (see Bamidbar Rabbah 3:69). And — in striking contrast to most of our exile — we and all of the nations will be able to serve G-d undisturbed. No one will question the truth of Judaism. We will know and understand clearly G-d’s will; prophets will again walk the earth to instruct us. The world will reach a perfected state, a heavenly state. It will become a true reflection of the G-d who created it.

At the end of 6000 years, two things will occur. The first is that the Final Judgment will be visited upon mankind. All of mankind, both the righteous and the wicked, will be resurrected. The worthy will be judged favorably and live forever, while the wicked will rise only to be utterly destroyed. (The most explicit verse pertaining to this is probably Daniel 12:2: “And many of those who sleep in the dirt of the earth will rise, these to everlasting life and these to shame, to eternal abhorrence.” The Book of Daniel is not generally known for its readability (to put it mildly), but nothing unambiguous about that verse.)

After the judgment, the world as we know it will be destroyed. It will remain in that state for 1000 years until it is renewed on a higher state — akin to the state of the world when man resided in the Garden of Eden. (The Talmud (Brachos 34b) actually states that Adam dwelled only in the Garden; we will be in Eden itself.) The righteous will then return to life (how physical the life will be is the subject of a future lecture), and dwell eternally in a blissful, perfected state. The Sages often depict it as man “strolling together” with G-d in Eden (e.g. Rashi to Leviticus 26:12).

The Talmud (Sanhedrin 97a) observes that this 7000 year cycle of the world parallels the 7-year Sabbatical cycle. Just as we till the earth for six years and leave it fallow on the seventh, so too the world will toil for 6000 years and rest on the final millennium. Similarly the Midrash (Vayikra Rabbah 29) notes that all of this parallels the 7-day workweek, and so too seven Sabbatical cycles culminate in the Jubilee year. Thus, the world functions in multiple cycles of seven. (I have likewise seen brought down from one of the commentators that even the 7000-year cycle will repeat, as G-d will continually create and recreate the world — even possibly that we ourselves are in one of the later of the 7 cycles of 7000 years.)

Beyond this, there is not much more I can write about this final state of man — for the simple reason that we were not given even the vaguest description of that state. It is wholly and utterly beyond the ability of physical man to comprehend. Likewise, the Talmud (Brachos 34b) states that all the prophets prophesied about the era of the Messiah alone. Regarding the World to Come, however, “An eye did not see it, L-rd, other than You, what He will do for those who look to Him” (Isaiah 64:3). It will be the ultimate state. And in a way, it’s good that we cannot even begin to comprehend it. If it would be something puny man could relate to, it could hardly be the ultimate good — or very good at all, for that matter.

I would now like to back up a bit. What we have seen thus far is that there are two “ends” every person encounters — immediately upon his death, and together with all mankind at the End of Days. Each end culminates with a judgment and (hopefully) an admittance into the World to Come. What should be clear by now is that the two “Worlds to Come” are not identical. The first is clearly not the final destination. Mankind and the world must pass through a final climactic phase before the ultimate stage is reached. The world will have to be destroyed and recreated to be readied for this final state. It will be reality on an entirely different level.

The “personal” World to Come each of us will merit after his death is a very different experience. In fact, Jewish thinkers generally do not refer to it as the “World to Come” but as the “World of Souls” (olam ha’neshamos) — the place where souls reside between their deaths and the Resurrection. It will be nice, to be sure, but it will primarily be a holding pattern for the worthy souls, until the universe can be readied for its ultimate state.

R. Moshe Chaim Luzzatto, great Italian philosopher and ethicist of the early 18th century, in his work _The Way of G-d_, discusses the role of the World of Souls. He states firstly that it is not at all the final state of man. The highest state will be a union of spiritual and physical. The physical world will be recreated in a higher state — one which is a complete reflection of and in total harmony with the spiritual. Man’s spiritual side will be so powerful and ascendant that it will entirely permeate and sanctify his physical. Man will be a whole entity — physical and spiritual — living on the ultimate level or reality.

The World of Souls, by contrast, will be entirely spiritual. As our bodies decompose in the grave, our souls will ascend to Heaven, enjoying the pleasures of the soul. And this is no small matter. As R. Luzzatto explains, our souls are positively stultified within our bodies. Attachment to so lowly a physical form makes it impossible for our souls to truly thrive. They are hamstrung, unable to realize their potential. To use R. Luzzatto’s language, they cannot shine in their true radiance so long as they are trapped within this world.

Once our spirits enter the World of Souls they will be able to achieve their true greatness. They will bask in the Divine glow and realize their full potential. (The Sages often refer to the souls in heaven as learning Torah on the highest level — enjoying the closest bond with God attainable. It will be blissful — no mere academic exercise, but as we’ve written in the past, to a great degree it will depend on how appreciative we grew of G-d’s wisdom in our lifetimes.)

Finally, writes R. Luzzatto, this state will be an important prerequisite for the final World to Come. Unlike when they’re in the physical world, our souls will reach their highest, most perfected state in the World of Souls. And as a result, when the Resurrection does occur, they will be ready to embark on their ultimate task — purifying their bodies to the highest degree. By first perfecting themselves in the World of Souls, our souls will be prepared to begin the final process of self-perfection in the true World to Come.

Okay, we’ve outlined the process fully enough by now. I would now like to conclude with a few words about the Rambam himself. The Rambam here seems to describe the World to Come as a simple yes/no proposition. You either make it in or your soul is destroyed.

The commentators (who get quite lengthy on this matter) note that the Rambam is clearly talking about the final stage of existence. As we’ve discussed — and the Rambam himself discussed in the third chapter, every individual stands for judgment immediately after his death (as well as every year on Rosh Hashanah). Now that judgment is much more nitty-gritty. It is not pass-fail; every act is judged and rewarded or punished appropriately. The wicked will suffer purgatory for a time and will then join the righteous in Heaven (in their much humbler station). (The utterly wicked will suffer the torments of Hell for all their sins, and it will not be followed with their entrance into Heaven. They will float around in the world aimlessly, in abeyance, until they are utterly destroyed after the Resurrection.)

The final judgment, by contrast, will be the ultimate. There will be no last chances. We will either merit it or be utterly destroyed — and presumably a hairsbreadth of merit divides the righteous from the wicked. The commentators do point out that even there, there will be levels of closeness — naturally depending upon how well we lived our lives. Yet it will be the final decision and final destination, with no appeals, no chance for clemency, and too late for remorse. As the Sages state it, “Today to do [the commandments], and tomorrow to receive their reward (Talmud Eiruvin 22a). Let us be prepared; the clock is ticking.