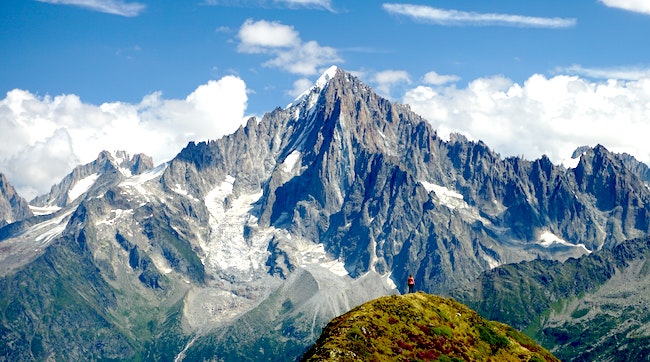 In the World to Come there will be no bodies and physical forms, but only the incorporeal souls of the righteous — just like the angels of [G-d’s] service. Since there will be no bodies, there will be no eating, drinking, or any of the things which human bodies require in this world. Likewise, none of the matters which are relevant to bodies in this world will be relevant to it — such as sitting, standing, sleeping , death, sadness, laughter, and the like. So too did the early sages say, ‘The World to Come does not have eating, drinking, nor sexual relations. Rather, the righteous will sit with their crowns on their heads, basking in (lit., ‘benefiting from’) the shine of the Divine Presence (‘Shechina’) (Brachos 17a).

It is thus clear that there will not be bodies there, as there is no eating and drinking. And that which [the Sages] said, ‘the righteous will sit’ was metaphorical, meaning, the souls of the righteous will be found there, without work or effort. So too that which they said ‘their crowns will be on their heads,’ the intent is that the knowledge that they have acquired [in their lifetimes], that on account of it they merited life in the World to Come, will be with them. This is their ‘crown’, as the matter which Solomon said, ‘with the crown which his mother crowned him’ (Song of Songs 3:11). (Note: In the eyes of the Sages, the entire Song of Songs is a metaphor depicting G-d and Israel’s relationship and reciprocal love.) And in fact, it also says, ‘and eternal joy on their heads’ (Isaiah 51:11). [Now,] ‘joy’ is not physical that it may rest on a head. So too the ‘crown’ which the Sages referred to here means knowledge.

What is [the meaning of] that which [the Sages] said, ‘basking in the shine of the Divine Presence?’ That they will perceive and comprehend the truth of the Holy One, blessed be He, which they cannot know while they are in a dark and lowly body.

For the last few weeks we have been discussing several of Judaism’s most fundamental beliefs regarding the afterlife, the World to Come, and the Resurrection. We presented the basic outline of mankind’s future — both what occurs to a person after he dies and what (roughly) will occur at the End of Days.

As we explained, as soon as a person dies, he stands before the Heavenly Tribunal in judgment for his behavior during his lifetime. This will generally result in some degree of purgatory in Hell followed by the soul’s entrance into the World of Souls. This is not the final World to Come, but a blissful state for the soul until it is later reunited with its body before the Final Judgment.

A similar process will occur on a cosmic scale at the End of Days. First, the world will reach its perfected state with the Messiah’s arrival. The world over will recognize the G-d of Israel. We will rebuild the Temple and oversee the nations. Peace will reign. Mankind will at last be free to serve G-d truly and turn the world into a reflection of the One who created it.

This period will end at the year 6000 with the Resurrection of the Dead. All of mankind will rise for judgment — some to live eternally and some to be destroyed utterly. After the judgment the world as we know it will be destroyed — to be recreated in a higher state at the end of a 1000 year period. At the end of it, the worthy, who will then exist as body and soul united, will be ushered into the recreated world — a future Eden — to dwell with G-d eternally.

What I have just outlined is the basic scheme of the future according to virtually all the major Jewish philosophers. Maimonides appears to be the exception. He describes the World to Come here as entirely spiritual. There will be no physical bodies nor any of the phenomena relevant to physical man today. Man will be entirely spiritual, a pure soul basking in the presence of its Creator. (It is not even clear if spatial directions are meaningful in an entirely spiritual existence. Will we be “close” to G-d in the sense which comes to our minds today?)

I won’t spend a lot of time reviewing the many sources other thinkers marshal in challenging the Rambam. A few points, however, are clear. First, the reality of a future Resurrection is crystal clear from both Scripture and the Talmud. It is inconceivable that the Rambam, or any traditional thinker, would question it.

Thus, it is inconceivable that the Rambam disagrees with the basic destiny of man as outlined above. The Talmud writes clearly that the world will endure for 6000 years, culminating in its destruction and recreation in higher form. Yet even so, the Rambam hardly mentions the Resurrection in his writings here, and he certainly makes it clear — both here and in his Essay on the Resurrection — that the ultimate state of man will be entirely spiritual.

To my knowledge, there are two approaches to reconciling the Rambam with the earlier sources. The standard one is that the Rambam does agree that a Resurrection will occur, but sees it as a temporary stage. After the final judgment, man will first be inducted into Eden, to a heightened physical existence. But afterwards, that stage will pass and the ultimate reward — spiritual existence in the true World to Come will begin. It is not clear what purpose this earlier stage will fulfill — why man must first be rewarded physically before he can receive his true reward.

My teacher, R. Yochanan Zweig suggested an important variation to this approach. The Rambam believes that the Resurrection will be a temporary stage, followed by an entirely spiritual World to Come. Perhaps, rather than the first stage ending and the second beginning, what will actually occur is that the first stage will lead into the second. The meaning is that the future world will begin as a physical realm, with man entering Eden in a loftier physical form. However, from there will begin a process of sublimation. We will slowly sanctify our physical sides, until they too reach the level of the spiritual. Thus, man’s physical Resurrection will culminate with the entirely spiritual World to Come, rather than one ending and the other beginning.

I actually do not really know what it means for our physical sides to become spiritual. Will our two sides be identical, indistinguishable from one another? Or will our physical side somehow retain some of its unique qualities — whatever they will be at that point? No doubt there is no way we can know in our present state.

One point which I do find intriguing about this is that this makes clear that no part of ourselves is in vain. Rather than our physical bodies becoming useless appendages when our souls are ready to shine, they too will become sanctified. Our bodies too will have their place in the World to Come. And this gives us an entirely different perspective about our physical side. Man’s physical is not an evil challenge to spirituality, to be rejected and discarded when we are truly ready for G-d. Rather, it too is purposeful — and so inherently good. No part of G-d’s creation exists solely to be quashed and repressed. Every part of us — from our highest to “lowest” — will ultimately be worthy of the Divine Presence. And we must live our lives today with that realization.