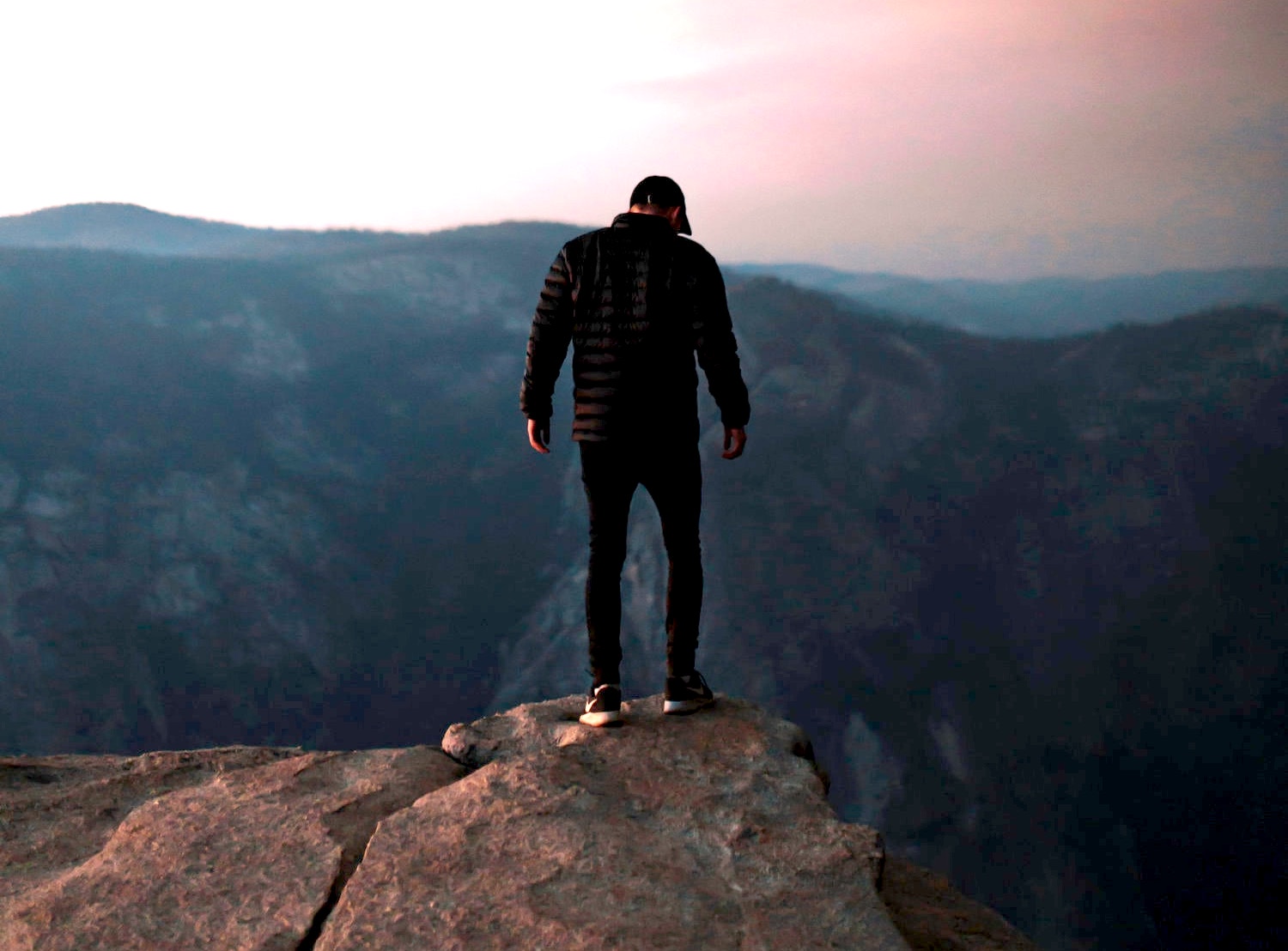 Chapter 3, Law 6 – From the Brink of Destruction

The following are the ones who do not have a portion in the World to Come, but rather are cut off, perish, and are judged for their great wickedness and sinfulness eternally. (1) Agnostics; (2) Heretics; (3) Those who deny the Torah; (4) Those who deny the Resurrection; (5) Those who deny the arrival of the Redeemer (i.e. the Messiah) (6) Apostates; (7) Those who cause the many to sin; (8) Those who separate from the ways of the community; (9) One who sins unashamedly (lit. ‘with a high hand’) and publicly such as Yehoyakim (Jehoiakim); (10) Those who give over [Jews to Gentile authorities]; (11) Those who place fear on the community not for the sake of heaven; (11) Murderers; (12) Those who regularly engage in evil speech (lit., ‘masters of evil speech’); (13) One who stretches out his circumcision (making him appear uncircumcised).

As we’ve seen in past laws, virtually all Jews — as well as righteous Gentiles — are granted a share in the World to Come. G-d’s entire purpose in creation was in order to grant man reward. He thus goes to every extent to find merit in His subjects. Although the sinful must certainly be punished for their wicked deeds, after all punishments are endured and atonement achieved, they too will be granted a humble yet tangible share in the hereafter.

This week the Rambam teaches us that this principle only goes so far. There are people simply not suited for closeness to G-d — either because they knowingly rejected or ignored G-d’s plan for humanity or because they were just irredeemably evil.

Over the next several weeks the Rambam will discuss most of the listed categories in further detail. So for now we will hold off on attempting to define “apostate” versus “heretic” etc. There is a great deal more to be said — although again, most of the categories boil down to “If you really don’t want G-d, you’ll get your wish.”

Beforehand, however, I feel we should address one general issue which is actually very bothersome to me. Perhaps once upon a time, a heretic was really a heretic. He knew who G-d is, what Israel stands for, and our obligation to the Almighty — but rejected it all anyway. Such a person could truly earn the title “heretic”. He knew what it was he was rejecting — and would be judged accordingly.

Today, however, the situation is drastically different. My maternal grandfather, a great Hassidic rabbi (R. Zvi Elimelech Hertzberg, a rabbi and community leader in mid-20th century Baltimore), used to bemoan the fact that we don’t have true “apikorsim” (heretics) nowadays. In his day (and certainly today) most folks who claim they are atheists actually have precious little idea what they’re talking about. They know so little about Judaism that, far from heretics, they would have to be dubbed plain old ignoramuses (“ahm ha’aratzim”). (And in fact, if they actually knew what they were rejecting, I somehow doubt they would so readily dismiss their millennia-old heritage.)

(My uncle Rabbi Arthur Hertzberg (my grandfather’s eldest son, of blessed memory), relates that when he began to veer from the path of Orthodoxy, (he would later graduate from the Jewish Theological Seminary to become a well-known Conservative rabbi), my grandfather handed him a small pile of heretical books, translated into Yiddish (he was surprisingly well-rounded for a Hassidic rabbi), telling his son that if he really wanted to become a heretic, at least be a learned one!)

With all of this in mind, there is something profoundly disturbing about most of the coming laws. Let’s take a moment to look at the profile of the typical Jew today. He may well not even know he’s Jewish (or half-Jewish). If he does, his knowledge of and involvement in religion is likely pitifully scant. At most he perhaps had a few quickly-forgotten lessons before his Bar Mitzvah. Perhaps his parents dragged him to synagogue twice a year for High Holiday services. If he observed anything — such as not eating pork in the home (somehow pork is more permissible outside the home), it was likely viewed as a burden — by child and parents alike.

Now such a person has probably never even heard that G-d gave Israel the Torah at Sinai, let alone had the opportunity to study Judaism’s fundamentals in depth. If so, how can he be expected to truly know who G-d is, to believe in the coming of the Messiah, to accept that every word of the Torah is sacrosanct? I know from the many non-religious Jews I have been in contact with over the years that even many quite sincere ones, who want to grow in their Judaism and Torah knowledge, have literally never even heard of some of the Torah’s most fundamental principles, such as the existence of the World to Come. (It’s somehow gotten into people’s heads that it’s a Christian innovation, I haven’t the faintest idea how.) (Even more pathetically, such people’s entire impression of observant Jews, Israelis, etc. is likely shaped by a biased media, hopelessly warping the little knowledge of Jews and Judaism they have.)

My question is therefore how does G-d judge such people? Is He really going to destroy them for not accepting the fundamentals of Judaism? But how can they be faulted for that which they were never given the chance to study and accept? On the other hand, could G-d actually reward people who might not even have believed in Him? Even if it was not their fault, they can hardly be called G-d’s servants.

One relevant point I can add is that many contemporary authorities state that people today who are nonbelievers or wholly unobservant are generally not viewed by us as heretics. The assumption is that their lack of belief is due to lack of knowledge rather than outright rejection. (Some want to extend this even to people who were raised religious but who clearly did not truly get it.) Undoubtedly G-d too understands that the rejection of the Torah on the part of most of world Jewry stems from plain ignorance rather than wanton repudiation. Yet again, even so, what does G-d do with such people? Perhaps He doesn’t hold their lack of belief against them but presumably neither can He reward them.

To be honest, I don’t have an answer to this dilemma. The only feeble suggestion I can make is that G-d attempts — using all means at His disposal — to give every Jew an opportunity to find out about his or her heritage. G-d tries to reach every one of His children. Of course there are quite a few of them and much apathy and many misconceptions between them and the truth. Yet G-d never gives up on us — in spite of the huge distance which must be spanned.

Perhaps we can also invoke the Kabbalistic concept of reincarnation — that G-d will eventually give such souls a second chance: the opportunity to be raised in a committed, religious home. (I even once heard a rabbi suggest that this is G-d’s reason for granting the Orthodox such enormous families today. This is almost His only chance — working behind the scenes in a way only He can — to reintroduce the masses of Israel to their G-d.)

The Talmud at most hints to the concept of reincarnation. (Several times it makes such statements as “A, B and C were all the same person” (even though they had different names, were born to different parents, and lived in completely different times). Either A enjoyed unusual longevity and underwent a few schizophrenic changes of identity, the Talmud only means to equate A, B and C in their characters, or the intention is that the soul of A came back to earth a few more times.) Regardless, the concept of reincarnation is well-established in Kabbalistic sources. Perhaps as we suggested, this is G-d’s means of allowing as many souls as possible to reconnect to Him.

Nevertheless, regardless of how G-d solves this problem, a few points are particularly relevant to us. The first is to recognize the terrible sin parents do to their children when they do not pass on their heritage. Anyone who so much as knows he’s Jewish today only knows so because his forebears passed on their tradition for literally thousands of years. The parents which stopped it, failing to teach their children what it means to be a Jew — or simply allowing their children to attend public school and slip through the cracks, may have even thought they were doing them a favor — relieving their children of the burden of their Jewishness. But in fact such parents did their children a terrible, cataclysmic disservice. Their children, as well as all their descendants, will basically have no easy way to reconnect to G-d, of undoing the damage and scaling the distance imposed upon them by such thoughtless parents.

Secondly, this law provides all of us with a sobering sense of the enormity of the task before us — those of us who do know. Those of us who teach Torah — or who simply know enough to share with others — are confronted with a colossal mission: to reach everyone, to give every single Jew the opportunity to reconnect to his or her heritage. And based on the Rambam today, this isn’t just a matter of personal enrichment. It is saving lives. The Mishna states that anyone who preserves a single Jewish soul [from death], the Torah considers it as if he has preserved an entire world (since it saves all his descendants from destruction as well) (Sanhedrin 4:5). And if the Mishna states so regarding preserving a man’s physical life, all the more so with his spiritual. We have much work before us. All I can do is pray that G-d provide us the strength and inspiration to rise up to the challenge, and to become the conduit to enable every one of God’s children to reconnect with their Father in Heaven.